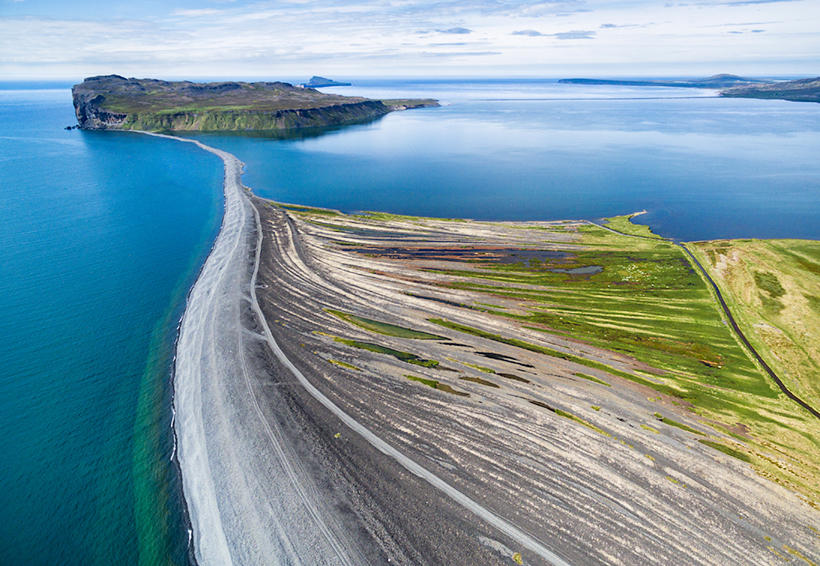 An example of the photographer's Iceland work. Photo: Paul Oostveen

Dutch photographer Paul Oostveen is the artistic force behind a series of magnificent aerial shots of the Icelandic coast, land and rivers.

“From the air, familiar and unfamiliar spots often look surprisingly different,” writes Oostveen on his website Luchtbeeld, which means ‘aerial image’ in Dutch.

“I look particularly for striking compositions with natural shapes, patterns and colours.” Almost all of his Iceland pictures are taken using a Phantom camera done, other from a helicopter. The drone photographs were taken in July 2015 in western and northern Iceland.

Oostveen lives in the Netherlands, but is a regular visitor to Iceland. His stunning aerial photographs of Iceland can be found here.