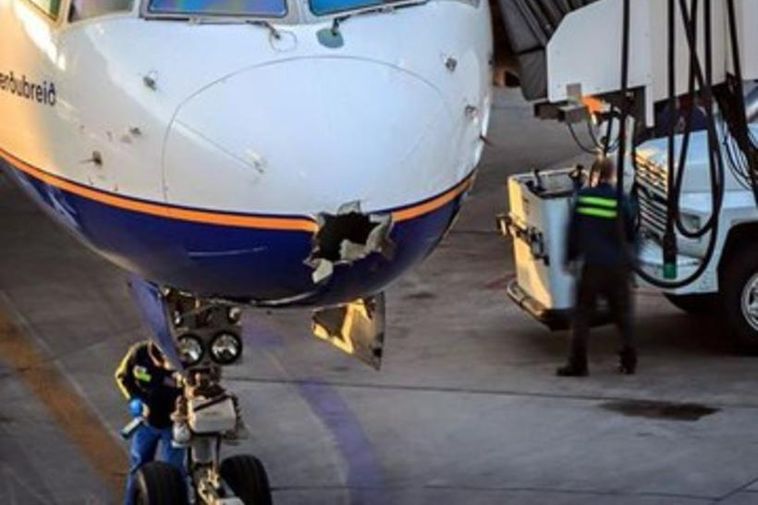 An Icelandair Boeing 757 aircraft en route to Denver was struck by lightning shortly after take-off on Tuesday from Keflavik International Airport (KEF).

“There was a very loud bang and a bright flash,” said passenger Nathen Maxwell to The Gazette (US). “I thought there would be an emergency landing or we would need to turn back or divert.”

Shortly after the strike, however, the captain of the jet informed the passengers of what had happened and that there was no danger. Once the aircraft had landed safely in Denver, the fuselage was inspected and a hole was discovered in the nose cone.

According to a Guðjón Arn­gríms­son, Communications Officer at Icelandair, aircraft lightning strikes are much less frequent in Iceland than elsewhere. “Aircraft are designed to withstand lightning strikes, but of course when it happens the crew conduct specific checks. If nothing is amiss, they fly on.” The damage to the jet’s nose affected neither the flight, nor the aircraft itself.

“They should have turned around”

News of the incident was first reported in 9NEWS (see here). According to Greg Feith, 9NEWS aviation expert, the decision to continue on to Denver was wrong. “They should have turned around. It's a prudent thing to turn around, because you don't know what the damage is,” he states.

The last time an Icelandair aircraft was struck by lightning was in December on approach to Billund, Denmark.