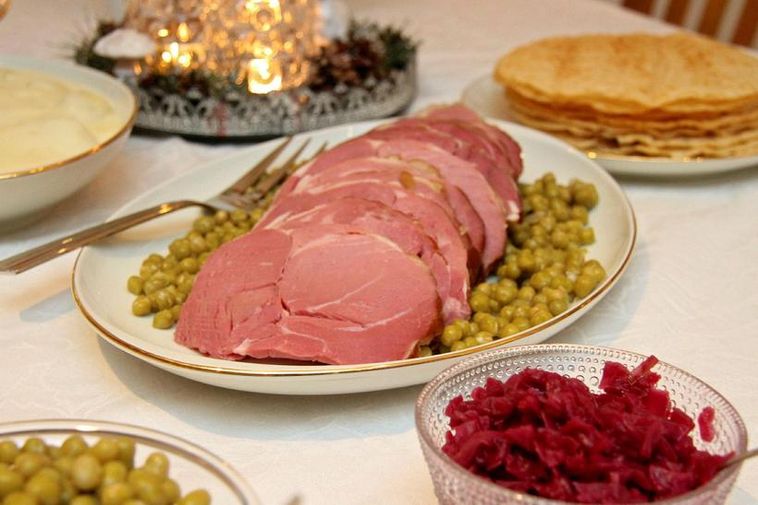 Hangikjöt is a traditional smoked lamb.

Hangikjöt, the traditional smoked lamb is the most popular dish to eat on Christmas Day according to new figures. Sixty-nine percent of Icelanders are going to eat hangikjöt on December 25th.

Nine percent will be having gammon, four percent turkey and four percent other kinds of lamb than the smoked one. Vegan dishes are also more popular than ever but only count for three percent of the population.

The main celebration of Christmas in Iceland however takes place on the eve of December 24th with a festive dinner but most people enjoy either a late lunch or dinner with families on Christmas Day.

Hangikjöt is served cold, like ham, with béchamel sauce, potatoes and peas and sometimes red cabbage.