Is Iceland the most veggie-friendly country in Europe? A new map produced by Jakub Marian ranks Iceland as the most vegetarian-friendly country in Europe, with 24.8 vegetarian and/or vegan restaurants per 1 million inhabitants.

Indeed, in the case of Iceland, 24.8 restaurants/1 million inhabitants works out at eight restaurants for the whole actual population of around 330,000.

Seven of the eight restaurants are in the capital Reykjavik or nearby rural areas, while the eighth is close to the North Iceland town of Akureyri. Nowhere else in the country has any vegetarian and/or vegan restaurants listed at HappyVow at all. 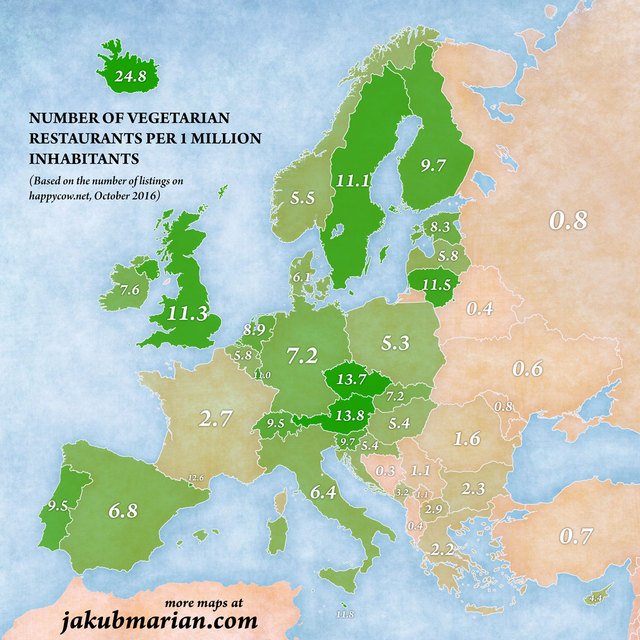