A beer made from skyr 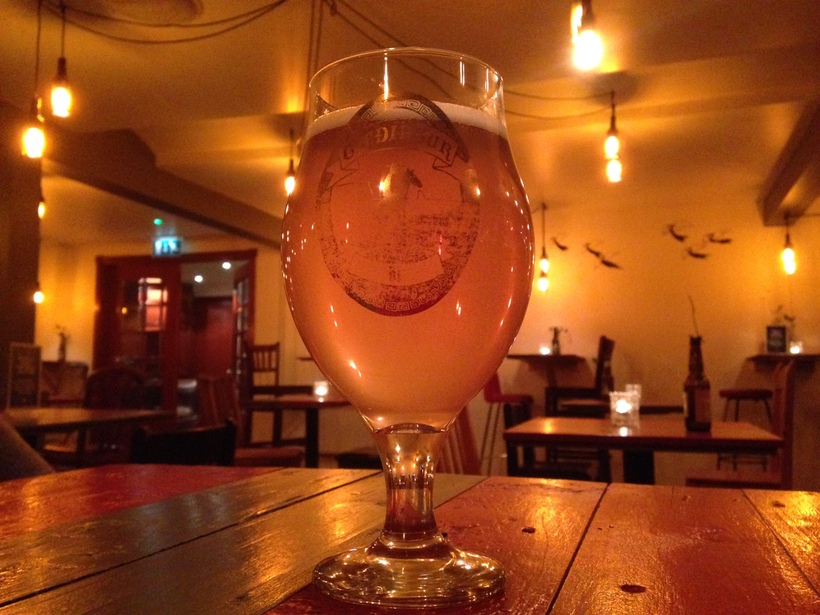 At first glance beer and the Icelandic dairy product skyr don’t have much in common. And they didn't, until just recently. Three breweries from Denmark, The United States and Iceland correlated in making a beer together, the result is Skyrgosi. The style is the German Gose which gets it tang from skyr. The style name is similar to the Icelandic word gosi, which means joker, so the name of the beer is not as silly as it may seem.

The beer was awarded the best beer at the Hólar Beer Festival last year. It has had its trial run and the 2 nd edition is now available at the MicroBars (one in Reykjavik, the other in the small town of Sauðárkrókur in Northern Iceland), with a little changes and improvements from the first batch, according to the brewer.

“The beer has been available since Saturday at both bars,” says Árni Hafstað owner of the MicroBars and the Icelandic Gæðingur Brewery, where the beer is made. “And let’s say that it is obvious that the crowd is not the same… in Sauðárkrókur there are more country folks. A lot of people asked for the beer but we insisted on giving everyone a taste before purchase. I don’t think anybody actually bought it!” According to Hafstað the beer is quite sour and not necessarily to everyone’s taste, although the city dwellers seem to like it, as it is very popular at the Microbar in Reykjavik.

The beer was not the only hit as the label was considered very smart, the logo being designed by Hafstað’s 11 year old son. 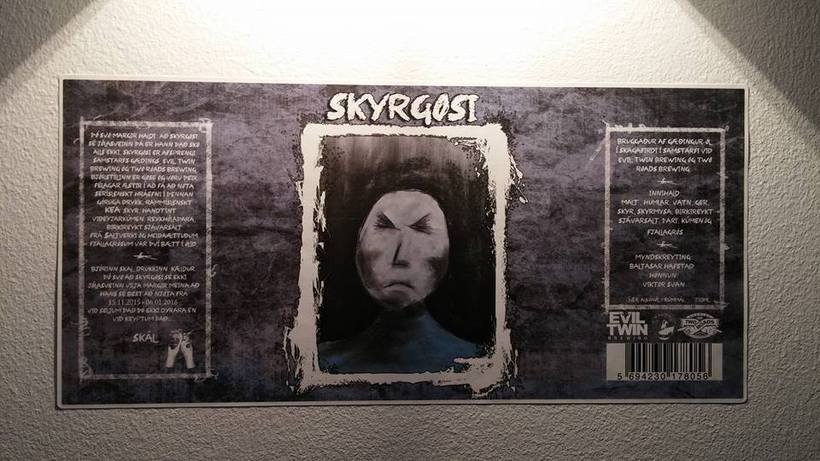 The logo was designed by Hafstað's eleven year old son

The correlation started with the Danish brewer Jeppe Jarnit-Bjergsø of Evil Twin (twin brother of the well-known brewer Mikkel Bjergsø of Mikkeller) and the American brewery Two Roads deciding to make a beer together. But where? The obvious answer has to be Iceland, where the continents of Europe and America meet.

Árni Hafstað heard of this plan and wanted to join in, offering his brewery as a place it could all happen. “They jumped right on board and sent me the recipe,” Hafstað says. “But I had some trouble finding one of the ingredients, a specific type of malt that affects the sourness of the beer.”

As the theme of the beer was to be Nordic and many of the ingredients are local to Iceland, like iceland moss, caraway seeds from Viðey, Icelandic sea salt and kelp from Reykhólar, the obvious solution to Hafstað was to find an Icelandic substitute.

Being a connoisseur of traditional Icelandic delicatesse like ram’s testicles and lamb’s heads, pickled with mysa, the sour liquid that is the by-product of skyr, he decided that adding skyr would indeed be the perfect way to reach the level of sourness they wanted. “The other brewers agreed and it is in fact the only part I have in this recipe.”

As the beer was such a hit Evil Twin and Two Roads brewed 32.000 litres of it last fall. “They invited us to come,” Hafstað says, “Everything was ready and the only thing missing was the skyr so it was a bit ceremonial when we arrived with it and poured it in.”

Abroad the beer is called Geysir Gose, referring to the birthplace of the beer. The other two breweries joined forces on this one so it is sold under the label Two Evil. 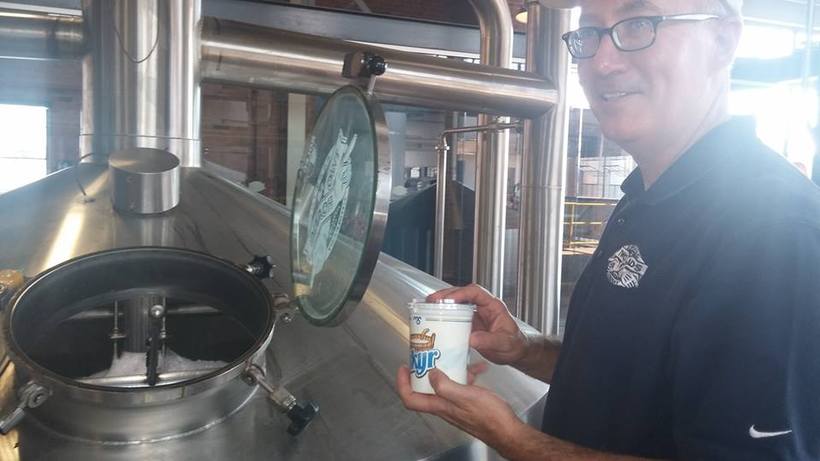 Phil Markowski, the brewer of Two Roads, with a can of skyr