Everybody is watching "our girls" 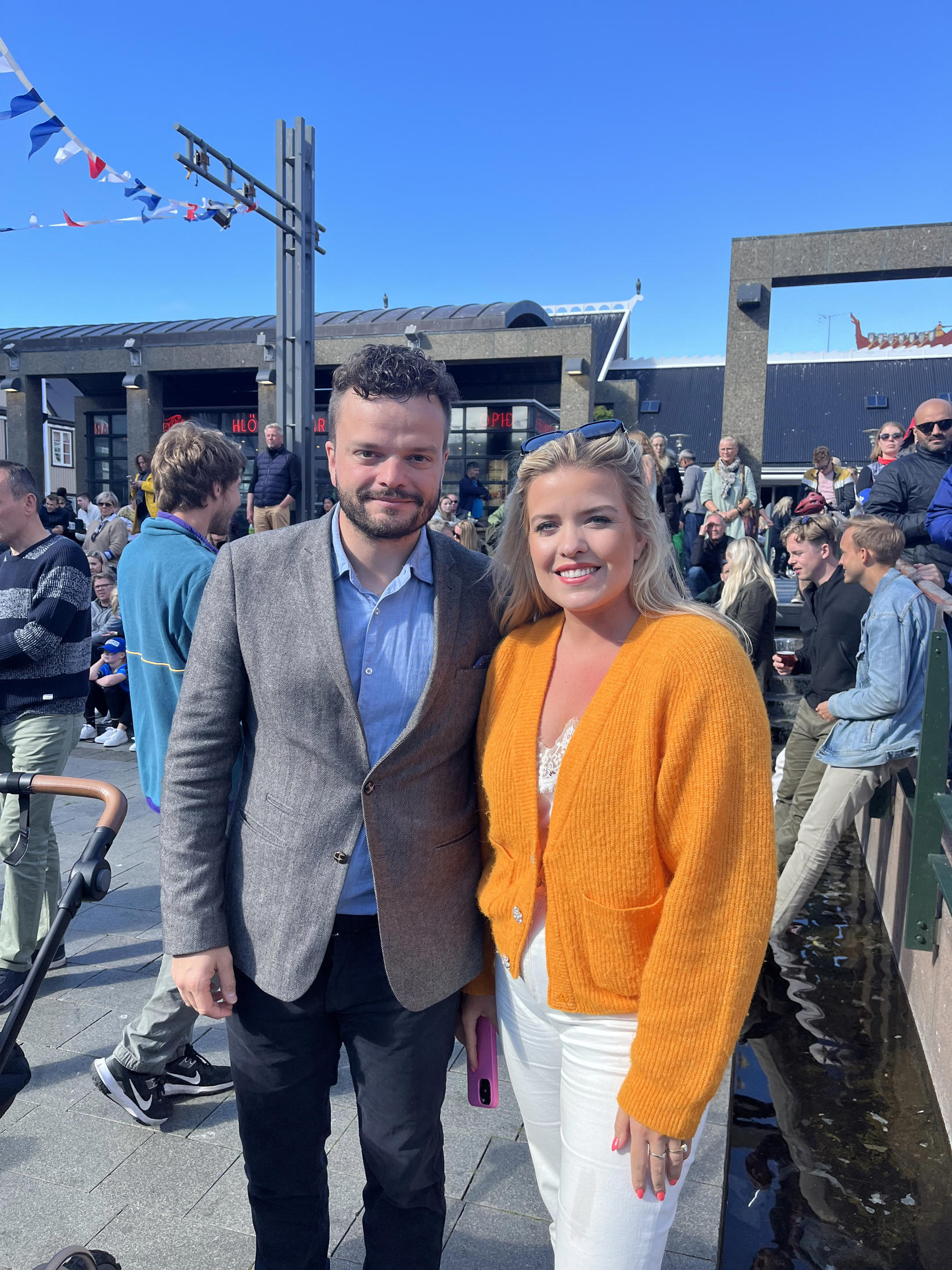 Áslaug Arna Sigurbjörnsdóttir the Minister of Science, Industry and Innovation of Iceland was watching the game with her brother Magnús to support "our girls". mbl.is/Veronika

Downtown Reykjavík is packed, especially the square Ingólfstorg , named after Ingólfur Arnarson, usally seen as the first nordic settler in Iceland. The reason why is that the Icelandic female football team is playing in the UEFA Women's EURO in Manchester, England. Today they played the Italian team, which ended with a draw, 1-1, just like the game against Belgium.

Thirty people entourage from one family for Iceland vs. Belgium

The Icelanic fans are proud of "their girls" after they ended the game against Italy with 1-1 and hope they will come charged to their next game.

Áslaug Arna Sig­ur­björns­dótt­ir, the Minister of Science, Industry and Innovation of Iceland, was one of the people watching the game on Ingólfstorg. She said she was proud of the girls.

"It was a bit disappointing, and I obviously would have wanted to see them win, like we all. They really should have, because they were playing great and they have taken the female football to another level and a really beautiful game. I am proud of them, and Karólína's goal was spectacular," Sigurbjörnsdóttir says to mbl.is. 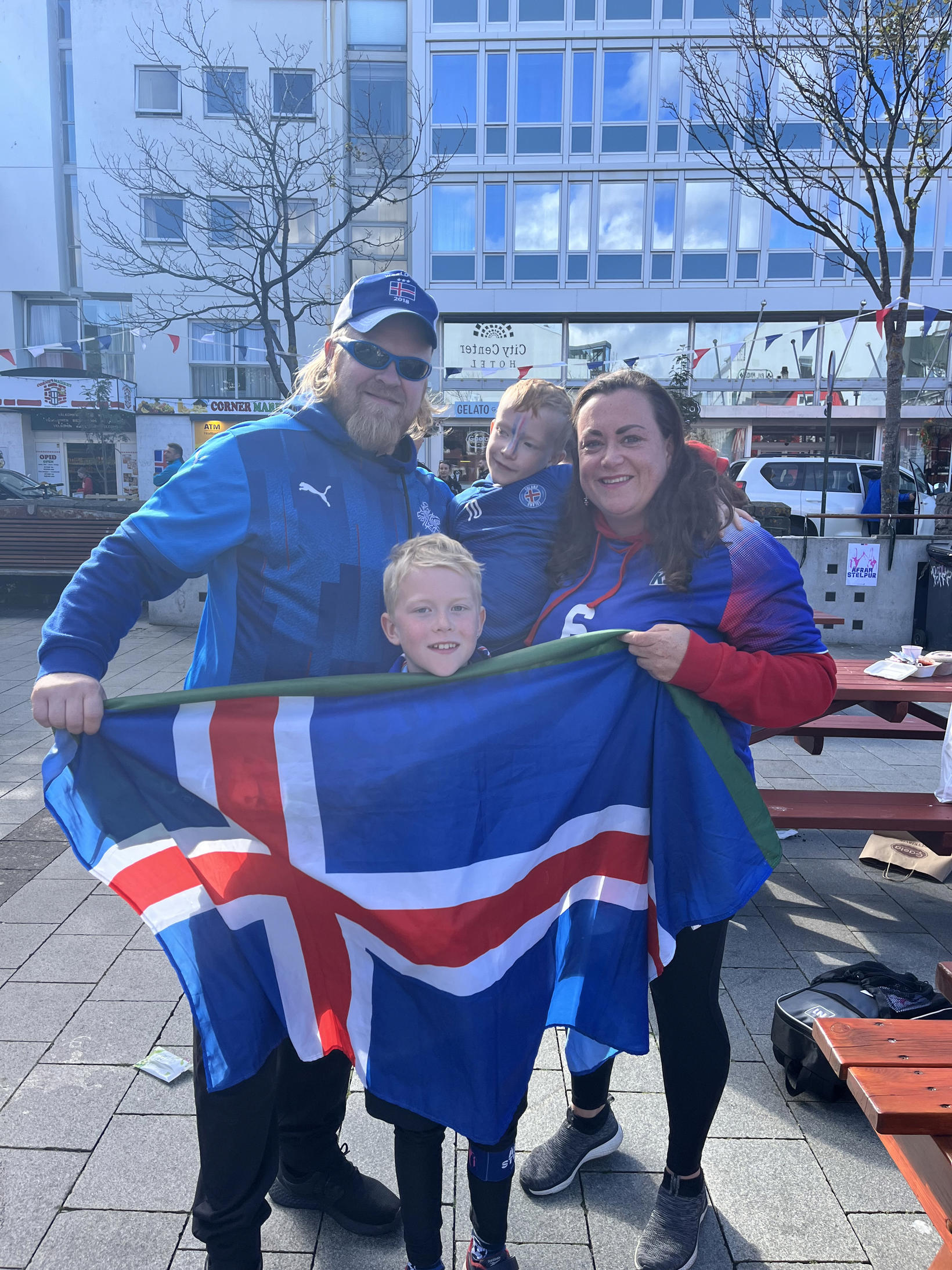 True fans in blue with the Icelandic flag. mbl.is/Veronika


Going to show up for the next game

Fans of the Icelanic team are going to show up for the next game and support the girls and hope they will win.

"This game didn't go quite the way we wanted. But, maybe it was fair at the end, I don´t know. We should have used the opportunities better," says Axel Fannar who was sitting at the front with his family, watching the big screen on the square.

- Are you going to come again for the next game to support the girls? 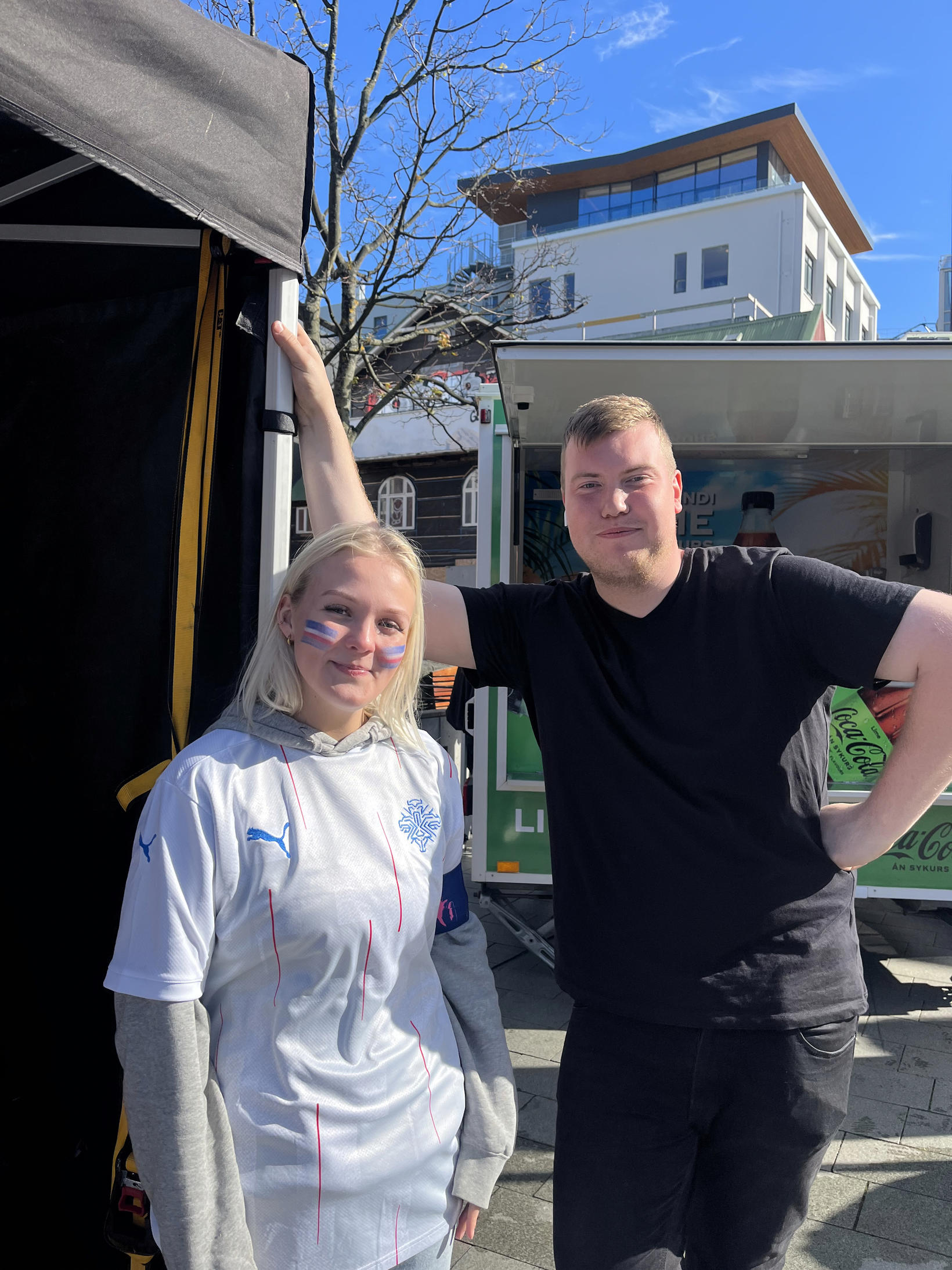 "This was upsetting. We should have won this game. Based on the opportunities we got, we should have won," says Björgvin, who was working in a sales stall on the square. "But we were definitely the better team today." 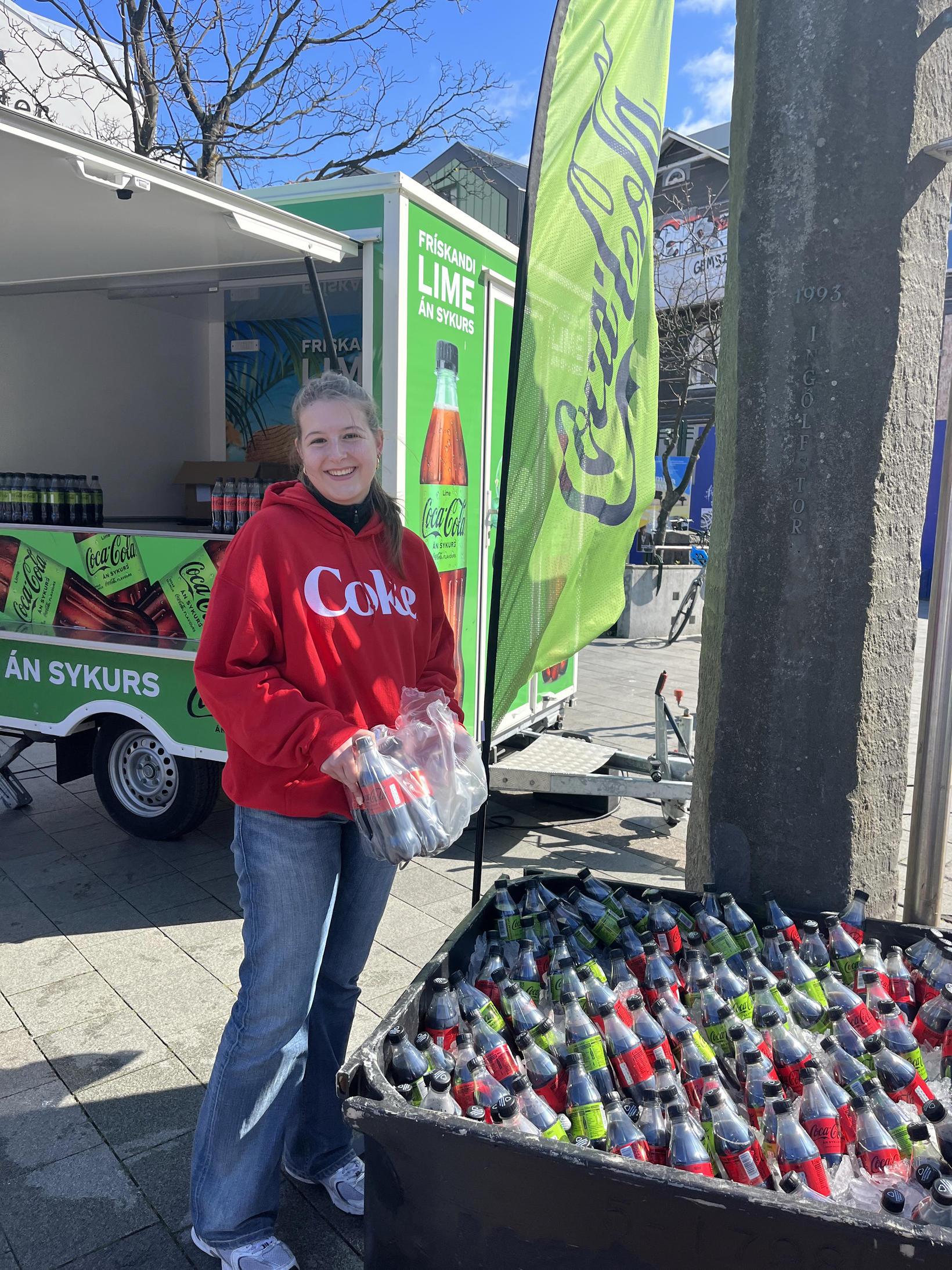 Katrín made sure everyone could have a cold drink while watching the game.

Katrín came to to see the first game in the UEFA square on Ingólfstorg today. She made sure people were well hydrated during the game, and provided free drinks from her stall.

She did not expect this crowd. "I did not think that many people would show up. When the game was starting there were not that many, but more and more people came as time passed," she said and adds that the mood was fantastic and people were really having fun watching the game.

"The atmosphere and the mood is great here and the kids were playing football in fron tof the big screen. The weather has been fantastic and there are a lot of people here," says Sigmundur Sigurgeirsson, the local mbl.is reporter in Selfoss. People were watching the game in the new downtown area in Selfoss. 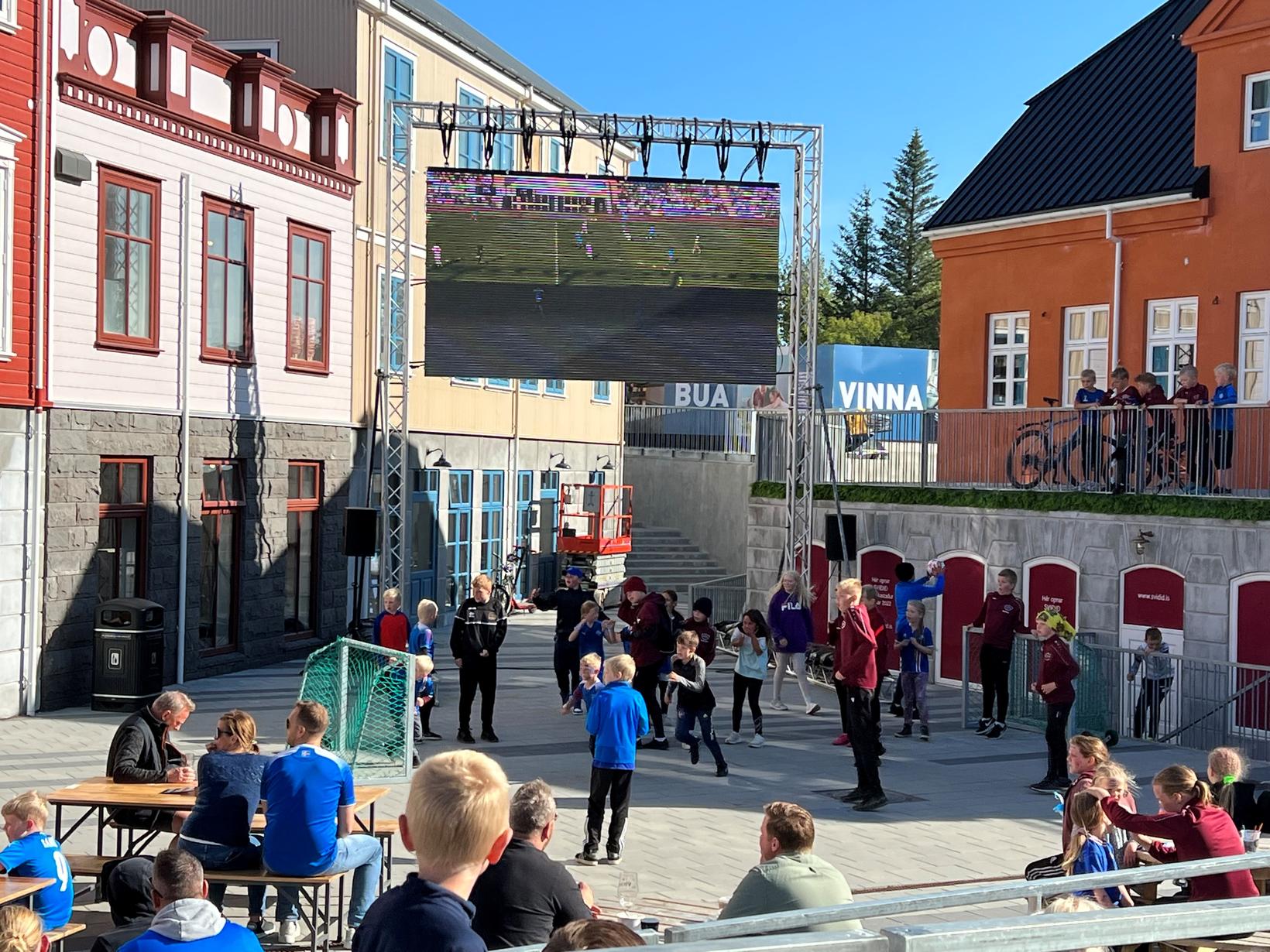 The game up on the big screen in downtown Selfoss,and kids playing football in the good weather. mbl.is/Sigmundur Sigurgeirsson

"The sun is shining, the weather is great and there are a lot of people here. Next time we will hope for a win," he says and adds that there is a new bar opening at the new downtown square in Selfoss called Miðbarinn. 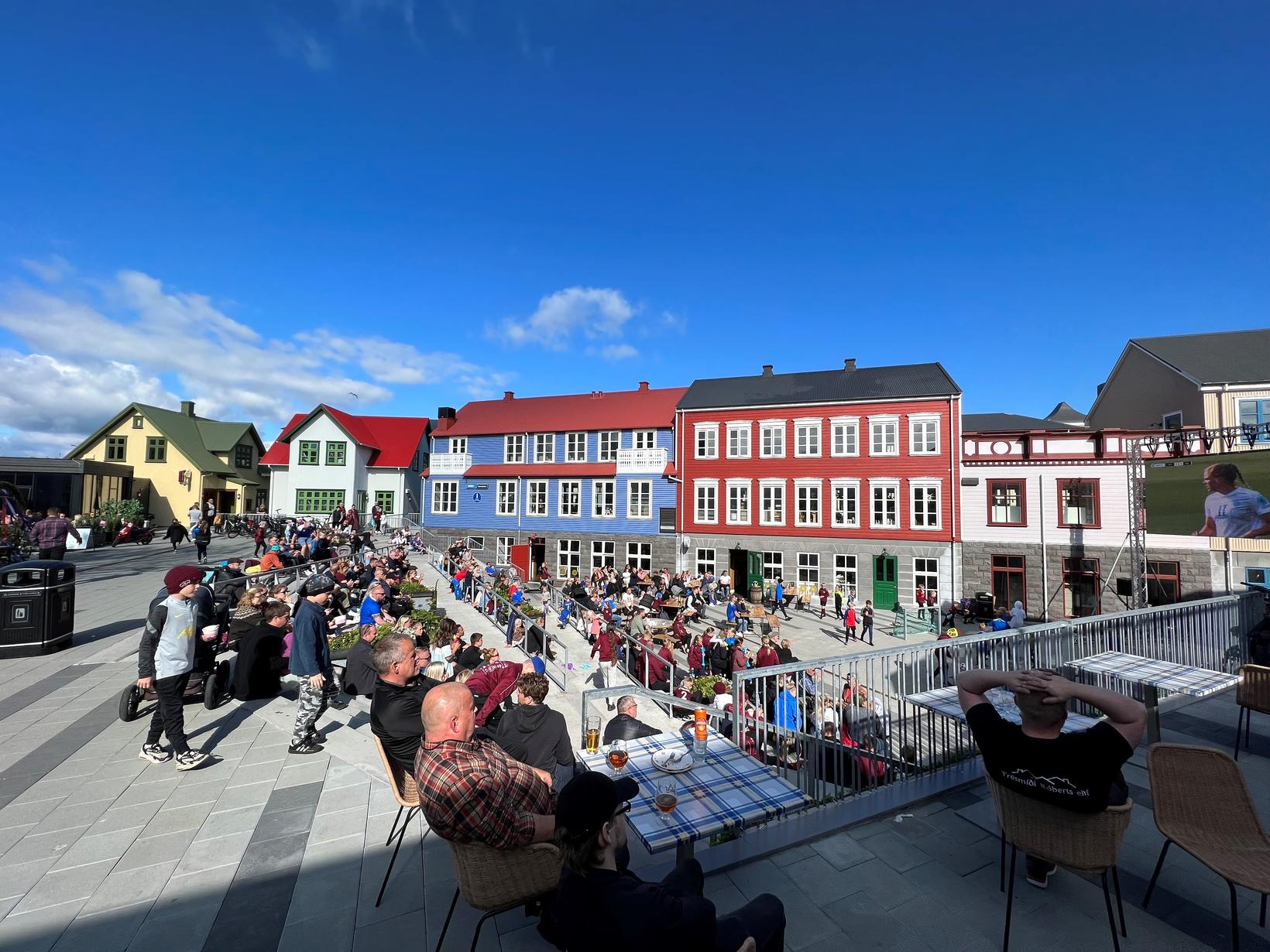 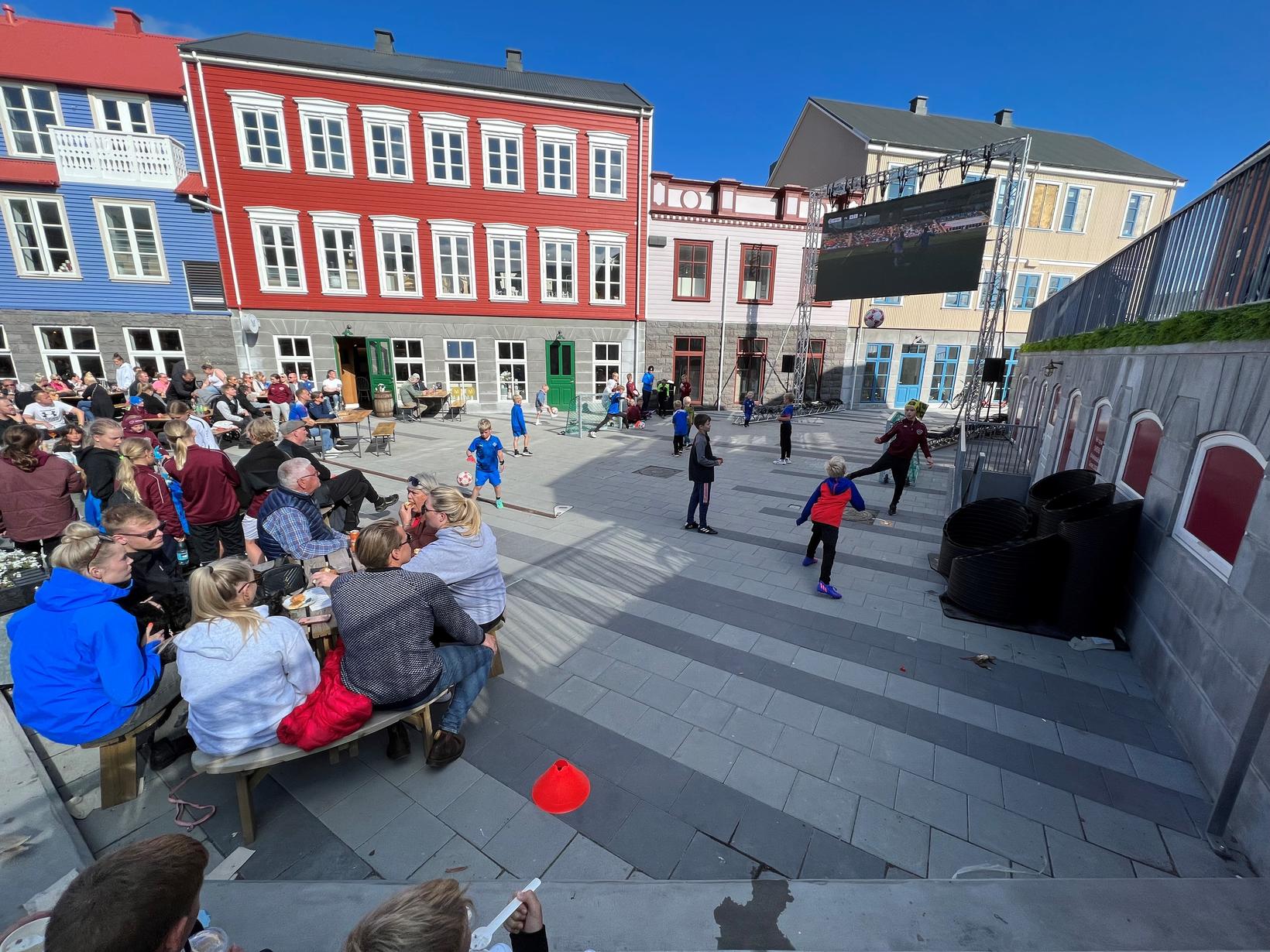