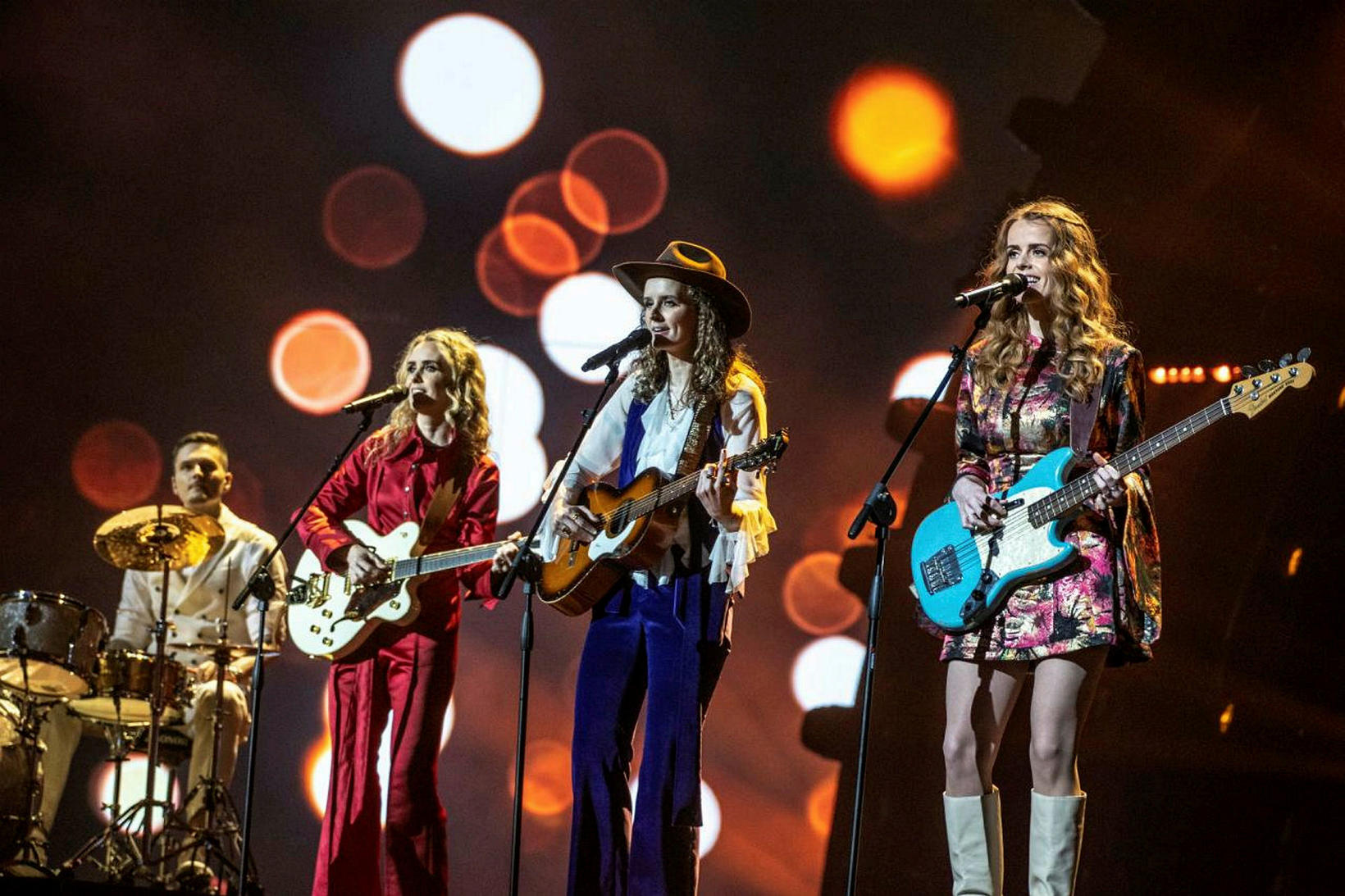 With Eurovision around the corner temperatures are rising in the country, but the three sisters, Sigga, Beta and Elín, are representing Iceland with the song "Með hækkandi sól" (As Days get Longer). Next Tuesday, May 10th, they are competing in the semi-final in Torino, Italy, for a shot at the final competition which will be held in Torino on Saturday May 14th.

Andrés Jakob Guðjónsson is an avid Eurovision aficionado and he believes the sisters might do well in the semi-finals, even though they have not been favoured by the Eurovision odds.

"I think Iceland is the dark horse this year. There are so many things that are going for the song. The songs that come before them in the semi-final is one thing and then the sisters are very charismatic and synchronized. The song gets 12 points with the judges and then they in the latter half of the semi-finals which is always good. You can laugh at me for the rest of the year, but my prediction is that Iceland will take the 4th place," says Guðjónsson. 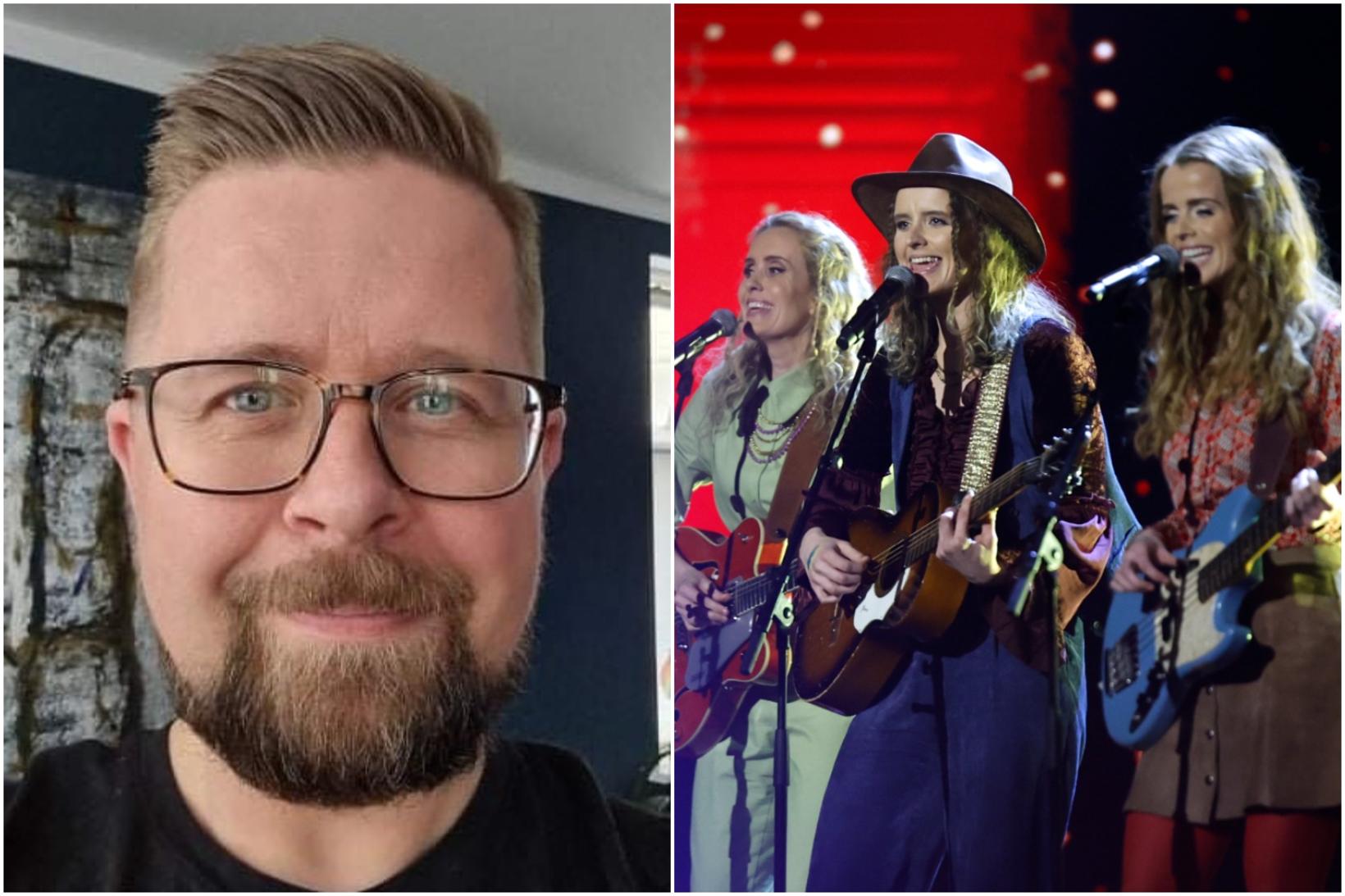 Andrés Jakob Guðjónsson believes the sisters might be the dark horse in the Eurovision song contest this year.

All the Eurovision specialists will lose it

Andrés was immediately fascinated with the song and the sisters and voted for them in Iceland. "Everything worked like a magic. Their stage presence, the lights, the outfits and it was clear that the group had it all together," he says.

"The excitement is almost unbearable after these two years of Covid and I believe that all the Eurovision specialsts will lose it when Iceland takes the stage. The Euro-nerds (me included) are excited about everything that is going on, as usual. But this year it is like a bear coming out of hibernation and we are predicting left, right and center about every single contender."

Guðjónsson will not make it to Italy this year but a few of his Eurovision friends are going and will be soaking up the fun Eurovision atmosphere with temperatures rising.

"A lot of nations have been welcoming refugees from Ukraine, both aid agencies and regular people are helping, so it will be a topic of conversation in Eurovision I believe. Eurovision has always been pro-peace, and the Eurovision song contest was formed in 1956 to counter warfare. The idea was to unite all of Europe, which is now feeling how fragile the bonds are when it really matters. Those in power in Europe will not let this pass," Guðjónsson says.

Guðjónsson cannot wait to see a few contenders on the big stage. He is very excited about the UK entry this year.

"Their song this year, Space Man, is very good and I hope the show will match its grandeur. It will also be interesting to see Azerbaijan this year, although I do not care for the song this year. However, they always push through regardless but I am interesting how they are going to present it visually because I can't see any show saving the song. I also look forward to seeing Sekret from Albania and even more the song Trenulețul from Moldovia: Hey ho! Let's Go! Folkelore Rock'n'roll. I think Moldovia this year is my guilty pleasure."

Listen to the sisters' cover of Loreen's 2012 winning song Euphoria which was recorded especially for Eurovision House Party.