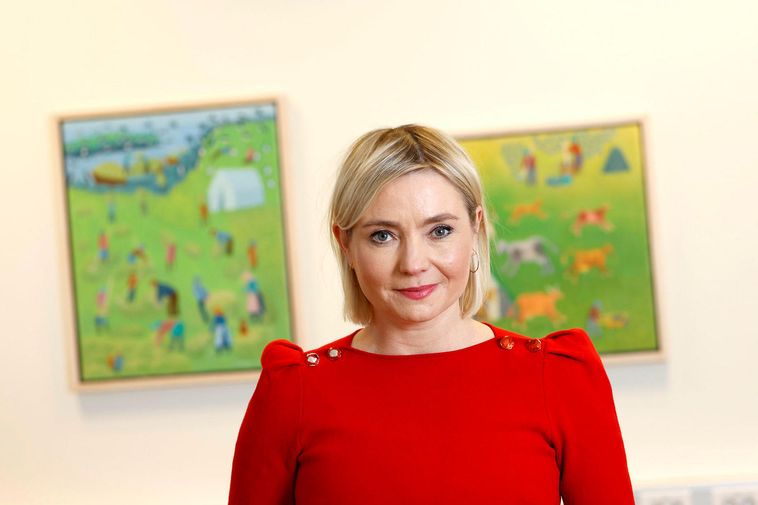 “The most important thing, I believe, is for children and young people to view this as their cultural heritage,” states Minister of Culture and Business Affairs Lilja Alfreðsdóttir, referring to the Sagas of Icelanders. She’d like the sagas to be accessible enough for children to relate to them, Morgunblaðið reports.

She notes that oftentimes, Icelandic children are not introduced to the sagas until the last grade of compulsory education, that is, at the age of about 15. She’d like that to happen earlier.

For the coming three years, she plans to change that by allocating money from the public fund Auður, which supports the publication of literature for children and youth, solely to books which focus on old Icelandic literature or Norse mythology.

Hildur Ýr Ísberg, who teaches Icelandic at Hamrahlíð Junior College, states there is no lack of school editions of the Sagas of Icelanders, where the sagas have been rewritten in modern Icelandic. She states that the students who read them generally enjoy them very much.

“As a result, we have limited access to that market,” he states, which causes publishers to focus instead on publishing books for secondary schools.

Lilja, Hildur and Heiðar agree that other kind of material that can increase interest in the sagas, such as online games and podcasts, should receive support as well.

Gísli Sigurðsson, research professor at the Árni Magnússon Institute for Icelandic Studies, agrees that it would be appropriate to introduce children to the subject of the Book of Settlements (Landnáma), the Sagas of the Icelanders, Sturlunga Saga, the main characters, and even their diction long before they read a whole saga. He points out that the sagas’ setting is Iceland and that they’re a living part of the landscape, giving it meaning and importance, which must be passed on to future generations.