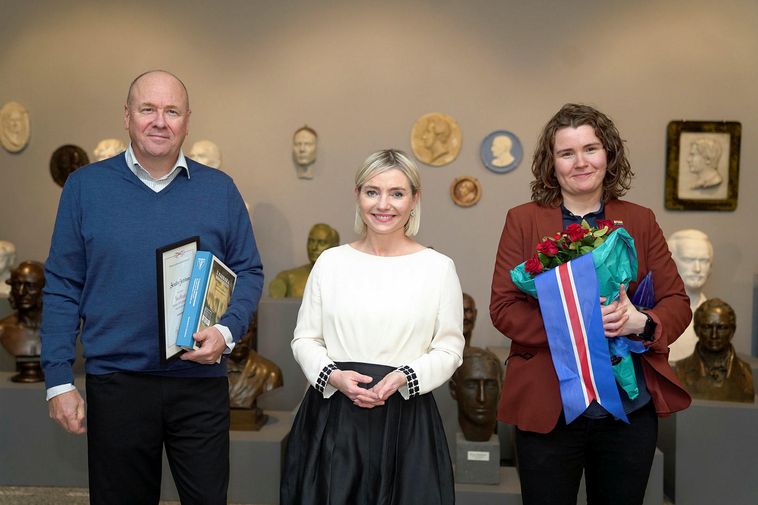 On the Day of the Icelandic Language, celebrated yesterday, crime fiction writer Arnaldur Indriðason received the Jónas Hallgrímsson award for his contribution to the Icelandic language, Morgunblaðið reports.

The Day of the Icelandic Language has been celebrated since 1996 in honor of our beloved poet Jónas Hallgrímsson (1807-1845), born November 17, who in the 19th century fought for the preservation of the Icelandic language, which at the time was threatened by Danish influence. Jónas was a master at creating new words, and thanks to him, our language possesses numerous descriptive words for concepts relating to astronomy, geology, meteorology, and all sorts of scientific phenomena.

Arnaldur describes receiving the award as a great and unexpected honor. “It gives you an indication that you’ve been doing something right for Icelandic readers and Icelandic literature, although the method used was not a traditional one,” he states.

The award is given annually to a person who in a special way has promoted or contributed to the Icelandic language through fiction, research or education, and passed it on to our youth.

Arnaldur’s crime novels have been translated into dozens of languages. He is asked if the award is a confirmation of the status the crime novel has received in Icelandic literature. Incidentally, his latest work is not a crime novel, but a historical novel.

“I believe the Icelandic crime novel proved its worth a long time ago,” he responds, “and I accept this award on behalf of all those who have contributed to that genre in recent decades with great success. We have an excellent group of crime fiction writers, including Yrsa [Sigurðardóttir] and Ragnar Jónasson, and others. Don’t forget that the crime novels have reached far beyond our borders and thereby brought attention to all genres of Icelandic literature.”

RÚV’s radio host Vera Illugadóttir received a special award yesterday for her radio program Í ljósi sögunnar (‘In Light of History’), where she relates various stories from around the world. Her podcast is very popular among listeners of all ages. She states she is grateful for having had a chance to tell all those stories, using the interesting mix of written and conversational vocabulary which radio has to offer.

The awards were presented by Minister of Education Lilja Alfreðsdóttir.