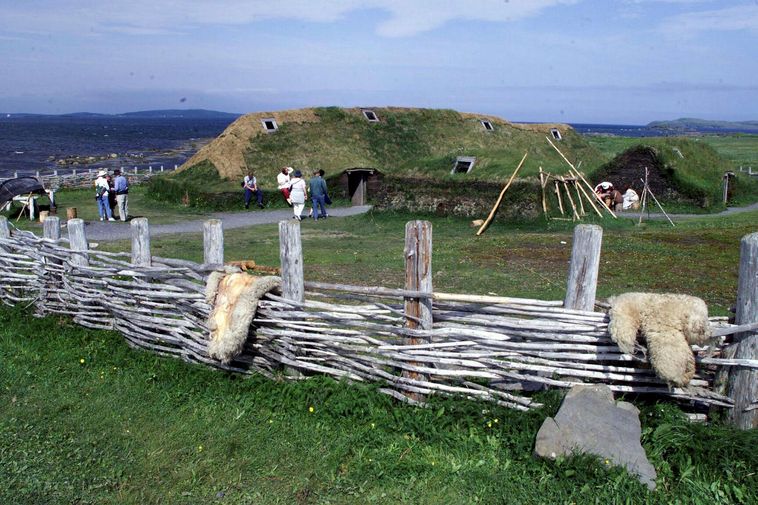 Scientists have found proof that the Vikings were present in Newfoundland in the year 1021, Morgunblaðið reports. That was reported in a research article, published in the scientific journal Nature yesterday.

It is widely accepted that the Vikings arrived in North America long before the arrival of Christopher Columbus in the Americas: their voyages are described in the Sagas of the Icelanders, and archeological findings in the 1960s in L’Anse aux Meadows, Newfoundland, support those accounts. The site is a UNESCO World Heritage Site. According to the researchers, evidence has revealed that the site used to be a base camp from which other regions were explored.

Still, many questions remain unanswered regarding the presence of Vikings in North America, including the timing. Until now, scientists have been unable to prove precisely when they arrived there. Therefore, the article published yesterday marks a milestone.

The researchers base their conclusions on the analysis of the tree rings of wood from timber-framed buildings in L’Anse aux Meadows, widely thought to have belonged to Vikings.

The wooden items analyzed “had all been modified by metal tools, evident from their characteristically clean, low angle-in cuts. Such implements were not manufactured by the Indigenous inhabitants of the area at the time,” the researchers state.

By employing a new kind of dating technique that uses a solar storm that occurred in the year 992 as a reference point, the researchers were able to determine the year of their presence.

As explained in The Guardian, “The new dating method relies on the fact that solar storms produce a distinctive radiocarbon signal in a tree’s annual growth rings. It was known there was a significant solar storm – a burst of high-energy cosmic rays from the sun – in AD992.

“In all three pieces of wood examined, from three different trees, 29 growth rings were formed after the one that bore evidence of the solar storm, meaning the wood was cut in 1021, said the University of Groningen archaeologist Margot Kuitems, the study’s first author.”

“We provide evidence that the Norse were active on the North American continent in the year AD 1021,” the researchers conclude. “This date offers a secure juncture for late Viking chronology. More importantly, it acts as a new point-of-reference for European cognisance of the Americas, and the earliest known year by which human migration had encircled the planet.”

Video: Viking sword was just "waiting to be picked up"