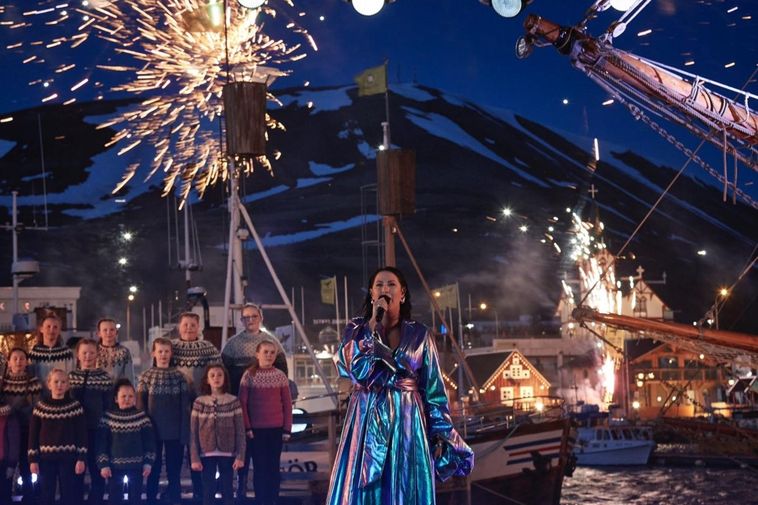 The video was made in Húsavík, North Iceland. Screenshot/YouTube
Vala Hafstað
vala@mbl.is

The song “Húsavík” from the film Eurovision Song Contest: The Story of Fire Saga did not win an Oscar last night at the 93rd Academy Awards, but the fact that it was nominated has given the residents of Húsavík plenty of joy and reason to celebrate, mbl.is reports. It was the song ‘Fight for You’ from the film Judas and the Black Messiah that emerged as a winner in the category Music (Original Song).

The short animated Icelandic film Yes-People, by Gísli Darri Halldórsson and Arnar Gunnarsson, which had been nominated in the category Short Film (Animated), did not win an Oscar either. The winner in that category was the short film If Anything Happens I Love You, by Will McCormack and Michael Govier.

For a list of all the winners, see here.

A video, recorded in Húsavík, North Iceland, recently, showing girls from the town, dressed in lopi sweaters, singing the song with Swedish singer Molly Sandén, was shown at the ceremony. You can watch it below.

Húsavík residents were glued to the TV screen last night. “It was an amazing evening,” states Kristján Þór Magnússon, director of the local council. “It was a great number, and all the girls who participated are delighted.”