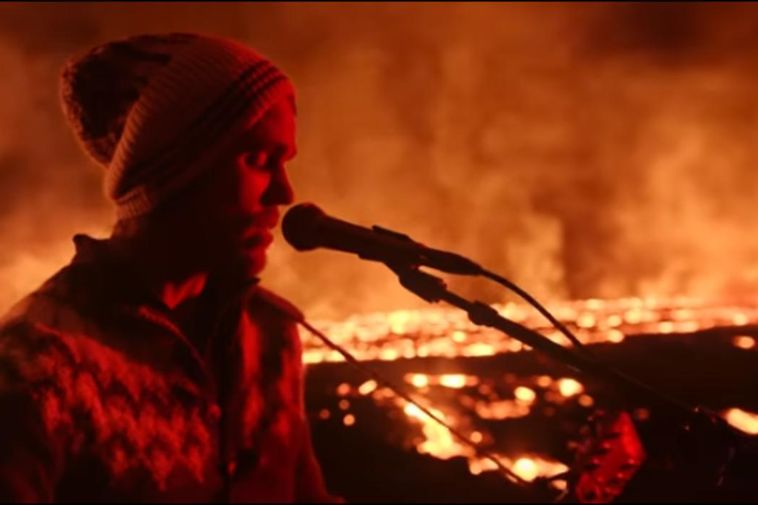 It’s hard to imagine a hotter location for a music video. It features Kaleo frontman Jökull Júlíusson, a.k.a. JJ Julius Son, performing in front of the erupting volcano. The song will be part of the band’s upcoming album, Surface Sounds, set to arrive April 23. The video, released Wednesday, has already enjoyed close to 300,000 views.

The band is known for making music videos at the most stunning locations. Previous locations include Þrídrangar lighthouse - on a rock off the coast of South Iceland; Þríhnúkagígur - the inside of a volcano in Southwest Iceland; and Jökulsárlón glacial lagoon in Southeast Iceland, where the band performed on an iceberg in the middle of the lagoon.