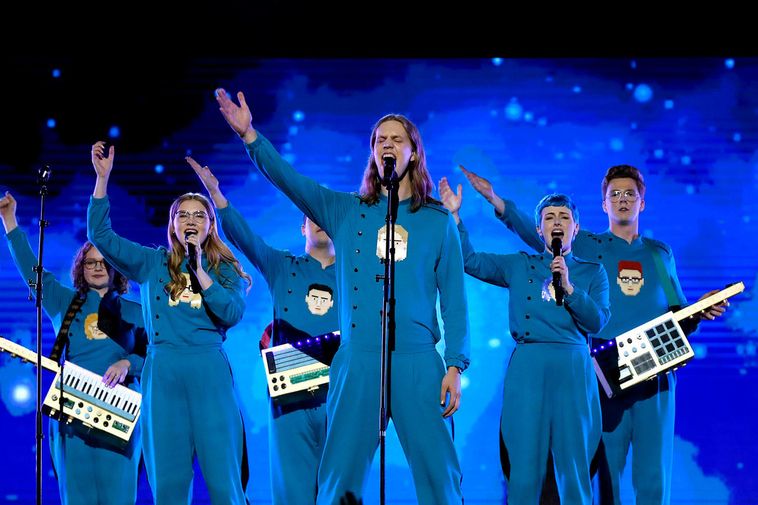 The song is about the ten-year-old relationship of Daði and his wife Árný, who is one of the group members. A children’s choir from  Langholtskirkja church, Reykjavík, performed with them.

The 2021 Eurovision Song Contest will be held May 18-22 in Rotterdam, the Netherlands. The annual international song competitions is organized by the European Broadcasting Union and includes contestants mainly from European countries.

Last year’s contest was canceled, due to the COVID-19 pandemic, but Iceland’s entry that year, the song ‘Think About Things,’ performed by Daði og Gagnamagnið, became a viral hit and was even regarded as a likely winner of the contest. In addition, that song made it to Time’s list of the ten best songs of 2020. See our previous report here.

Here is your chance to watch Daði and Gagnamagnið perform their new song, ‘Ten Years:’