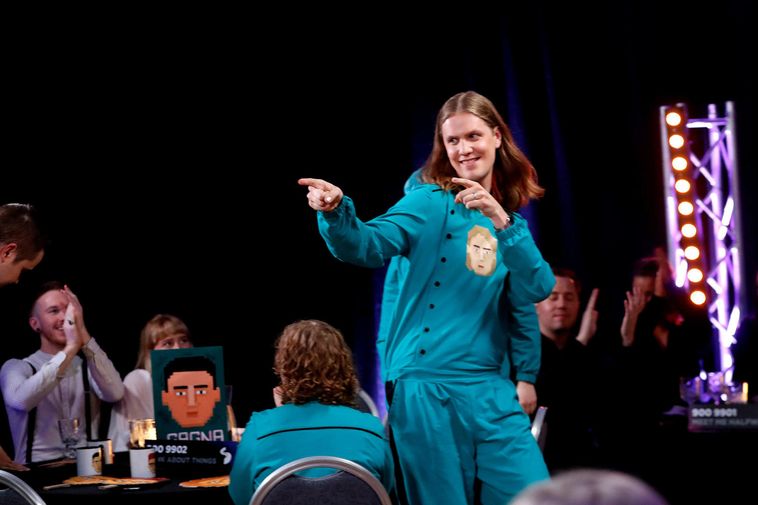 The song meant to be Iceland’s contribution to the Eurovision Song Contest this year has made it to Time’s list of the ten best songs of 2020. The song, “Think About Things,” composed by musician Daði Freyr Pétursson and performed by his group Daði og Gagnamagnið, is number six on the list and highly praised by Time.

“At once funky and futuristic, ‘Think About Things’ is the ultimate earworm: a warm, loving slice of electropop, with a slinky synth line, catchy chorus and groovy bass,” the review reads. “Released by the Icelandic singer Daði Freyr Pétursson and his group—which consists of his sister, wife and friends—it was initially destined for the stages of the annual Eurovision Song Contest, one of Europe’s kitschiest and most popular TV traditions. But after the annual competition was canceled for the first time in its 65-year history, the song—the supposed frontrunner—took on a life of its own as a viral hit, thanks to a quirky quarantine dance challenge set to the song that spread rapidly across social media. Written for the artist’s infant daughter, its universal message of unconditional love and tender curiosity hits the right notes well beyond the glitzy Eurovision stage.”

At the top of the list is the song “People I’ve Been Sad,” with Christine and the Queens, and other musicians on the list include Megan Thee Stallion, Bad Bunny, Bree Runway, Mac Miller, Morgan Wallen, Stray Kids, Price Kaybee and Shimza, and Oneohtrix Point Never. You can view the list here.

Daði Freyr will be representing Iceland at the 2021 Eurovision in Rotterdam, the Netherlands, in May, mbl.is reports.

Enjoy watching Daði and his group in the video below: