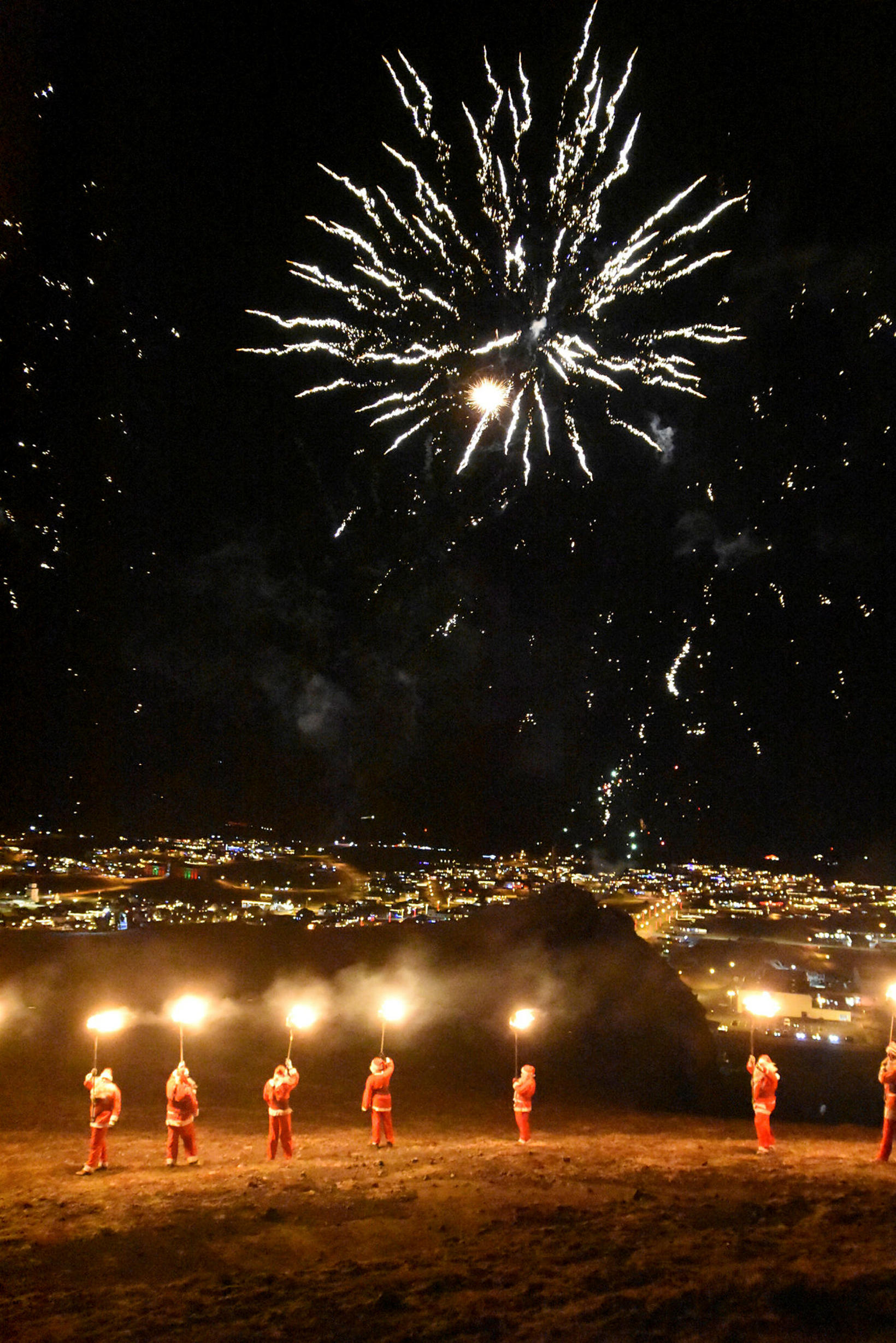 Icelanders celebrated the 13 th and last day of Christmas last night by shooting fireworks, but other than that, the celebration was very different from usual, since all bonfires had been canceled due to the COVID-19 pandemic. 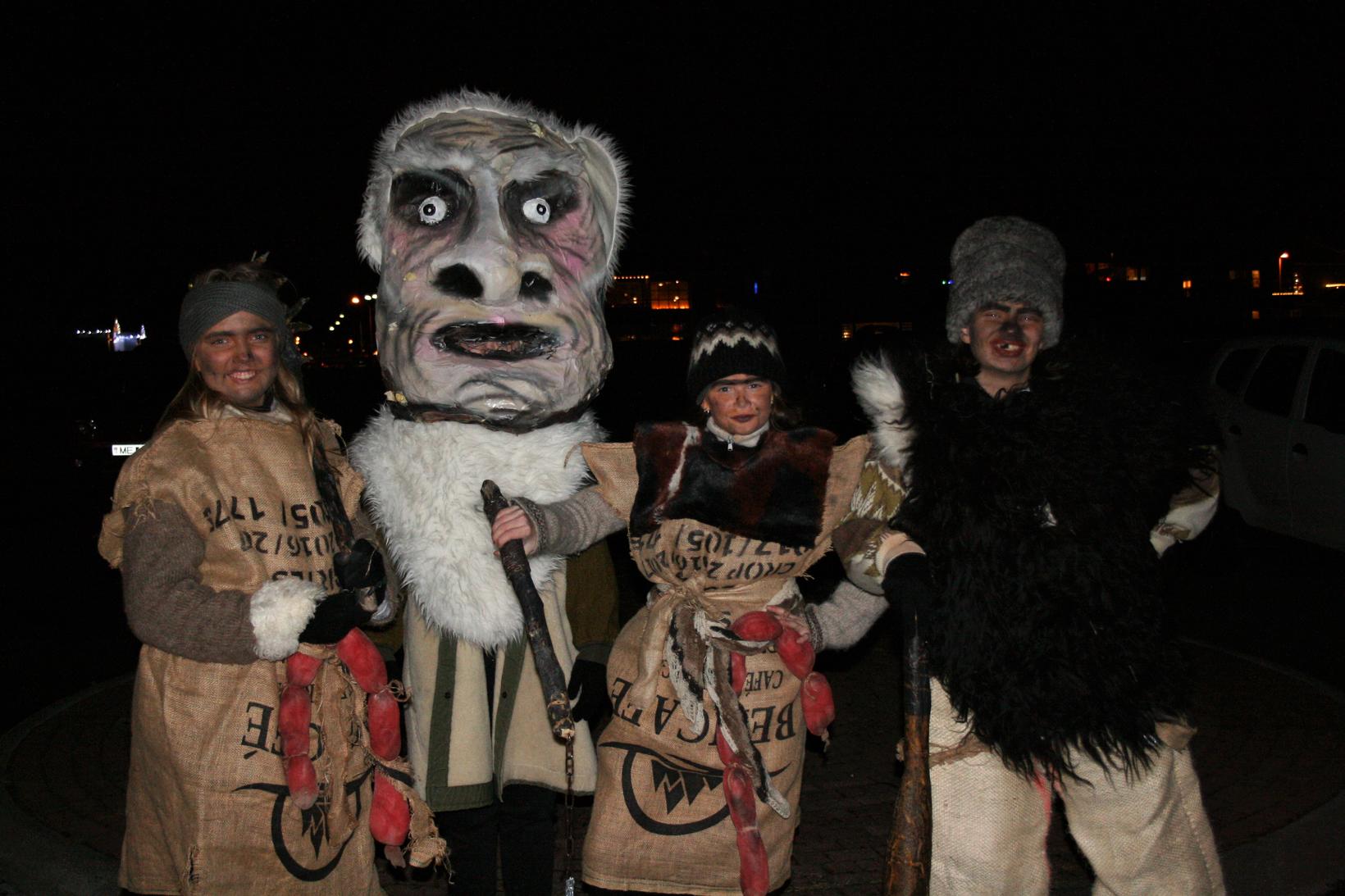 Some of the scary creatures seen in Reykjanesbær last night. mbl.is/Svanhildur Eiríksdóttir

The 13 Yule lads kept a safe distance from the children and waved them goodbye before returning home to the mountains. 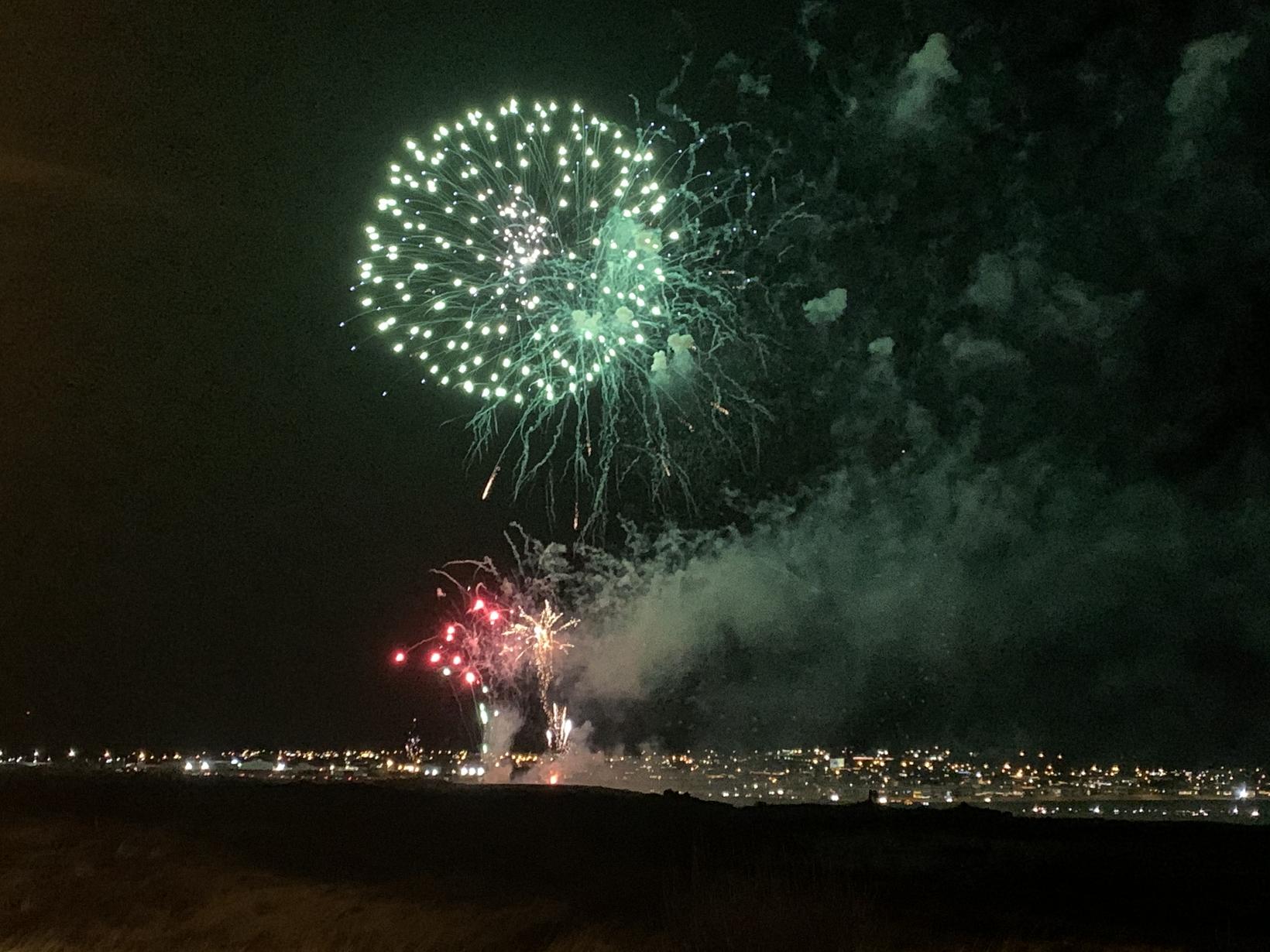 
In Reykjanesbær, Southwest Iceland, the celebrities were different from usual as well, mbl.is reports. People were encouraged to remain in their cars in a parking lot while first listening to musician Ingó the Weather God perform on the radio and then watching fireworks, organized by the Suðurnes rescue team. Meanwhile, demons strolled from car to car, scaring people.

When the fireworks came to an end, spectators showed their appreciation by honking the horns of their vehicles.