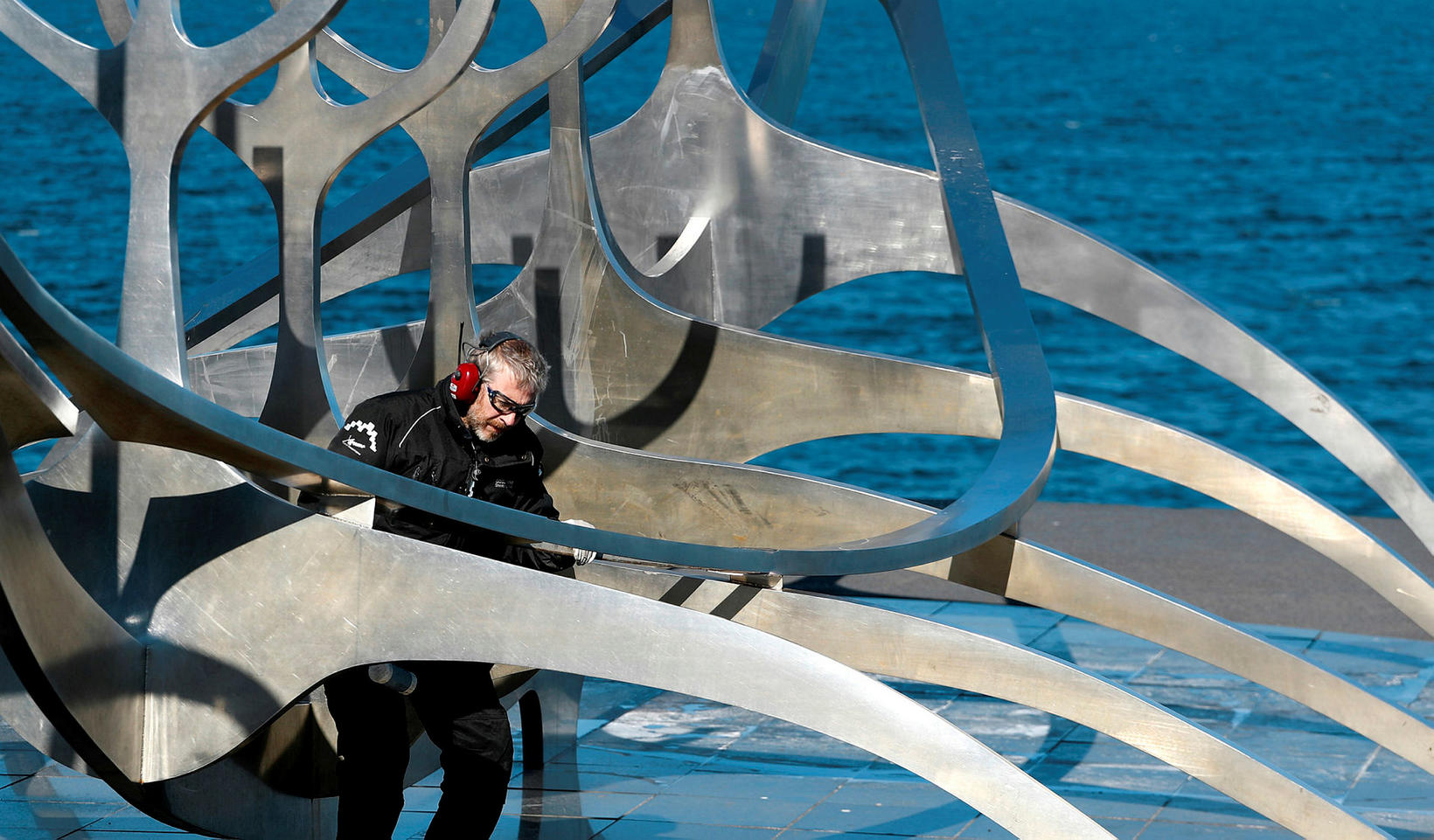 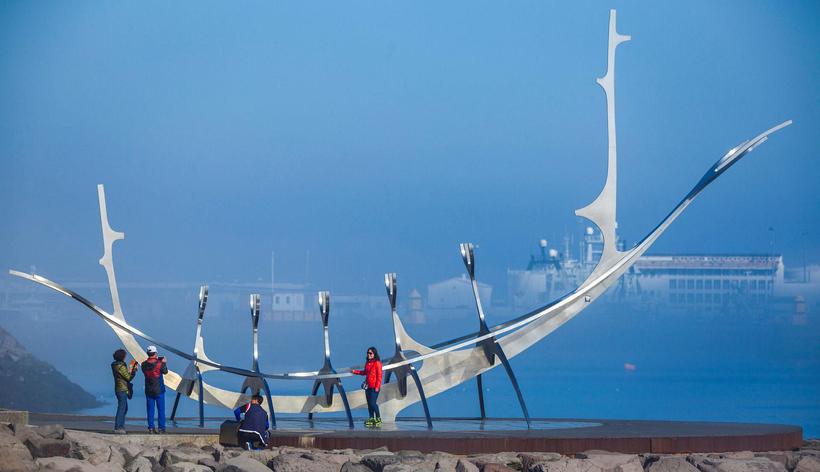 The Sun Voyager has long been very popular among tourists. mbl.is/Árni Sæberg

The sculpture, made of stainless steel, has long been immensely popular with tourists. It is described as a dreamboat of hope and light - an ode the the sun. It symbolizes the promise of an undiscovered territory, search, progress and freedom. 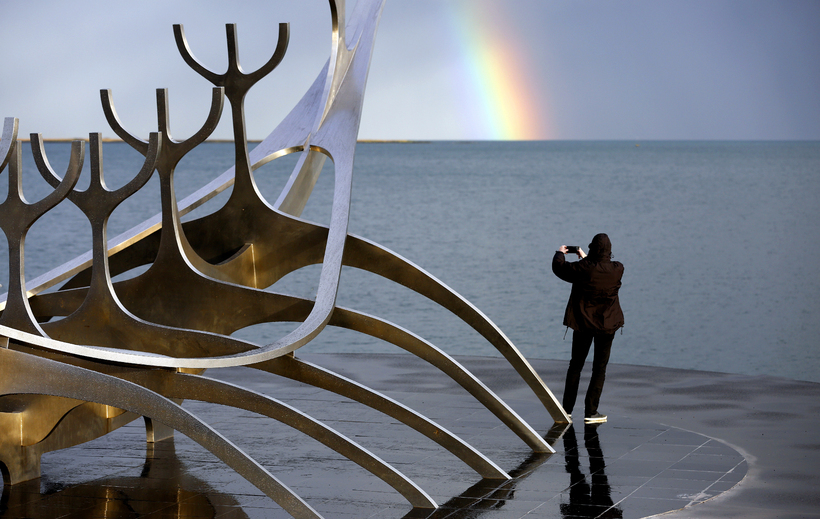 On the occasion of Reykjavík City’s bicentennial in 1986, the Association of Residents of West Reykjavík held a competition for an outdoor work of art, where the Sun Voyager emerged as the winner, according to artmuseum.is . The work was unveiled on August 18, 1990. The artist had passed away the previous year.