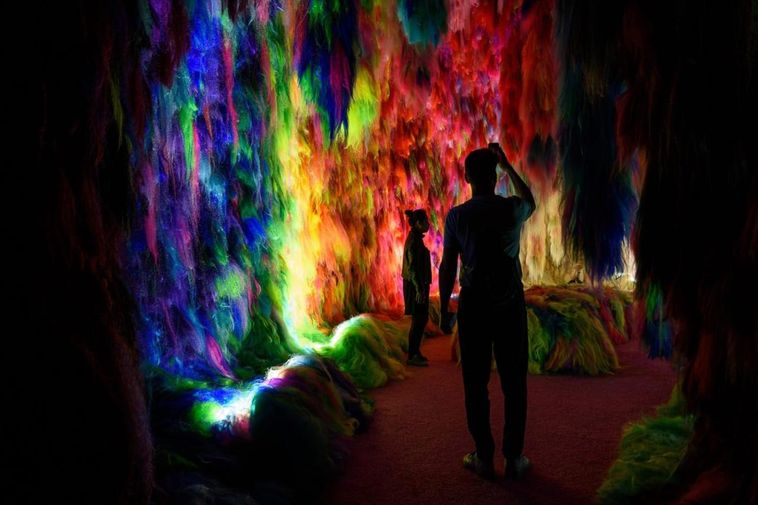 From Chromo Sapiens, the exhibition of Hrafnhildur Arnardóttir, a.k.a. "Shoplifter," at the Reykjavík City Museum. Photo/Yellow Trace
Vala Hafstað
vala@mbl.is

Despite the ban on public gatherings of more than 100 people that took effect in Iceland Monday, the City museums in Reykjavík will remain open, according to a press release.

They include the Reykjavík City Museum, the City Library, and the Reykjavík Art Museum. All of them will maintain normal operating hours during the ban.

The reason for this decision is that  the museums expect only a few guests at a time, and their premises are spacious enough to allow the mandatory two-meter distance between guests.

Museum events, however, will be cancelled or postponed while the ban is in effect. Furthermore, all guided tours at Árbær Open Air Museum and Óðinn Coast Guard Vessel have been canceled.

No festival, organized by the city, is scheduled for the next four weeks, but the status will be reassessed regarding the Children’s Culture Festival, scheduled April 21-26, and other festivities as the situation develops.

As a precautionary measure, cleaning of the city’s museums has been increased, and there is access to sanitizers for guests and staff. Handrails, bags, touch screens and door handles are cleaned at least twice a day, as well as toys and more.