Christmas Tree Made of Steel 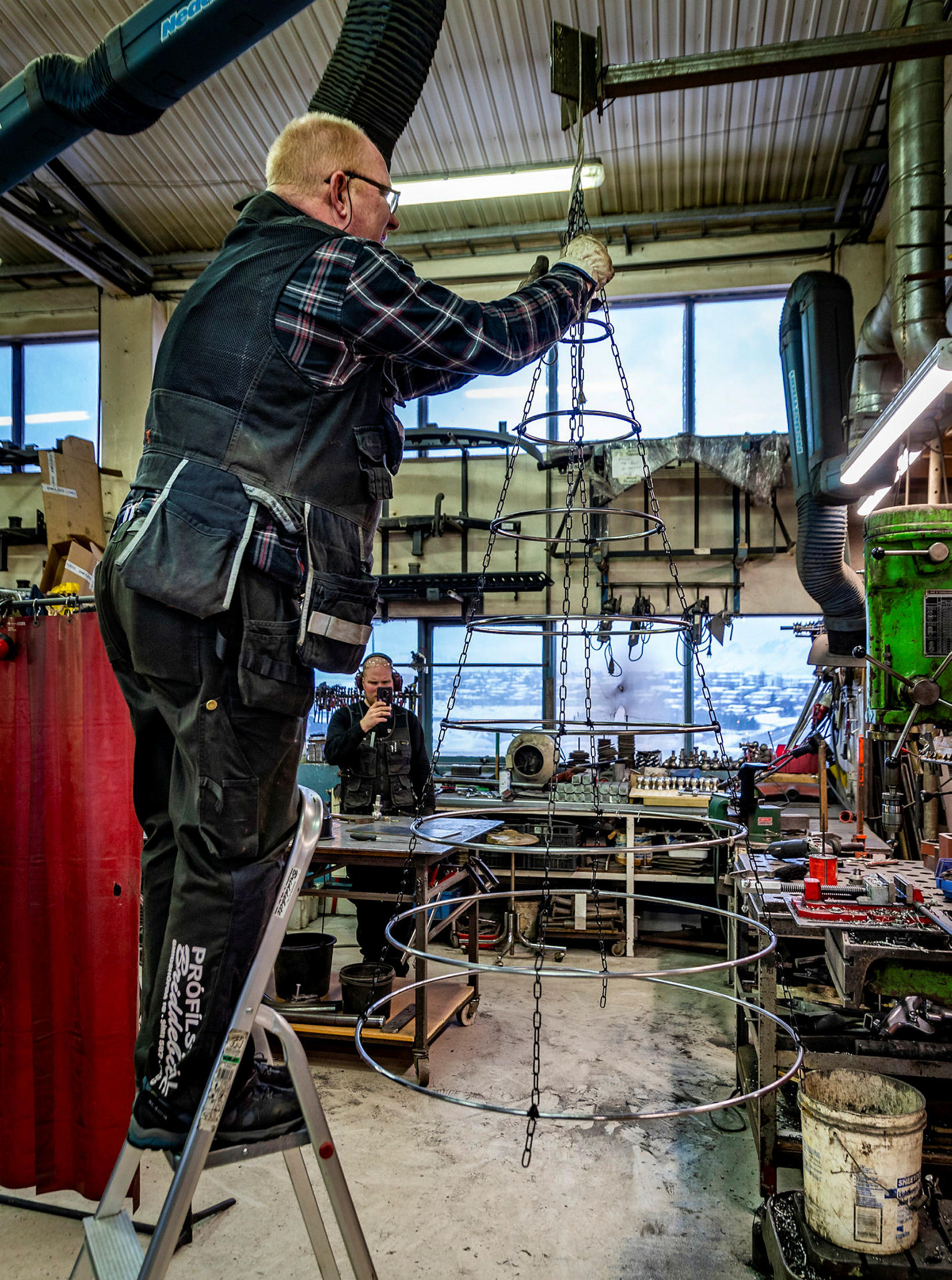 Working on the tree. mbl.is/Árni Sæberg

Alexander Bridde’s grandchildren delight in crawling under their grandparents’ Christmas tree and climbing inside it.

When Christmas draws near, most of us like to decorate our home with a Christmas tree. But what do you do when you’re allergic to spruce? Alexander found an unusual solution for his wife Ingibjörg Sigurðardóttir, who is indeed allergic to spruce. This holiday season, she has no need for her allergy medication. 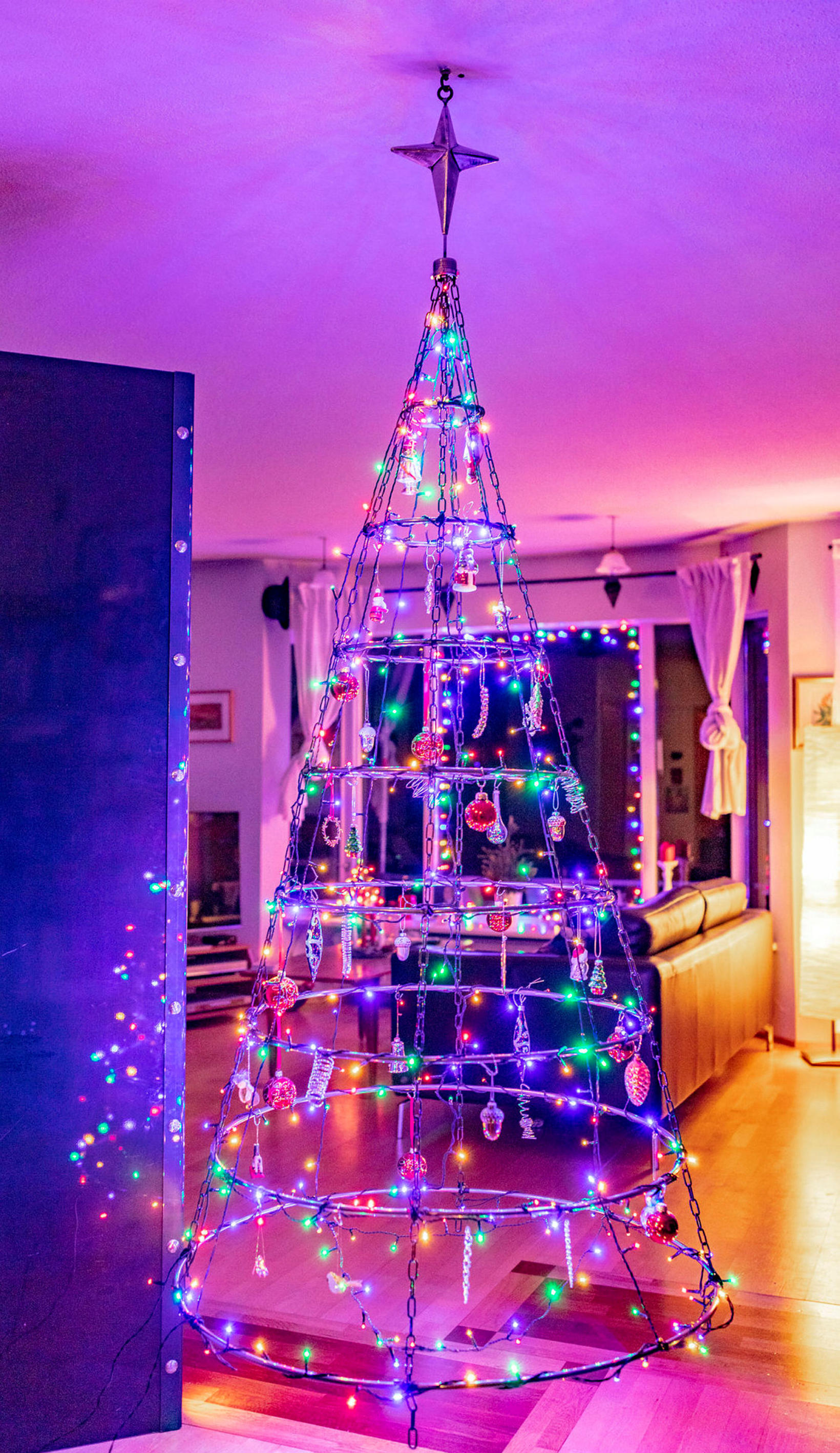 Alexander, who runs the metal workshop Prófílstál, made a 180-cm (5 ft  11 in) tall Christmas tree of iron for her. He tells Morgunblaðið that she gladly accepted the tree. This will be the first time in 37 years that the family doesn’t buy a traditional Christmas tree. 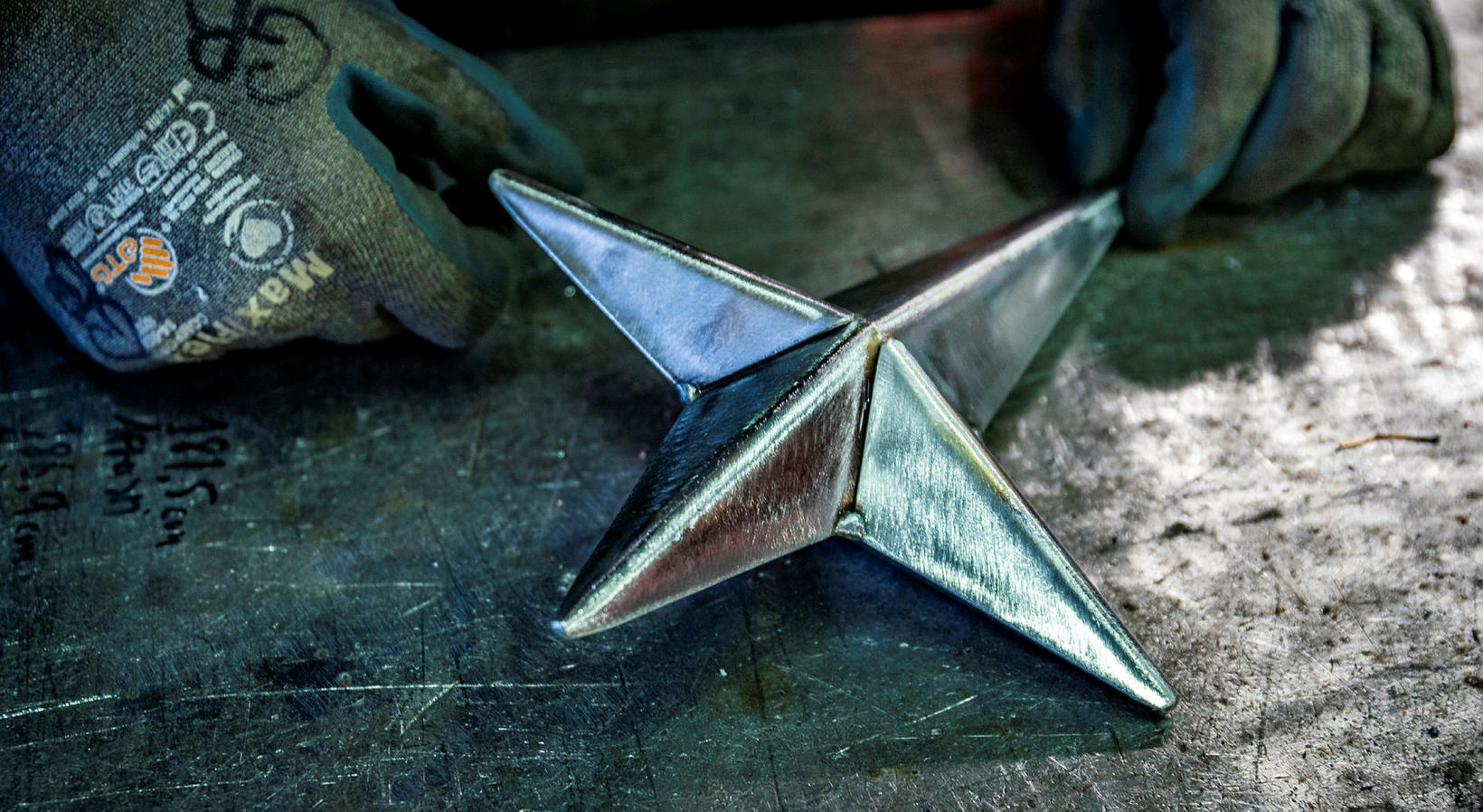 The star for the top of the tree. mbl.is/Árni Sæberg

Instead of being supported by a Christmas tree stand, this one suspends, fully decorated, from a hook in the ceiling. The couple’s  son Guðni Bridde, who works as a blacksmith at his father’s shop, made a three-dimensional star for the top of the tree.

Alexander makes decorative pieces from iron, which he uses as Christmas gifts.

“I’m, of course, a blacksmith, and I make a large number of all sorts of items and gifts. You could say I’m creative in this area, and I have made hundreds of smaller trees with Christmas lights,” he states. Most of those were gifts for friends and relatives. 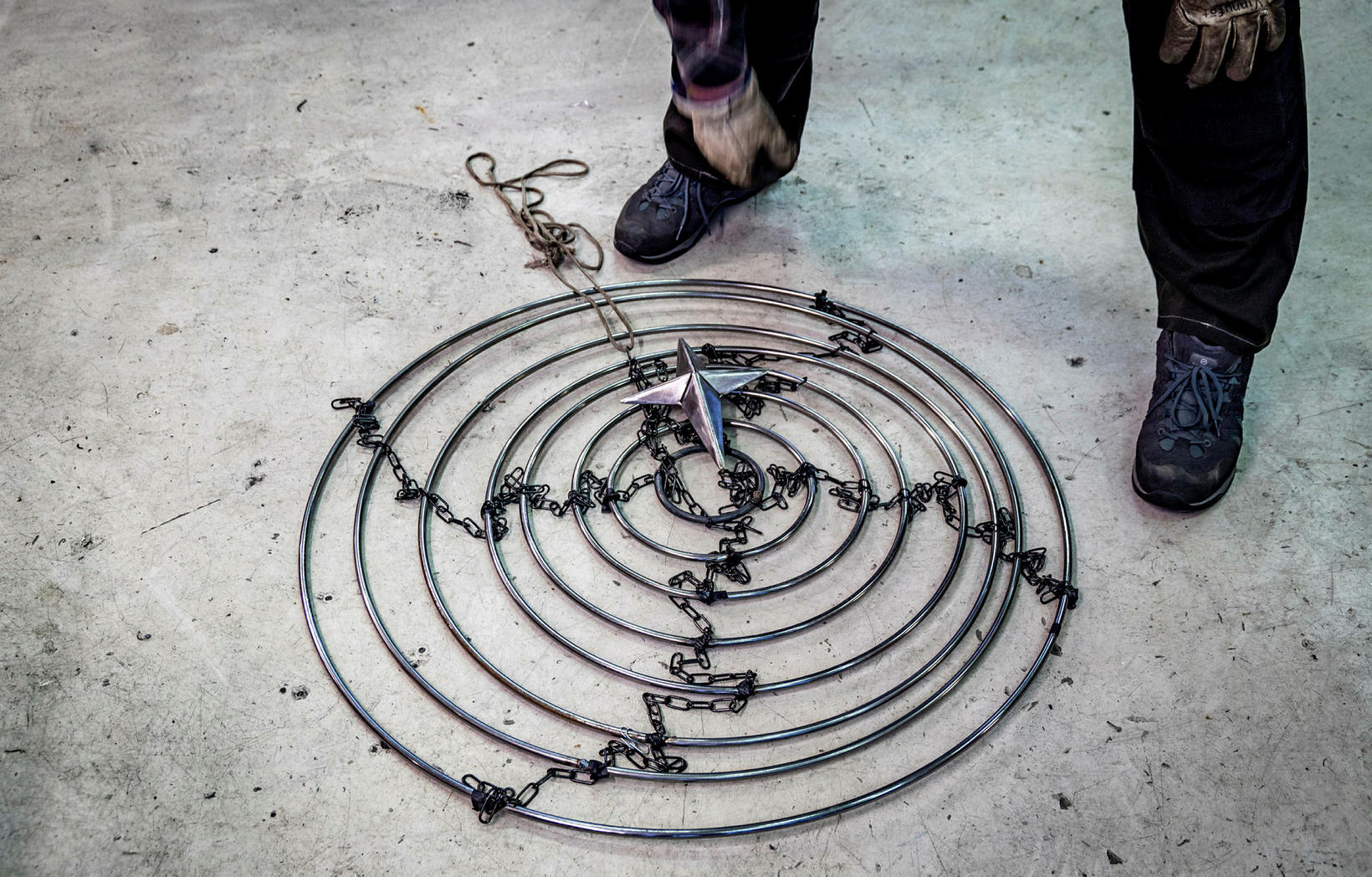 Once taken down, the tree doesn't require much space. mbl.is/Árni Sæberg

The new tree, though, is the largest he has made, being 180-cm tall, with the bottom ring measuring 90 cm in diameter. Making such a tree for the family has long been his dream, and he completed the job last Saturday. He was inspired by an article he read about German Christmas traditions in the Middle Ages, when Christmas trees used to be suspended from the ceiling. Having read it, he decided his tree would be installed that way.

The most exciting part for the grandchildren, Alexander adds, is being able to crawl under the tree and inside it.