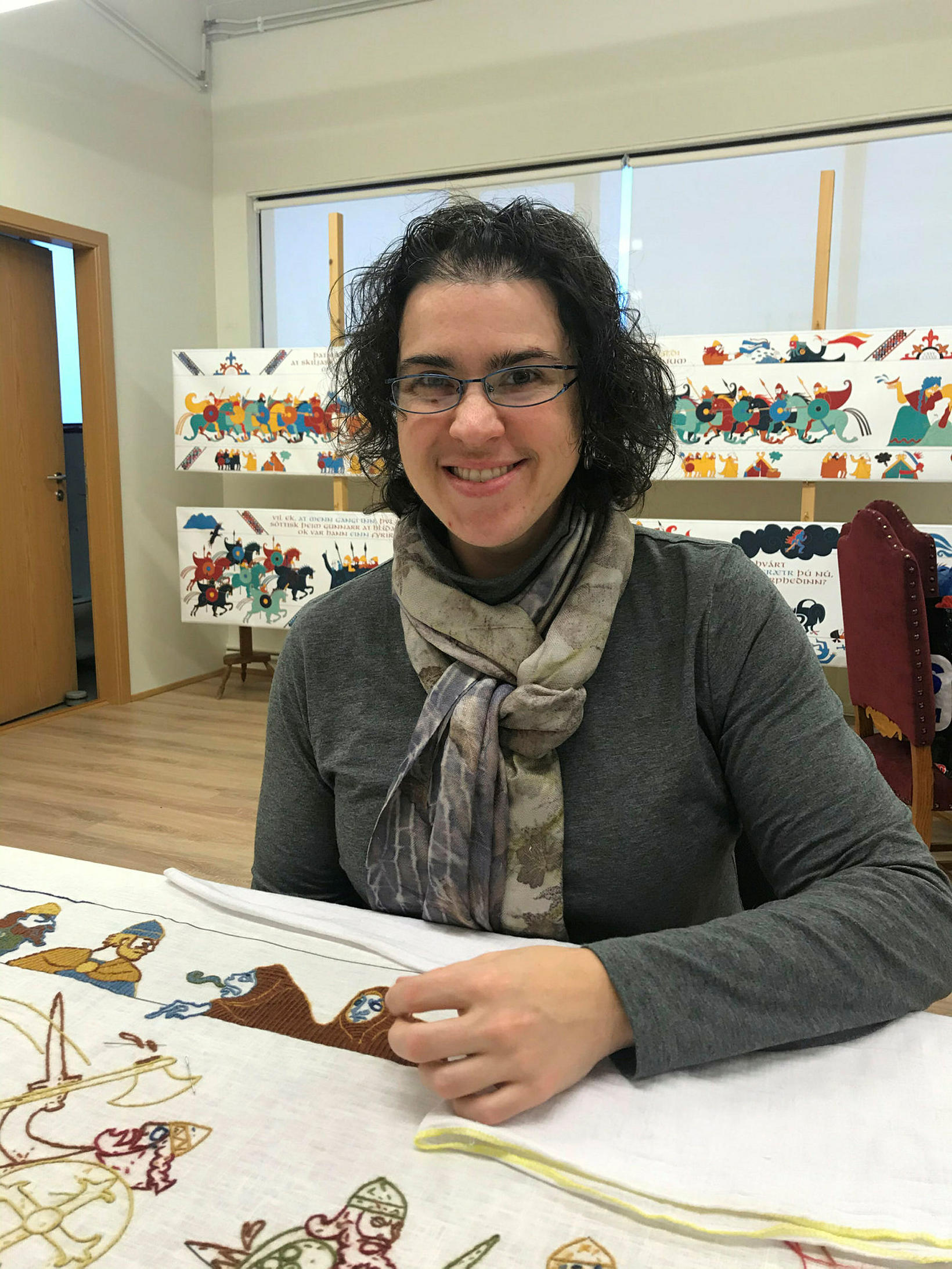 Since February 2013, a 90-meter-long tapestry depicting Njal’s Saga – the best-known Icelandic saga – has been in the making in Hvolsvöllur, South Iceland. Only several meters are yet to be completed.

On average, about 13 meters have been sewn every year, according to the tapestry’s website . A Bayeux stitch, or laid couching work – a stitch used in the Viking age – is used for the project. The sewing is done at the Icelandic Saga Centre in Hvolsvöllur, and this is where the tapestry will be on display upon completion. 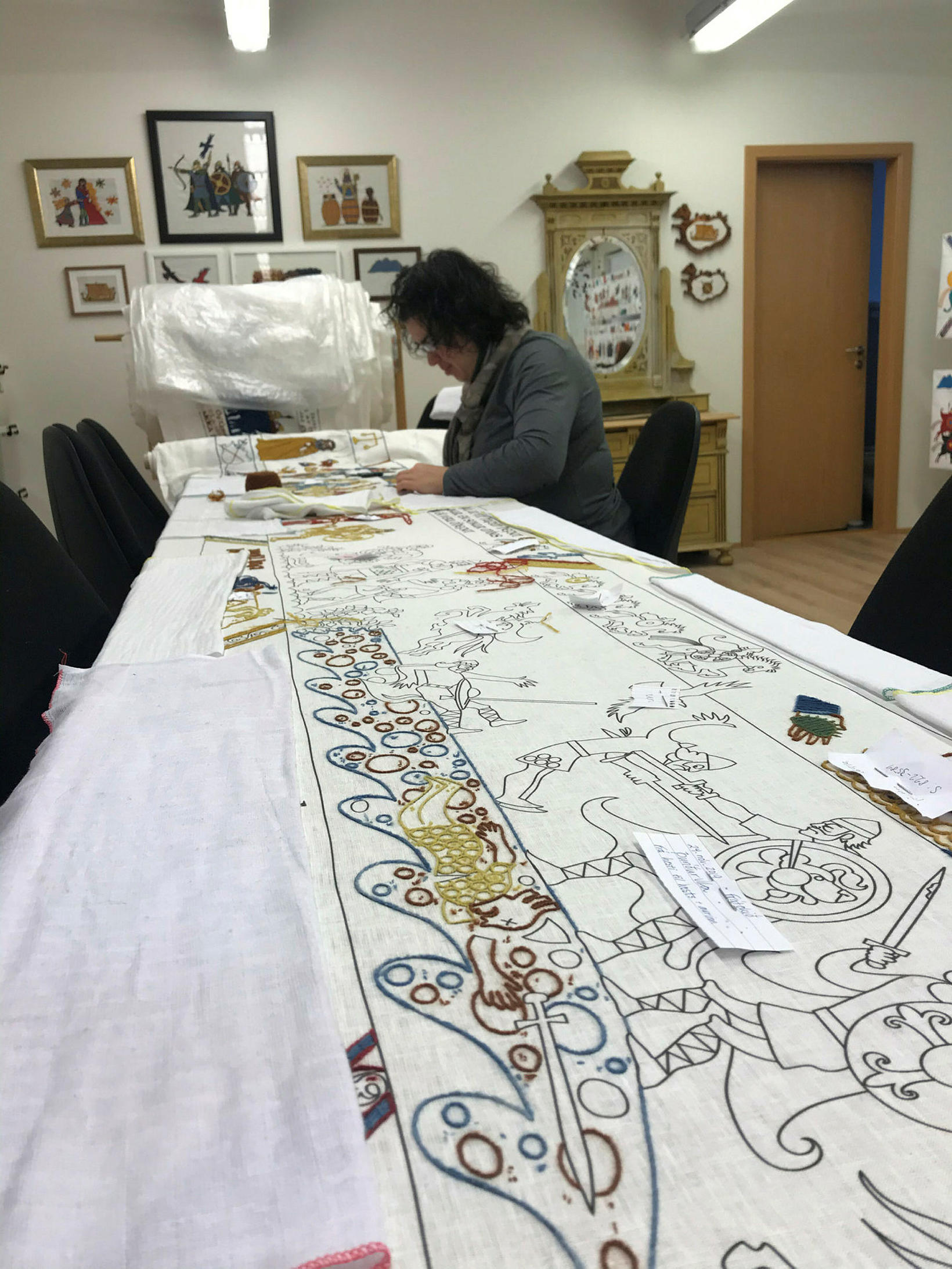 Visitors who wish to take part in the stitching receive instruction and record their name in a special book, along with the part of the project they have completed.

Among the people who have participated in the stitching is Avedan Raggio, professor at the Germanic and Slavic Language and Literature department at the University of Colorado-Boulder. She discovered the Saga Centre during a two-week vacation in Iceland in 2016. Now, she has just returned home to Colorado after her fifth trip to Iceland, and the fourth one in which she takes part in the making of the tapestry.

Raggio’s interest in the tapestry results from her having taught a course on the Icelandic sagas for years at the University of Colorado. She states the course has been a popular one, and that the course material includes Njal’s Saga.

She loves the idea of keeping the saga alive in this manner. Hand craft is her favorite form of relaxation. On her days off, she works on textiles and needlework and finds it very relaxing. Being given a chance to sew a favorite saga, such as Njal’s Saga , makes stitching all-the-more enjoyable.

When asked about her favorite character in the saga, she responds, “Skarphéðinn,” without hesitation. Unfortunately, she did not get a chance to sew his picture, since the timing wasn’t right for that.

Her hope is that the tapestry will be inspiring to people and that other sagas will become the subject of tapestries in coming years.