Iceland to Request Manuscripts from Denmark 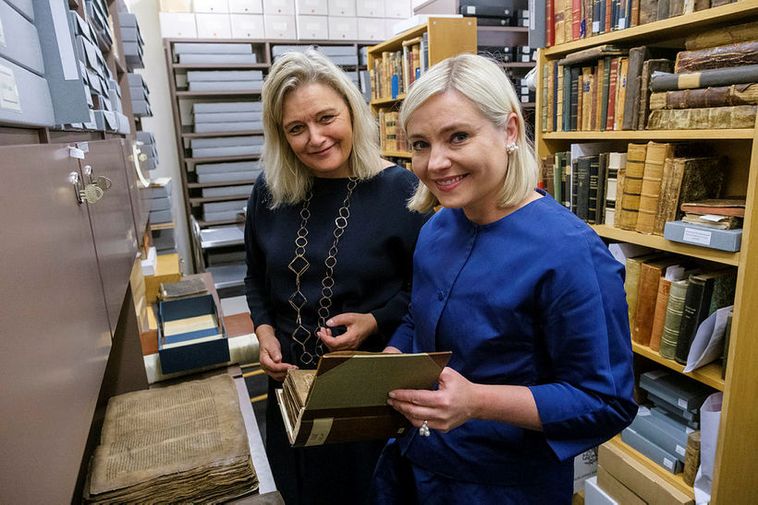 After the approval was made, Lilja presented the matter to the Danish ambassador to Iceland, Eva Egesborg Hansen, who received the idea well.

Numerous manuscripts, written in Iceland in the Middle Ages, that used to be part of the collection of Icelandic manuscript collector Árni Magnússon (1663-1730), still remain at the Arnamagnæan Institute in Copenhagen.

As a result of an agreement between the two nations, a number of manuscripts were returned to Iceland between 1971 and 1997. For various reasons, Lilja believes the time has come to reclaim the rest of the manuscripts that remain in Copenhagen.

The University of Copenhagen recently decided to eliminate the post of an assistant professor in manuscript studies at the Arnamagnæan manuscript collection in Copenhagen, as off this fall. This is a cost-saving measure, but university officials have shown willingness to keep the post, provided Icelanders pay the salary. That idea has not been popular in Iceland.

“It seems to me that the problem with the assistant professorship at the University of Copenhagen has to do with the Danes’ decreasing ambition and interest in this cultural heritage,” Lilja states. “Therefore, I find it more natural for the manuscripts, that still remain in Copenhagen, to return home.”

“We’re also better prepared to store these works, now that the construction of a building in Reykjavík for Icelandic studies is on the horizon. It will include specially designed rooms for the preservation, research and storage of the manuscripts,” she adds.

When Iceland became a sovereign country from Denmark in 1918, it was requested that the manuscripts, which include accounts of Iceland’s history and culture during the first centuries of the country’s settlement, be returned to Iceland. That demand became stronger once the Republic of Iceland was founded in 1944. The first delivery of manuscripts finally arrived in 1971 and the last one in 1997.

At the Árni Magnússon Institute for Icelandic Studies in Reykjavík, a total of 1,660 manuscripts and manuscript parts are stored, in addition to thousands of old letters. All of those were written in Iceland and most of them cover Icelandic subjects.  About 1,350 manuscripts remain behind in Copenhagen. Those mainly cover the history of the Nordic countries and Europe. Among them is Snorri Sturluson’s Heimskringla.