Hatari Will Complain about El Al 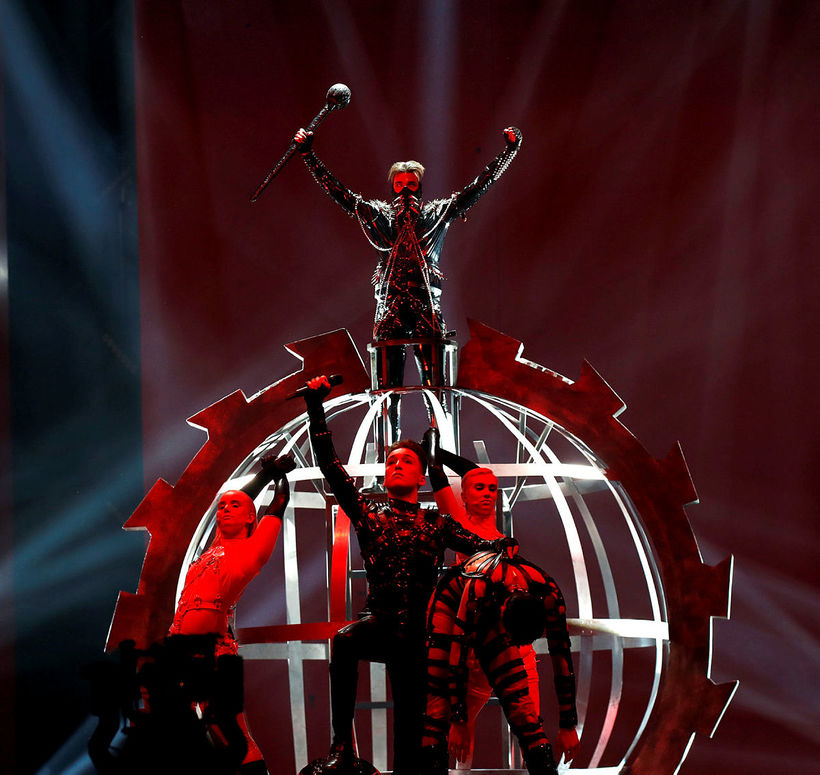 Band members of Hatari, the punk rock band that represented Iceland at the Eurovision Song Contest in Tel Aviv, Israel, were assigned the aircraft’s least desirable seats by El Al Israel Airlines staff as they left Tel Aviv for London yesterday and, as a result, intend to file a formal complaint, mbl.is reports.

An Israeli man, Daher Dahli, posted on Facebook that El Al’s ground crew had bragged about assigning the band members the worst seats, following their displaying a banner in the colors of the Palestinian flag during the contest’s grand final ceremony.

The seats assigned were center seats in the three rows in the back of the aircraft. “This is what they get,” Dahli quoted the ground crew as saying, for protesting against the Israeli occupation and violation of human rights.

Thank you EL AL for the “special treatment” #coolkidssitintheback

“Undeniably, I found this disturbing, and I’m not pleased with this kind of conduct,” commented Felix Bergsson, Hatari’s press representative, according to mbl.is.

A photo of the band’s seat assignments, taken from the airline’s booking system, along with the flight number, was published online, which may have been a violation of privacy or air transport rules.

Felix stated that the group will look into the matter in coming days and comment on this conduct. “Whether that happens through Icelandair, which booked the flight, or others, we’ll have to see,” Felix remarked. He added that possibly a complaint will be filed with El Al directly. Instead of complaining at the airport, we decided to wait and make instead a formal complaint, he stated.

The band members arrived at Keflavík International Airport at about 11 pm last night and were warmly greeted by RÚV national public broadcasting director Magnús Geir Þórðarson and members of Iceland-Palestine, and others. It is still unclear what consequences Hatari’s displaying of the Palestinian flag will have.