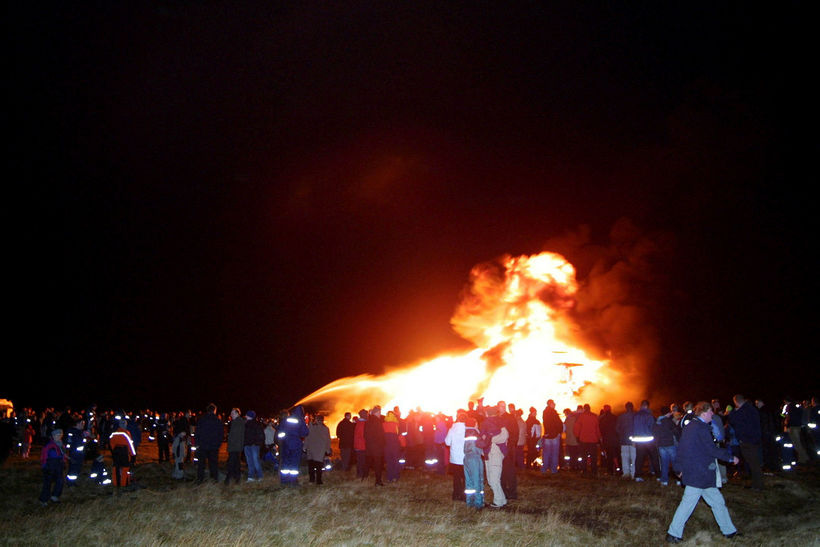 If you're in Reykjavík on New Year's Eve, you won't miss the multitude of fireworks being lit on every street corner. Another Icelandic New Year's Eve tradition is to light bonfires where families gather to sing songs about the elves and the hidden folk who according to folklore are prominent at this time of year.

Keeping peace with the hidden people

According to the folk tales of Jón Árnason, compiled in the nineteenth century, elves are most apparent around Christmas, New Year's Eve and New Year's Day. "At Christmas they have banquets and parties, music and dance either in human abodes or their own elven homes, and on New Year's they travel from one place to another, an event which they celebrate." Árnason adds that women usually light a candle in every corner of the home during this time and clean the home impeccably. The mistress of the home would then walk around the home saying, "Those who want to come may come, those who want to leave may leave, without harm to myself and my people." This was done as a means of keeping peace with the hidden people.

The bonfires in Reykjavík and surroundings are as follows: 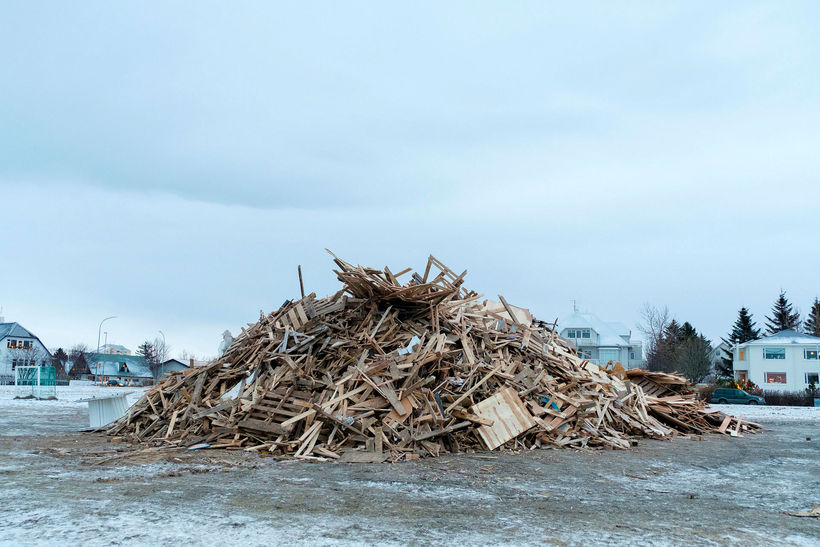 A bonfire ready to be lit at Ægissíða, west Reykjavik. Mbl.is/ Kristinn Magnússon