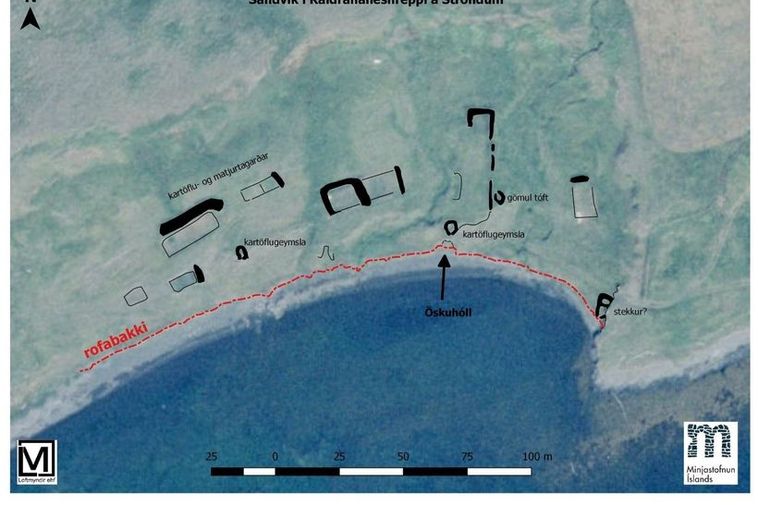 .An illustration to show how the ancient farm could have been situated. Loftmyndir ehf./Minjastofnun

Animal bones dating from the ninth century have been discovered in Sandvík, Selárstströnd in Kaldraneshreppur district, a remote area at the tip of the West Fjords of Iceland. Archeologists will be digging in the area for the next few weeks.

The animal bones seem to be part of a ninth century stove or fire and point definitively to human habitation of the area.

Bones in the area were first discovered in 2010 and research led archeologists to ruins of a farmstead which has never been mentioned in written texts of the time, neither in the Book of Settlement (Landnáma) or other Nordic texts.  Archeologists therefore consider this quite a discovery which will add an unknown part to Icelandic history. A forum will be conducted by archeologists in Hveravík in Strandir on August 18th.