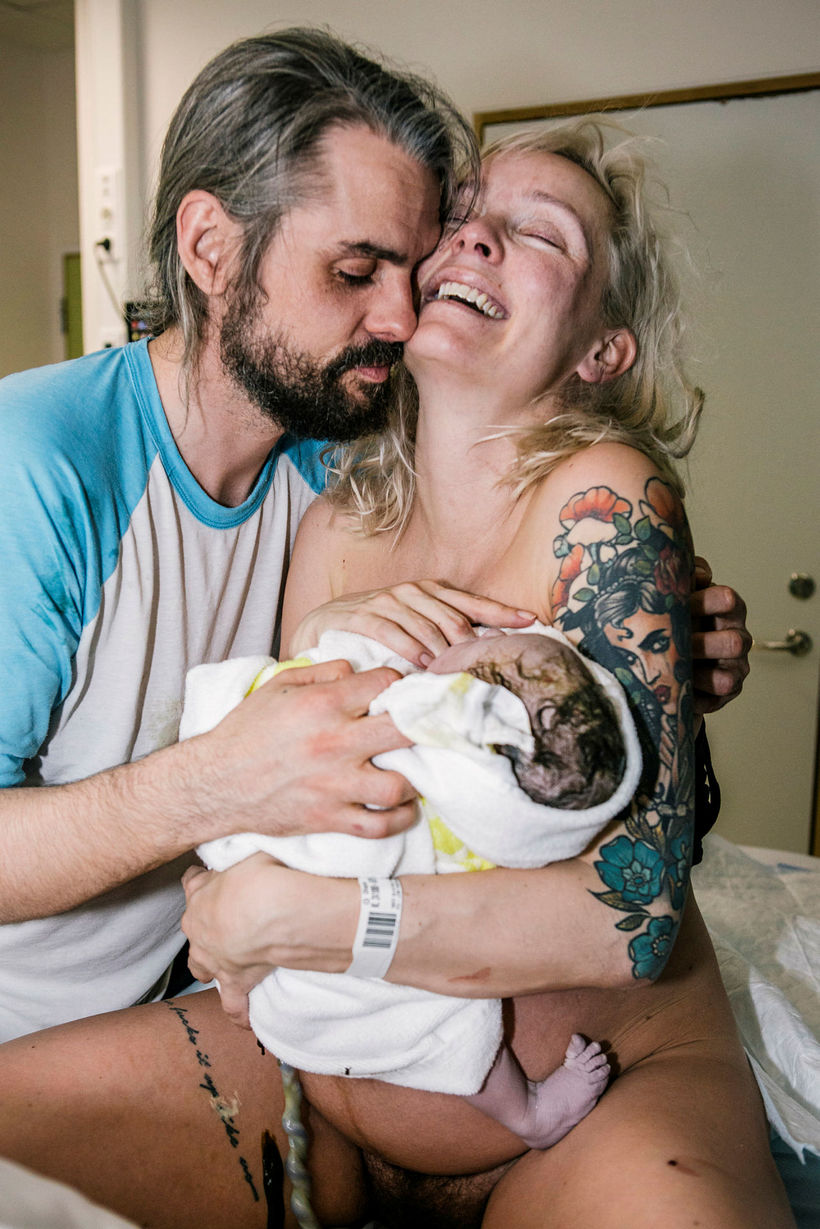 Andrea and her boyfriend holding their newborn son. mbl.is/Aldís Pálsdóttir

Andrea Eyland Sóleyjar-og Björgvinsdóttir gave birth to her fourth child on May fourth, a gorgeous little baby boy with a full head of hair weighing 3.7 grammes and measuring 52 centimetres. Andrea also has three stepchildren with her boyfriend Þorleifur Kamban. The couple spent most of the birthing process at home but had to drive to the maternity clinic in Reykjavik for the final effort as the little boy was facing the wrong way which got him held up upon his entry to life.  Andrea is also the author of a new book called Kviknar , which is about conception, pregnancy and birth.

The accompanying photos of the birth were taken by photographer Aldís Pálsdóttir.


Speaking to mbl.is about the moment of birth Andrea said, "I felt that wondrous feeling which we all wait for on the day our children are born. It burst forward with great power and I could feel our son drilling his way down the birth canal and out into the world. The first of the three great contractions got his head slightly out but I could feel that I wouldn't be able to get it out this first time. I relaxed using the Ujjayi or ocean breathing which was now very loud. The second contraction arrived and I waited shortly for the third. In that third contraction I roared like a lioness and his head was out. This feeling, of a child between your legs, feeling the bones and warm skin, there are no words. In the next contraction he came out entirely into the arms of his father who wept with joy holding him all slippery and wet and then bringing him into my arms." 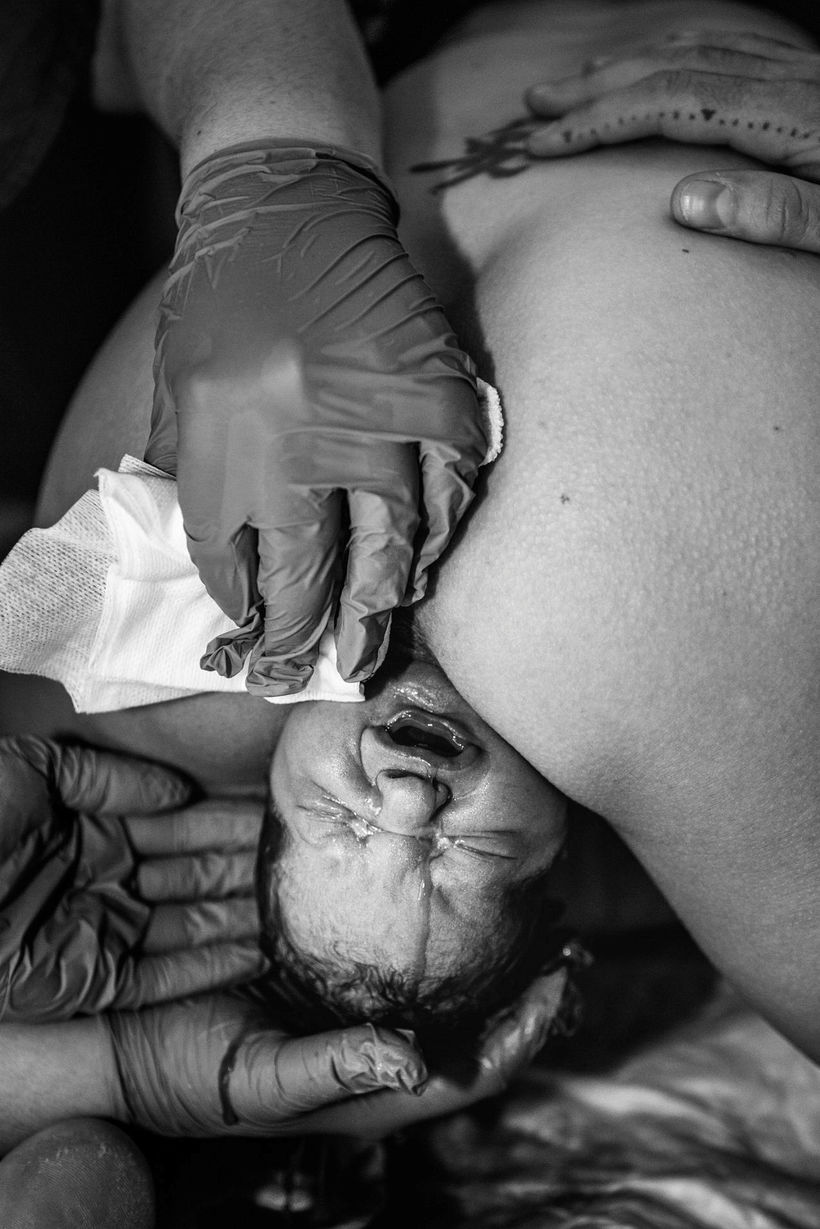 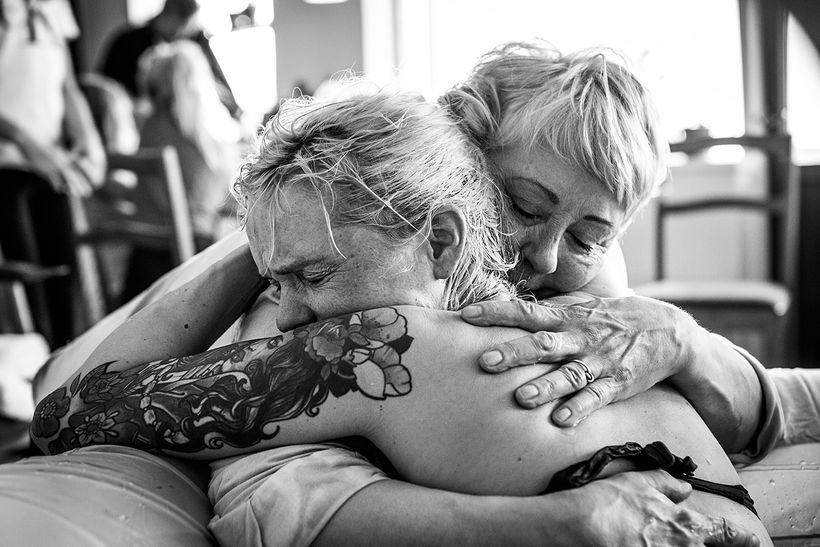 Andrea clutching her mother during contractions. 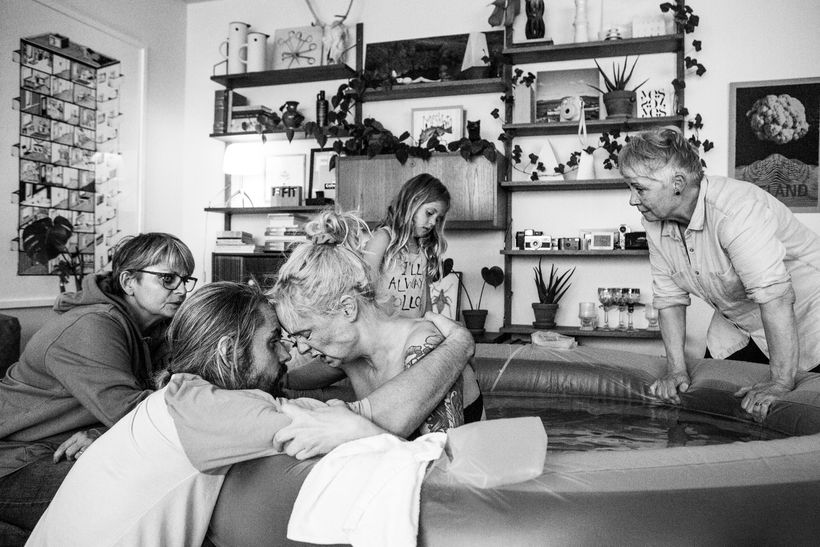 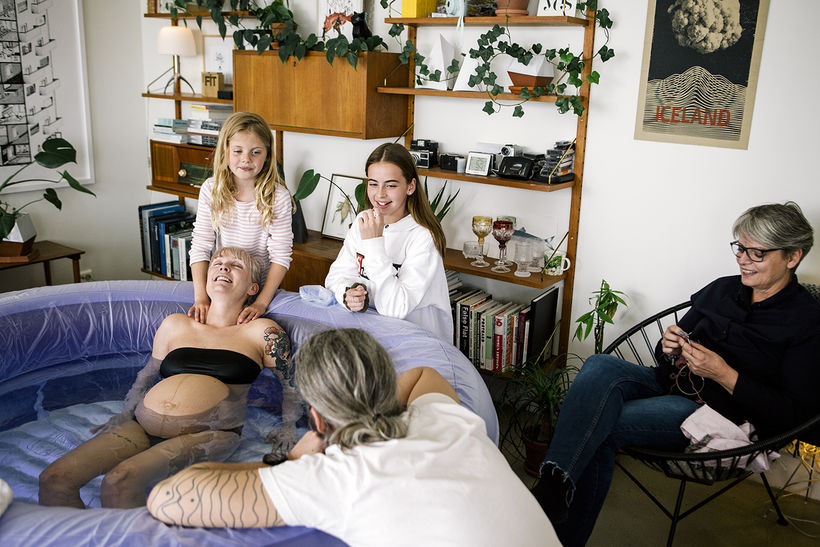 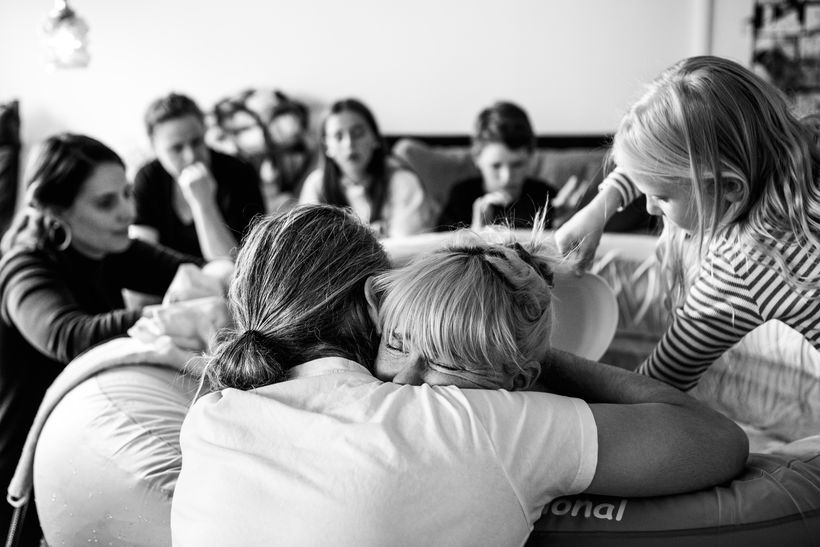 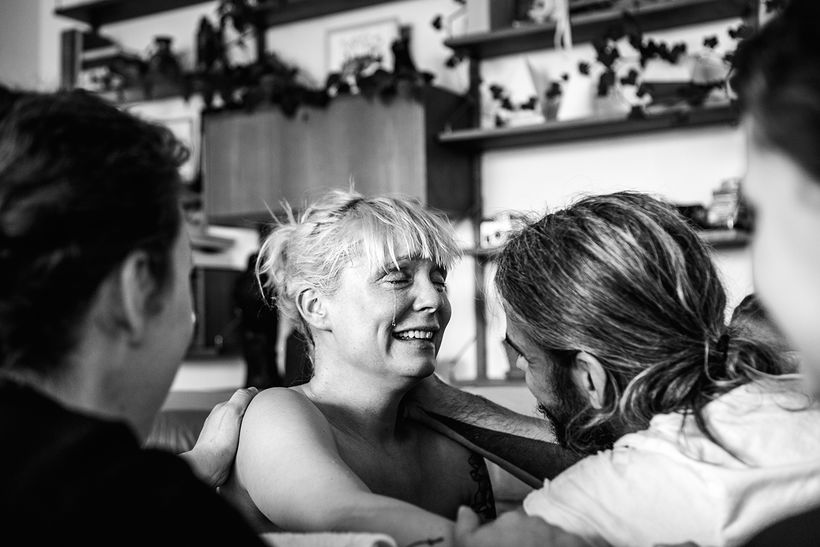