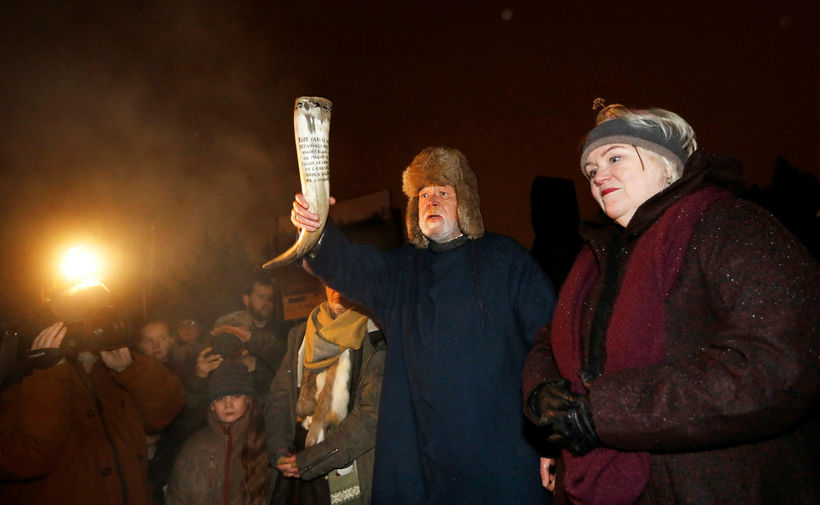 Yesterday was the shortest day of the year and in Iceland the sun was only in the sky for four hours and seven minutes. The sun rose in Iceland at 11:22 AM and set again at 15:29.

Members of the Ásatrú religion celebrated Winter Solstice with a blót (sacrificial) ceremony at Öskjuhlíð hill in Reykjavik, which is also the site for the new Ásatrú temple set to rise next summer.

High chieftain Hilmar Örn Hilmarsson says that there are plenty of sources that speak of the celebration of Winter Solstice before Iceland converted to Christianity in the year 1000. One such source is the ancient poem of Harald, Haraldskvæði  „Úti vill jól drekka (...)

ok Freys leik heyja.“  ( Outside jól will drink and perform the games of Freyr).  Jól is the Icelandic word for Christmas, a word related to the English Yule. "The word jól is taken from the name Jólnir. Jólnir was one of the names for the highest god, Óðinn. This proves the heathen origin of the festival. "  Hilmarsson also points out the traditions of ancient Rome, as well as in Peru, China and other places which show that celebrating the rising sun at Winter Solstice is a tradition that goes way further back than the first Icelandic settlers or for that matter, Christianity.

The Pagan ceremony last night was continued by the Ásatrú society with a dinner at Nauthóll restaurant. "We're celebrating the rebirth of the sun.  Our ceremony is a small, beautiful one where we recite poetry, including from Skírnismál. There are plenty of children carrying candles, lots of people and even lots of people that are not part of our society but feel that this is a part of their Christmas tradition."

As to the sacrifice, there's no blood spilled at the ceremony. "No, no, this is very child friendly. The only thing we sacrificed were clementines." 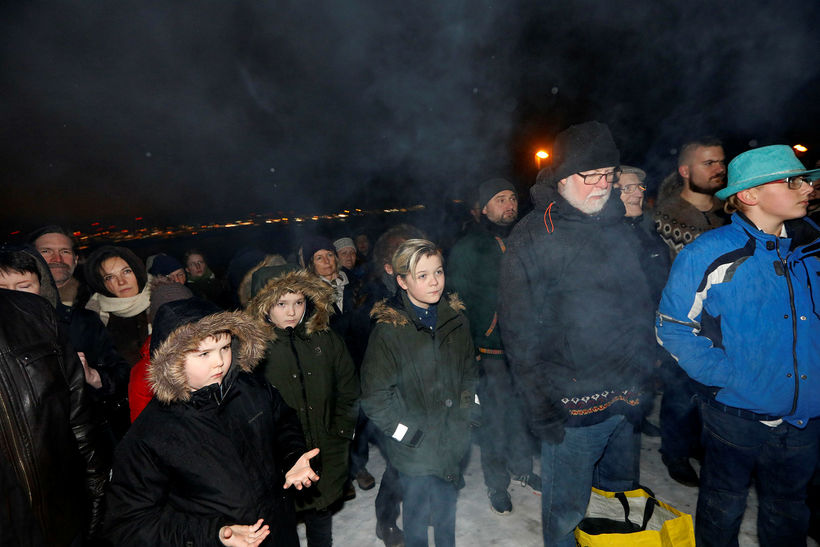 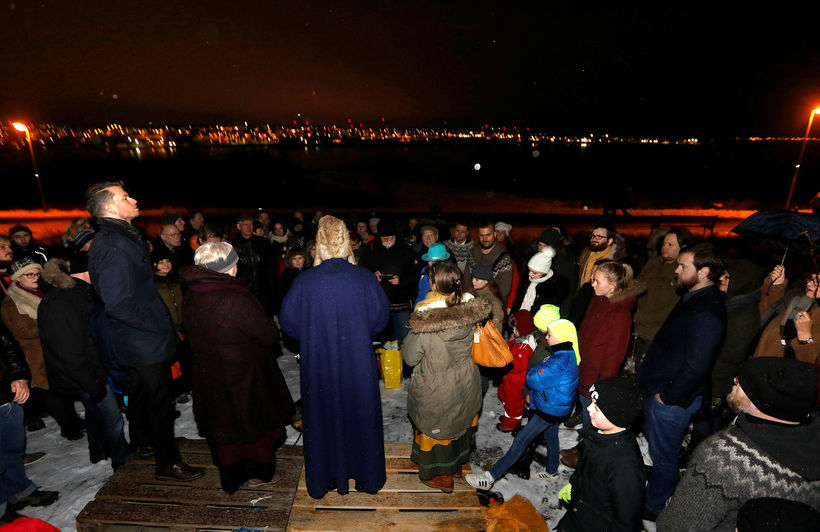