Reykjavik's Oslo Christmas tree to be lit on Sunday 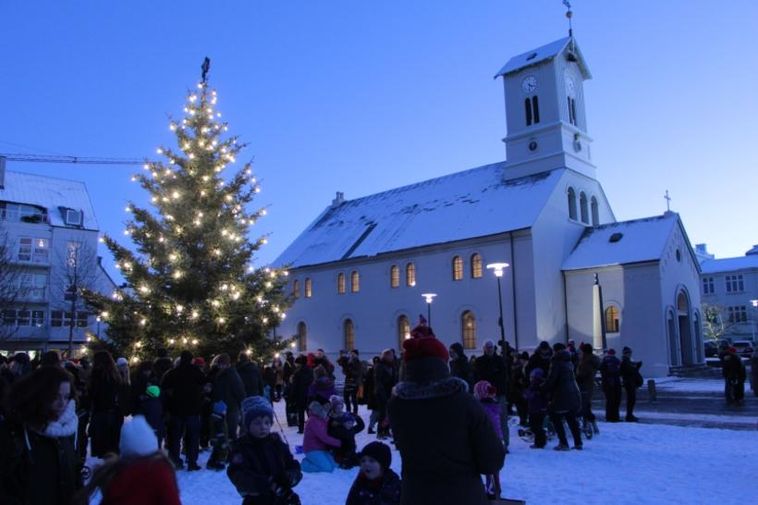 The annual lighting of the Christmas tree donated to Reykjavik by the city of Oslo will take place on Sunday December 3rd at Austurvöllur parliament square.  This year the tree is actually an Icelandic one, from the Norwegian section of the forest in Heiðmörk.

The event is associated with the beginning of the advent in Iceland and is also a reminder of the friendship and kinship between Iceland and Norway. It's also an event that children particularly look forward to as it's a time where the first Icelandic yule lads, or Santas, make an appearance.

The programme begins at 4 pm when Eivor Evenrud, city counsellor at the City of Oslo officially donates the tree at Austurvöllur.  This is followed by an address by Reykjavik Mayor Dagur B.Eggertsson and finally a little girl, who is half Norwegian and half Icelandic will switch on the lights.

This is followed by a musical Christmas programme by renowned Icelandic artists Sigríður Thorlacius and Sigurður Guðmundsson and a brass band and a possible appearance by the Yule Lads! Coffee and hot chocolate stands will be on the premises with all proceedings going to the Red Cross.