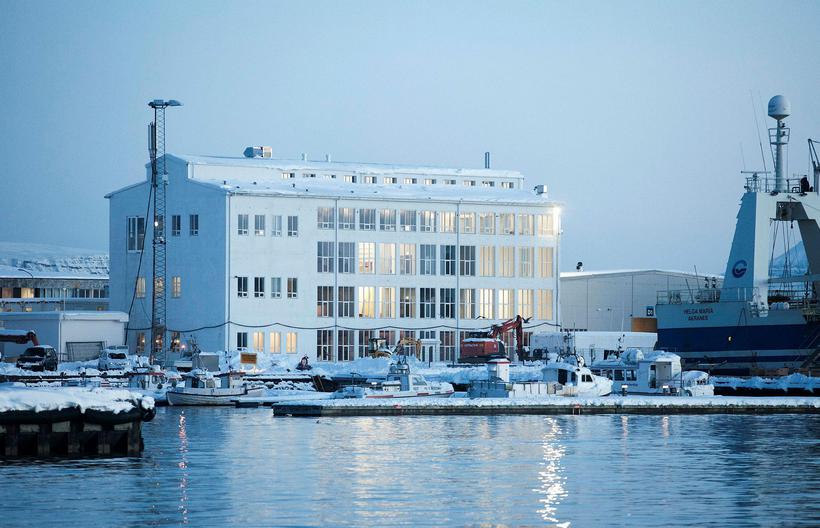 The renovated Marshall building seen from the harbour. Artist Ólafur Elíasson will have an exhibition space in the southern part of the building as well as gallery i8. The Living Arts Museum is on the second floor and Kling and Bang on the third. Eliasson's studio is on the top floor. The ground floor features a new restaurant and bar. . mbl.is/Einar Falur Ingólfsson

The Marshall-building in Grandagarður at Grandi has been turned into a new arts complex housing studios for artist Ólafur Elíasson and two artist run galleries: The Living Art Museum and Kling og Bang who both recently had to move out of their premises in the city centre.

Elíasson will have a studio on the top floor of the building as well as part of the south side which features high ceilings, to use for installations and exhibitions. The Living Art Museum and gallery Kling og Bang will each get their separate floors for exhibition space.

The Marshall building was built in 1948 by means of the Marshall plan, aid from the US following WWII. It was intended as a herring factory and served as such for over half a century but has been empty in recent years.

The building is owned by HB Grandi and the CIty of Reykjavik has made a rental contract with them for fifteen years.  The idea behind the project came from architects Ásmundur Hrafn Sturluson and Steinþór Kári Kárason at architectural firm Kurt og Pí and Börkur Arnarson who runs Gallerí i8. Sturluson said in an interview with Morgunblaðið that Kling og Bang and The Living Art Museum were losing their premises and that Elíasson was hunting for a Reykjavik studio. The three of them presented the idea to HB Grandi who were open to the idea.

A restaurant and a bar are located on the ground floor. "The building features activities on al floors, three to five art exhibitions at a time and a restaurant and bar. We're convinced that the venue will create a vital centre for Reykjavik here in Grandi," the architects said to Mbl.is.

"When we first walked into the building we felt it was made for art," says Kárason. 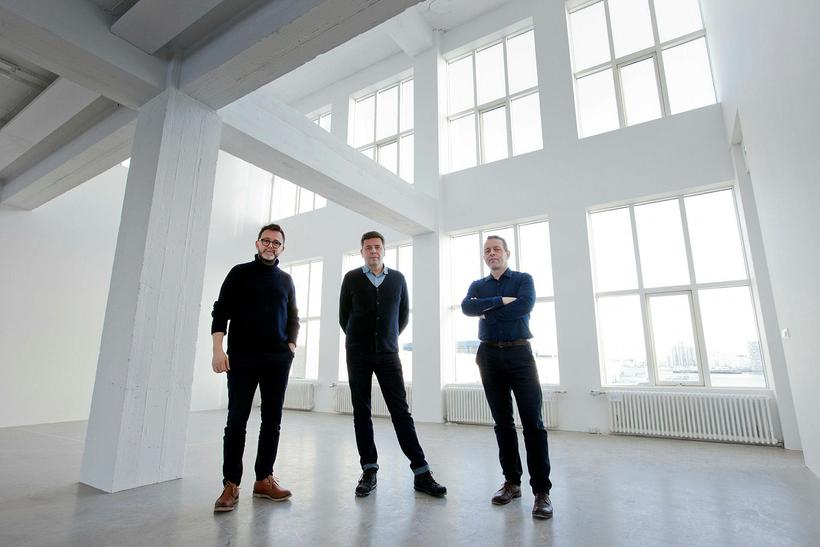