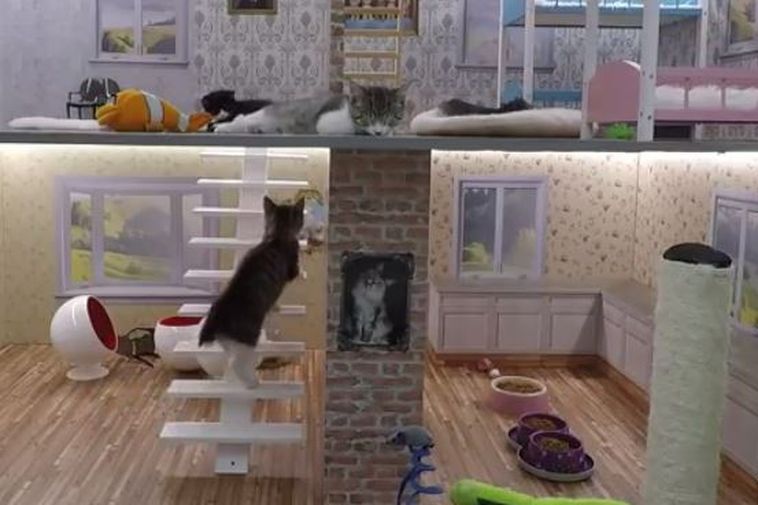 The kittens have a two storey wome with bunk beds and toys. Photo: Screenshot: Keeping up with the Kattarsians

A new internet craze has gripped Iceland, watching daily exploits of four kittens on a 24/7 live stream. The stream is called Keeping up with the Kattarshians, and the kittens names are Guðni, Stubbur, Bríet and Ronja.

The kittens are siblings, 9 weeks old and come from Kattholt cat shelter. They were found in along with their mother in a warehouse and rescued. A little later, when they had matured a bit and were stronger, they were chosen to become internet stars.

The project is a collaboration between The Icelandic Cat Protection Society (which runs Kattholt), The Icelandic Food and Veterinary Authority (MAST), vet of animal welfare and South Iceland Animal Welfare Surveillant.

The aim of the stream is to promote the adoption of stray cats. One of the kitten already has a home to go to after the live stream will be cut.

This sensation has already attracted of several media outside of Iceland, one of which is The Telegraph.

Here you can watch the Kattarshians live: