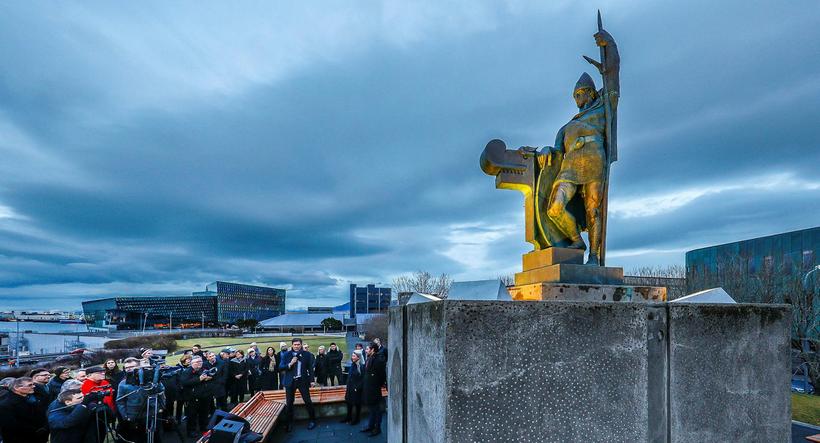 The statue of Viking settler Ingólfur Arnarson  by sculptor Einar Jónsson was lit up yesterday afternoon.

The association of industries in Reykjavik IMFR funded the lights to commemorate 140 years since their founding. The same association donated the famous statue by Jónsson to the Icelandic nation 150 years ago.

Jónsson depicted Ingólfur Arnarson in a Viking helmet and the statue is one of the main landmarks of the city.  Arnarson settled in Reykjavik in the ninth century.

Einar Jónsson was a groundbreaking figure in Icelandic sculpture and his influence on the visual arts in Iceland has been considerable, though indirect. You can visit his former home, now a museum, located next to Hallgrímskirkja church. 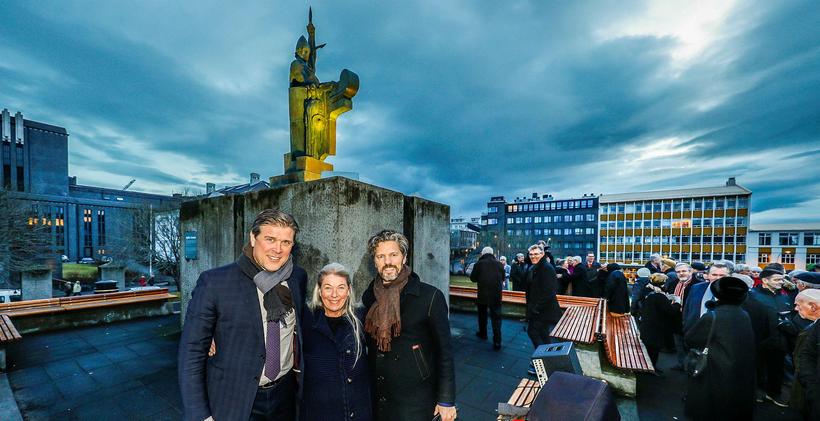