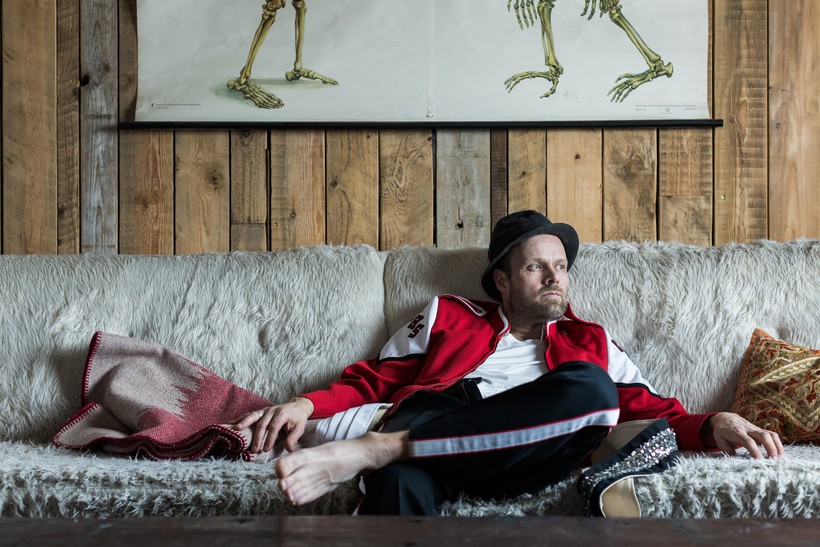 Hálfdán Pedersen studied film production in Los Angeles and now works as both a set designer and an interior designer with a strong focus on salvaged material. Photo: Mikael Axelsson

Icelandic film set and interior designer Hálfdan Pedersen became enchanted by a neglected old house in the tiny village of Flateyri in the remote Icelandic West Fjords twelve years ago. Today, his stunning renovation of the home using only recycled materials has been published in a book called Scandinavia Dreaming.

Pedersen is one of Iceland's best known interior designers and has a unique style of found objects, thrift-store chic mixing elements of country style with urban rawness. Amongst his projects in Reykjavik are Kex Hostel , Dill restaurant, shortlisted for a prestigious design award last year,  the Geysir clothing shops and the Hverfisgata 12 restaurant.

Every camera frame was breathtaking

"I came across the house whilst shooting a documentary film about an annual rock music festival, Aldrei fór ég suður , which takes place in the nearby town of Ísafjörður," says Pedersen who has a family and lives and works in Reykjavik. "I lived in Los Angeles at the time and this was the first time this now annual festival took place, in 2004.

„This total tranquility was a huge contrast to my life in LA for the past ten years, and it had a big impact on me.“

The Flateyri house was in total neglect and no one had lived there for over fifteen years. "There was no heating, no water, no electricity and a big part of the floors and outer walls were missing.  It was basically totally ruined, even the support beams were soggy.  There were piles of snow in every room and dead kittens everywhere.  I was told it was scheduled to be demolished." 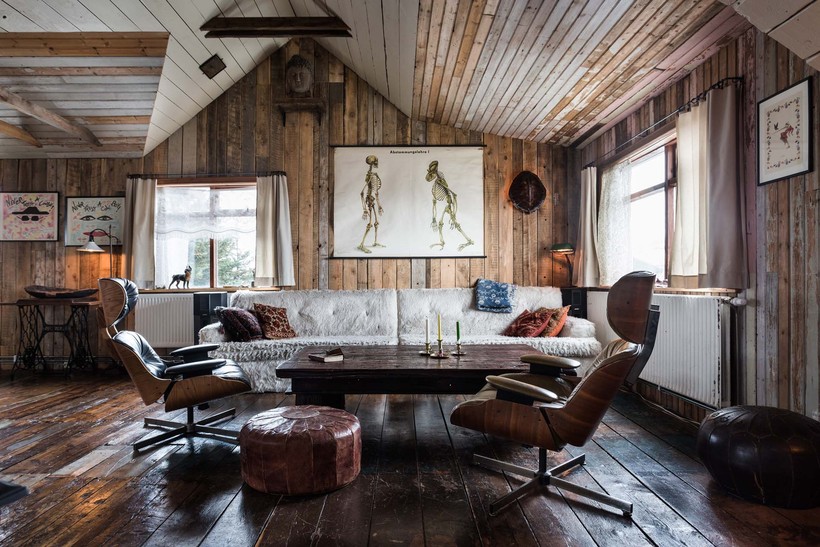 It paid off to take things slow

Pedersen, who had never rebuilt an entire house before says he was dumb and optimistic enough to give it a try, despite his friends and family trying to persuade him otherwise. And so it began. "It became a total obsession.  I don´t think I´ve ever been as dedicated and passionate about anything in my life before."

The whole process was very long he explains. "It was slow cooking, so to speak.  The first three or four years were all about tearing down the remaining walls, floors, roof and windows.  Anything that was beyond salvage. We must have filled dozens of containers worth of debris.  The building part started years after, and by that time I had spent a total of many months in the house.  We took these trips during winters as well, and slept in the unheated, below zero temperatures.  Our evenings were candle lit beverage hours, where there was ample time to think and discuss and foresee specific layout needs.  I´m happy how it came out, functionality wise.  It paid off to take things slow." 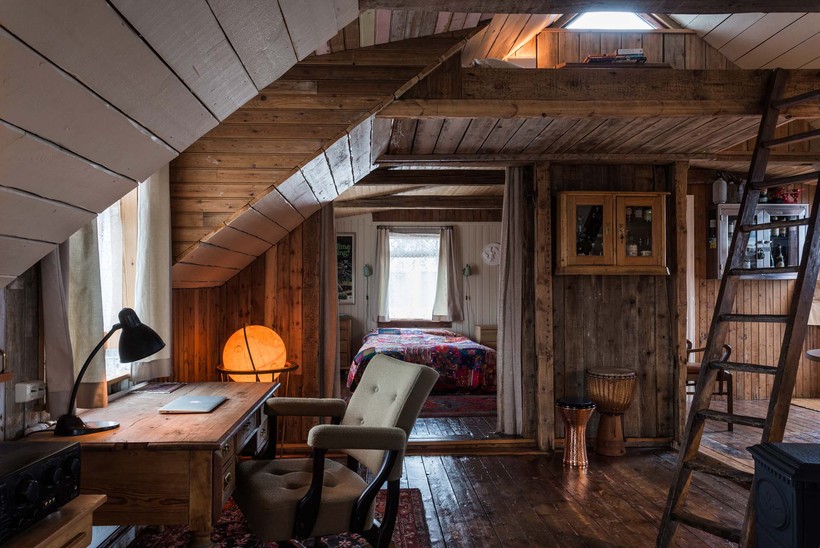 The use of recycled materials in his work he says comes from his shock by the endless waste of good materials in Iceland after moving back from Los Angeles.

"For some reason, that´s just the Icelandic mentality.  We trash everything. Which is really strange considering the fact that we are a far-away island nation which does not produce any of these building materials we are so eager to throw away.  This was also at a time when the economic boom is heading towards it´s climax, so the waste was greater than ever before. It was just a matter of witnessing obscene amount of good things wasted all around.  From a design perspective I really admire old craftsmanship. I admire the method, the material and the incredible skill, all with lack of todays fancy machinery. I like the fact that things that were hand made 50 to 100 years ago can still be in great shape, and as strong as they were back then. Forests grew slow and lumber was stronger, more dense.  Things were thicker, heavier, better made." He's adamant that mankind is producing far too much stuff today.

"And too much of it is made almost as single use objects.  Just by rebuilding this house, I was able to pick up and use everything I needed  to finish the entire project. Just endless tons of building material. All lumber, windows, corrugated iron, etc etc. I never once went to a lumber store for the materials I needed.  I collected to a storage in Reykjavík and drove it to the west fjords in multiple trips. If I ran out of wood intended for a specific spot, I brought that wood in the next trip.  So the house is rebuilt 100% using reclaimed, recycled materials. Even sinks, bathtubs, kitchens, radiators, all 100% reclaimed.  That too became an obsession. I thought, why do it half way?" 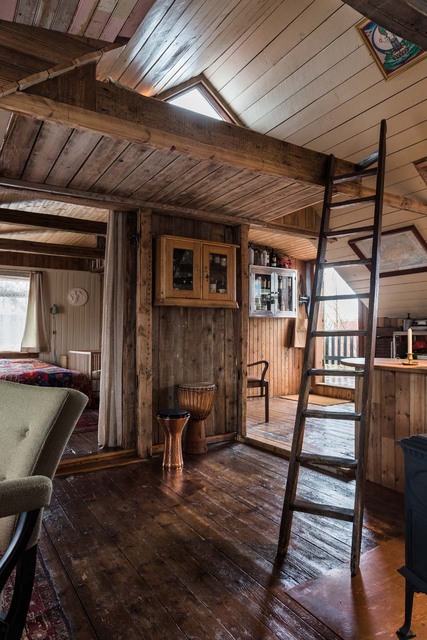 The best thing there is just to be

Pedersen and his partner, Sara Jónsdóttir, who is the director of Design March live in Reykjavik with their three children during the winter, the Flateyri house is their summer residence. "We also spend every Easter there as well, and use every chance we get to go there during the winter. The winters there are fantastic.  Since it takes a while to get there we try to prolong each stay for as long as possible.  The most rewarding part is that our kids are always eager to go there, even though it means no TV and no internet."

According to Pedersen, the best thing about Flateyri are the mountains, the ocean, and the people.  "The best thing to do there is to hang out with good people and just be."

You can see  more of Hálfdan Pedersens work on his website Baulhus.com