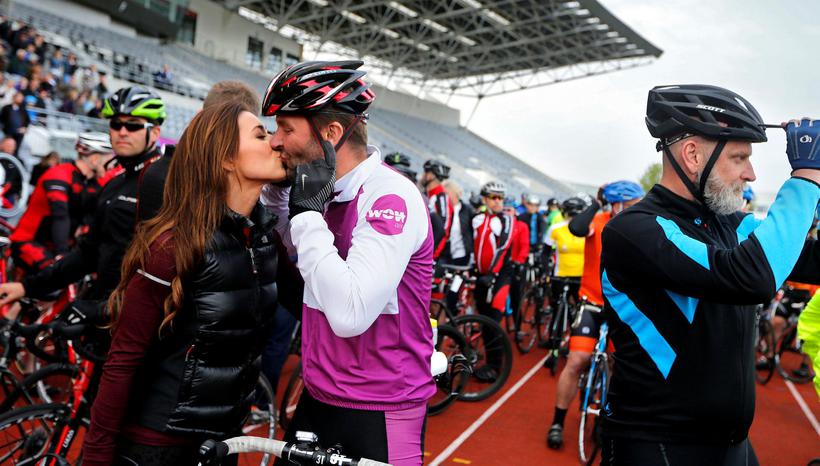 Last year's competitors set off for the race. Pictured is Skúli Mogensen, director of WOW Air being given a kiss of good luck from his girlfriend, TV host Friðrika Geirsdóttir. Iceland Monitor/ Eggert Jóhannesson

The WOW Cyclothon, around Iceland takes place for the fifth time this year, between June 15th-18th. Contestants have to complete a tour around Iceland in less than 72 hours over a distance of 1,358 km in 24 hours of Iceland's perpetual summer daylight at the time of the summer solstice.

This year competitors cycle to raise money for Hjólakraftur, a charity for children suffering from lifestyle diseases.