Mystery solved: Who farted in the presence of Kim Kardashian and Kanye West in Iceland? 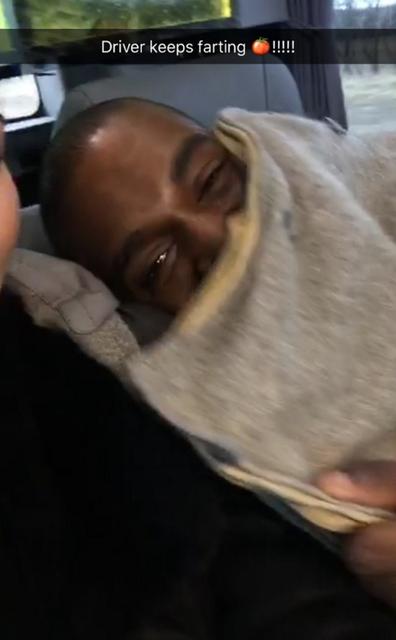 Kim Kardashian published a Snapchat of her husband, rapper Kanye West covering his face on account of a particularly nasty smell in their vehicle.

"Driver keeps farting," reads the caption but, seemingly not known by the Kardashian clan, Icelandic hot springs give off a sulphurous smell not unlike the smell of a human fart.

The entourage went on a trip around South Iceland yesterday seeing sights such as the Gullfoss waterfall and the famous Geysir hot spring site.

See the rooms where the Kardashians stayed at Hótel Rangá HERE.

Below you can see a video of the alleged farting driver and also a photograph of Kourtney Kardashian in a fart pose on a bathtub at Hótel Rangá.