Raise a glass for Beer Day! 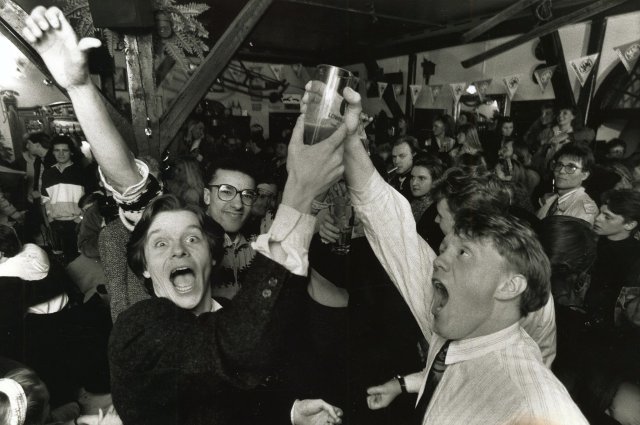 Beer celebrations back in 1989. Photo: RAX

Don’t be surprised if you’re in Iceland today to hear plenty of references to beer – or to see merry Icelanders partaking of a glass or two.

1 March is unofficially known in Iceland as Beer Day (‘Bjórdagur’) and is the anniversary of the end of prohibition in Iceland – 27 years ago today.

Icelanders voted in a referendum back in 1908 for a total ban on alcoholic drinks, which entered into force in 1915. In 1935, a second referendum relaxed the ban to allow spirits, but beer over 2.25% in strength remained banned.

The ban on ‘strong’ beer remained in place right through to 1989, when a parliamentary majority voted to overturn it.

Since then, March 1 – the day in 1989 in which beer became legal again – has been celebrated by some Icelanders as Beer Day. So, cheers! – or in Icelandic ‘skál!’ (pronounced ‘scowl’).