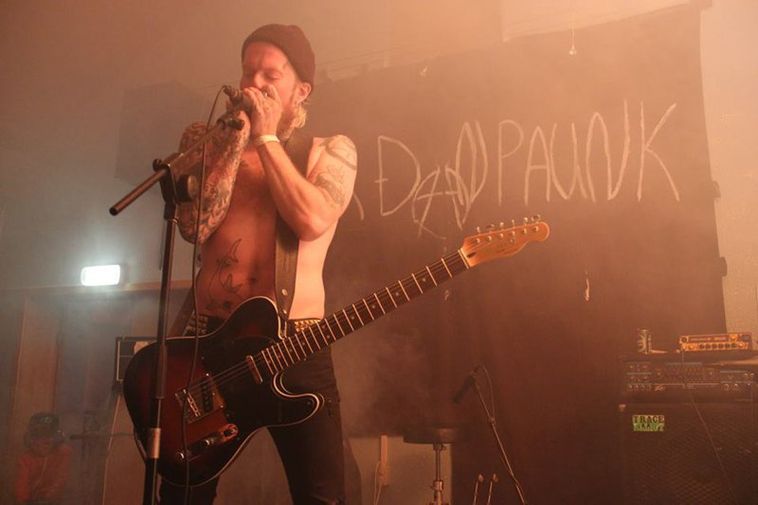 The first weekend in August is a three day weekend (as the Monday is a national holiday), and is full of live with all sorts of festivals happening all over the place.

Two very different music festivals are held over the weekend, one in the north, another in the south. These are Norðanpaunk and Innipúkinn.

The image Icelanders have in their heads of Verslunarmannahelgi is very bright. A sunny, summery feel, camping, singing and stuff like that. The image they have of Laugarbakki, a village of fifty people or so, is that it is cute. It is the home of an artist called Ásgeir, whose music is easy-going and comfortable.

The fact that at there is a punk music festival calledNorðanpaunk during Verslunarmannahelgi is therefore a bit unexpected.

Norðanpaunk is dedicated to bringing exposure to extreme and weird music and supporting the Icelandic underground scene. Many of the bands performing are well known in Iceland, especially in the punk genre. It is indeed a feast of underground music – there is no other event in Iceland where such a great variety of music in this genre can be found. The festivals organisers go so far as to call this a yearly punk-family gathering.

It is simple. There is a lot of music, both Icelandic bands and international. Forty bands over three days, and BYOB.

Only one thing to keep in mind – there are no tickets available at the door, you can only get tickets in presale. For that, contact nordanpaunk@gmail.com.

It is held at two of the most popular concert venues in Reykjavik, Gaukurinn and Húrra. The line-up consists of many of the hippest bands in Iceland right now, playing all genres of music. The best thing about this festival is that it is held in central Reykjavik. If you don’t like the next band playing, you can hop out, visit the next bar or two, and then return.