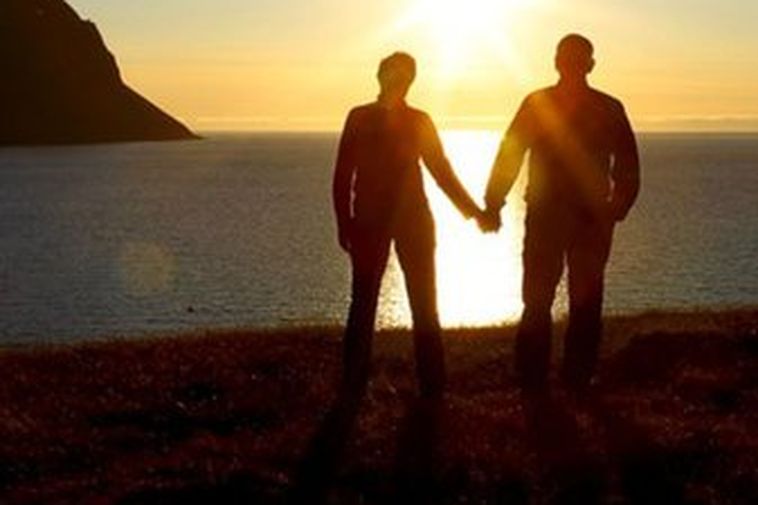 The summer solstice in Iceland is quite something. The sun shines through the night, and there are feasts and festivals all over the country. If there is any time you can feel the connection between Icelanders and nature, this is it. The atmosphere when the sun doesn’t set is like no other!

Getting a good view, preferably over the sea and not in a closed up valley in the shadow of a mountain, is a must. The point is to see the sun.

A great way to spend this weekend is to go camping somewhere by the sea in the north or west of Iceland. Somewhere where there’s no one but you (there are such places in Iceland, there not that many of us), and watch the sun not go down, either alone or with a special someone.

An even better way to spend the weekend is to attend some of the festivals held especially for this occasion. There is one in Þingeyri, in the beautiful West Fjords and another in Hofsós, in the north of Iceland, with a great view over the fjord and the islands there, and festivities to keep you awake into the night. There is yet another in Kópasker – you cannot go much further north without leaving the island, and the view over the North Atlantic Ocean is spectacular. For the best view though, there is the Summer Solstice Festival on Grímsey Island. Grímsey is the northernmost inhabited part of Iceland. There you can sit by the Arctic Circle, with nothing to block your view, and watch the sun tease the sea, closing up on it, and then just turning away and rising again.

If you are in the mood for two weekends of such an experience, or happened to have missed the festivities this weekend, the people of Garður celebrate their solstice a little later, the weekend after the solstice. The festival is held by the lighthouse at Garðskagi, which is known for having a beautiful view over the ocean (it is a popular pit-stop for a Sunday ride from Reykjavik all summer long). No worries, the sun is still breathtaking, and still refuses to sink in the sea.

For a family friendly festival just by Reykjavík, there is a children's day in Viðey Island, followed by a Summer solstice walk around Viðey in the evening. There is also the family festival Gróska in Garðabær, just a few kilometers from Reykjavík.

For something more upbeat, one of Iceland’s biggest music festivals – Secret Solstice – also happens to be taking place this weekend. Set in a park in the middle of Reykjavik, Secret Solstice offers great local and international bands, such as Wu-Tang Clan, The Wailers, FKA twigs, Kelis, Charles Bradley, Skream, Totally Enormous Extinct Dinosaurs, GusGus, Moodymann and Agent Fresco. This is without a doubt one of the most magical music festivals you could possibly attend. A party for three days, the sun not going setting the entire time, and you don’t even have to leave the city!

A great many things going on, and so much to do! The only warning is not to sit at crossroads all night long, you might get kidnapped by the hidden people (or become rich, if you can withstand their charm!)