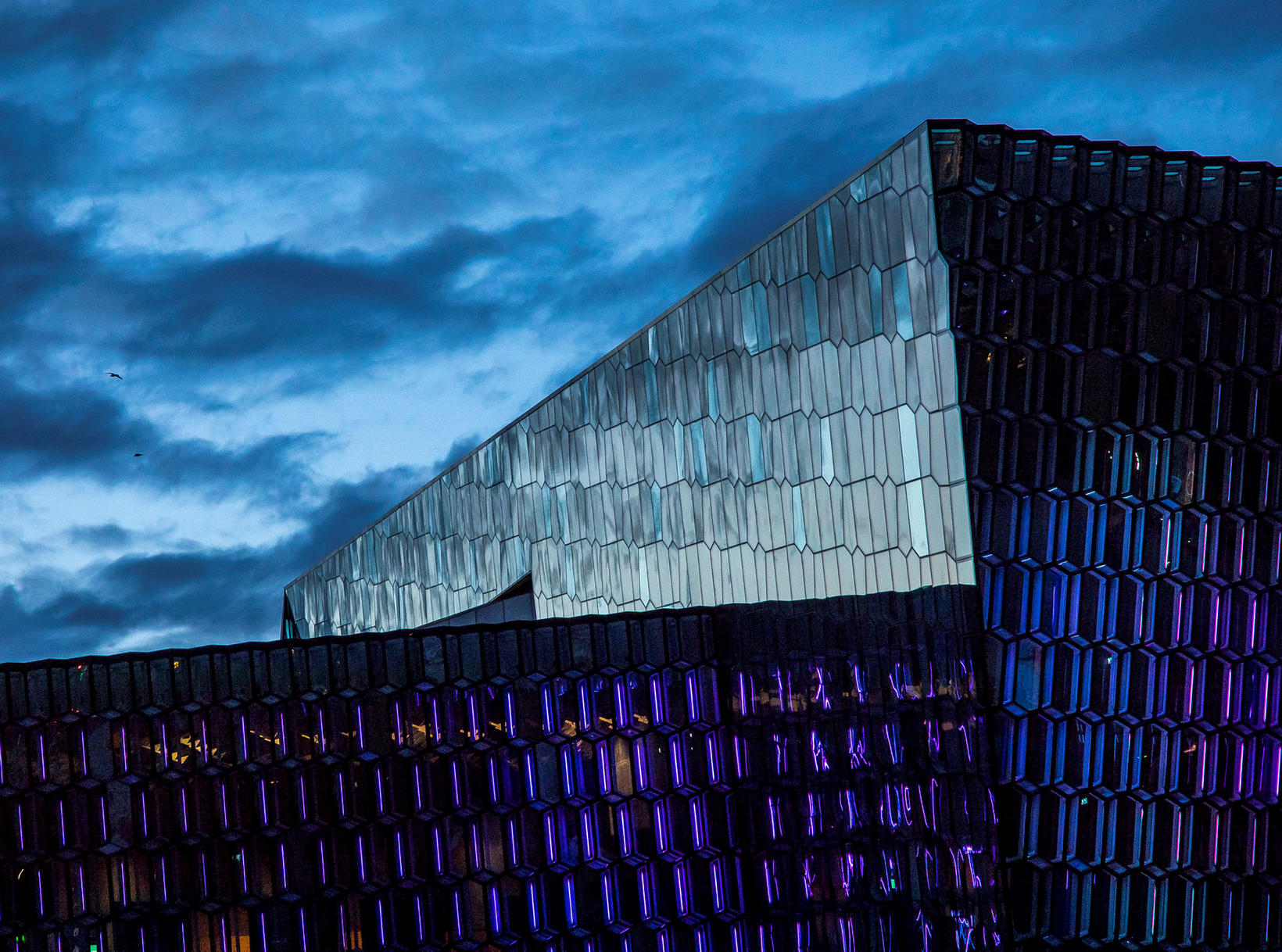 The Standing Committee of the Parliamentary Assembly of the Council of Europe (PACE), brings together around 60 of the Assembly&#8217;s members, who will meet in Harpa Concert Hall in Reykjavik today. mbl.is/Árni Sæberg

The Standing Committee of the Parliamentary Assembly of the Council of Europe (PACE) is meet ing in Reykjavik today in Harpa Concert Hall. Over 60 Assembly members from 46 countries will attend the meeting. 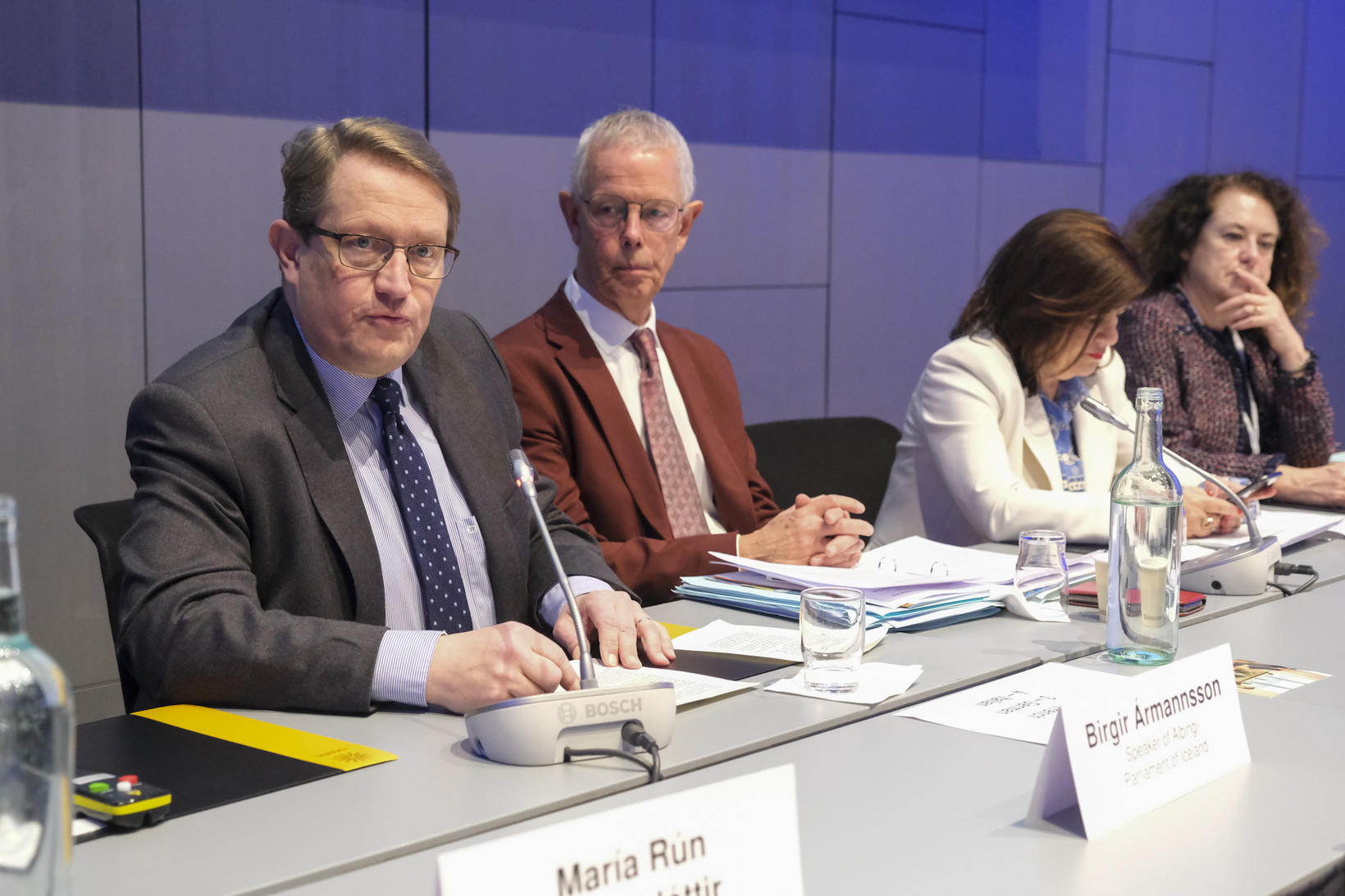 Here at the front is the speaker of the Icelandic government, Birgir Ármannsson, who gave a welcome address this morning. mbl.is/Kristinn Magnússon

The Icelandic government is hosting this event and its speaker, Birgir Ármannsson, will start the event with an opening address and there will be an exchange of views with Icelandic Foreign Minister Þórdís Kolbrún Reykfjörð Gylfadóttir in the framework of Iceland’s Presidency of the Committee of Ministers.

Today is the International Day for the Elimination of Violence against Women and at the meeting an event on “Digital violence against women” has been organized with the participation of Icelandic Prime Minister and Equality Minister Katrín Jakobsdóttir, National Commissioner of Police lawyer and GREVIO member María Rún Bjarnadóttir, and the head of the Sexual Offences Investigation Division Ævar Pálmi Pálmason. 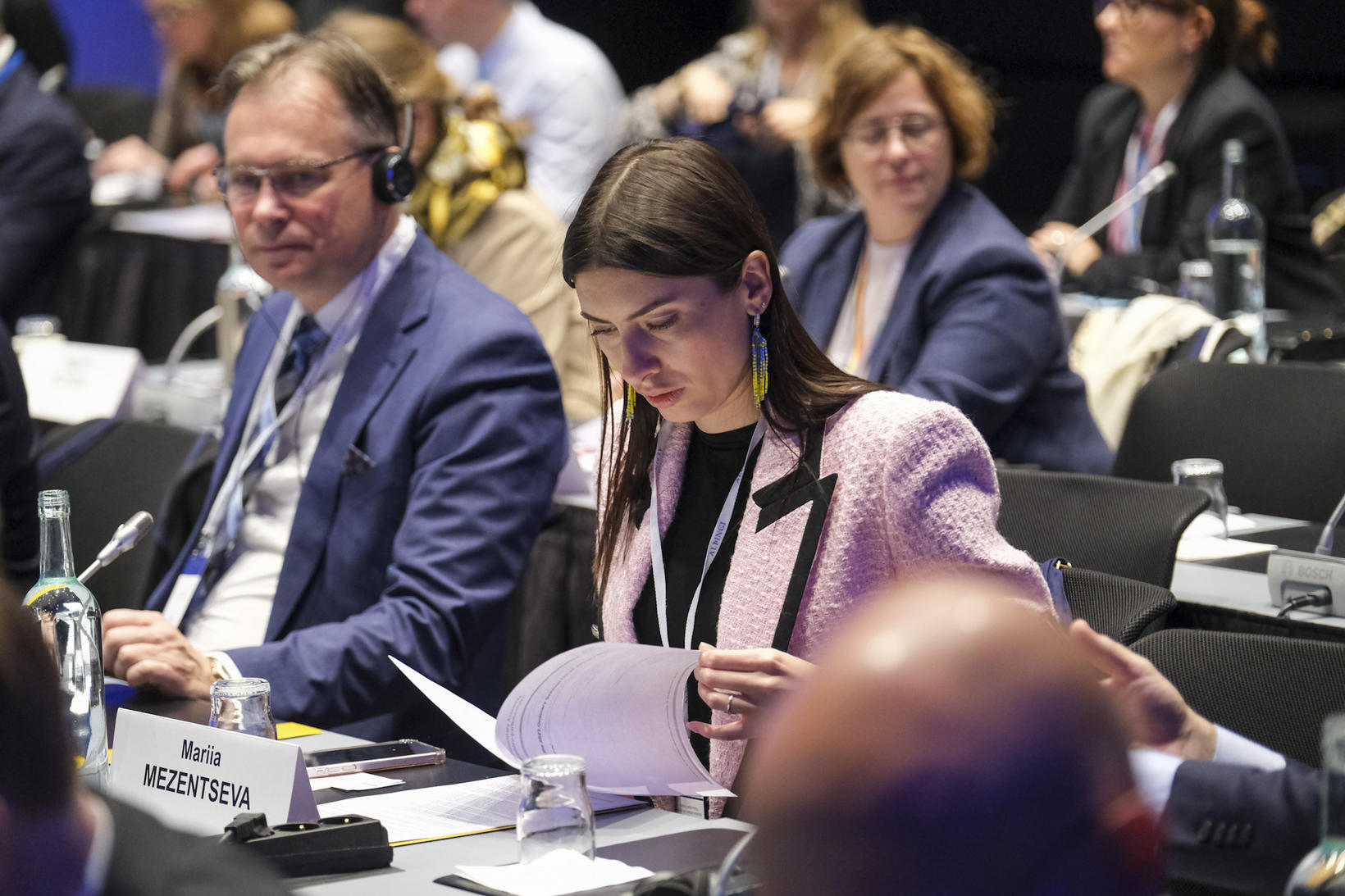 The war in Ukraine

There will also be a current affairs debate by the parliamentarians on the topic of “Escalation in the Russian Federation’s war of aggression against Ukraine”. They are also expected to adopt a statement on the 4th Summit of Heads of State and Government of the Council of Europe which will be held in Reykjavík on the 16-17 th of May 2023. 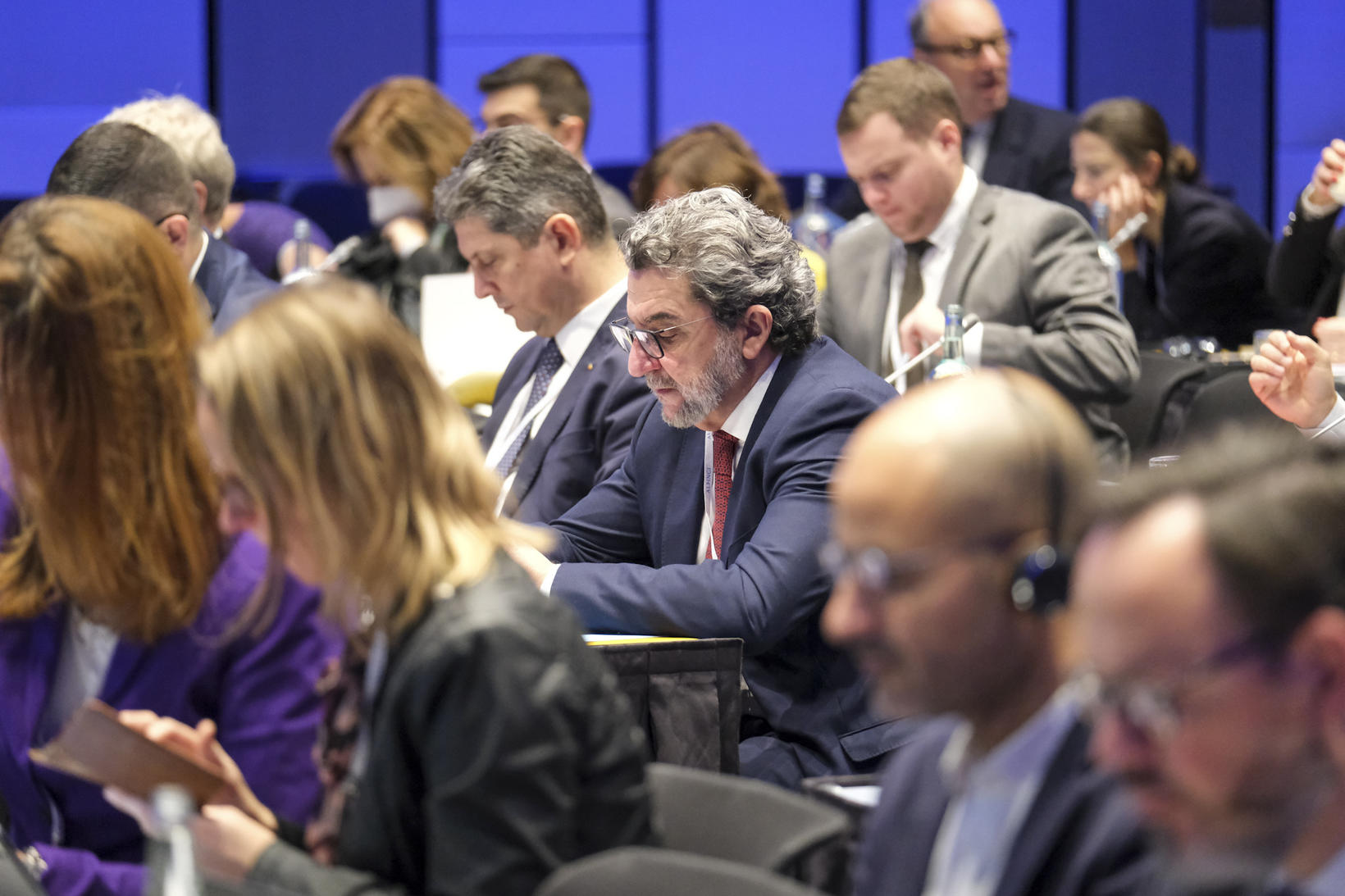 The role of the Council of Europe

In the meeting they will discuss the role of the Council of Europe as a cornerstone of the European political architecture, protecting democracy during health crises, the impact of the Covid-19 pandemic on civil society space and on the prison population, securing safe medical supply chains, the evaluation of the partnership for democracy in respect of the Parliament of Jordan, and the observation of early parliamentary elections in Bosnia and Herzegovina and in Bulgaria.

Here is a live webcast from the meeting. 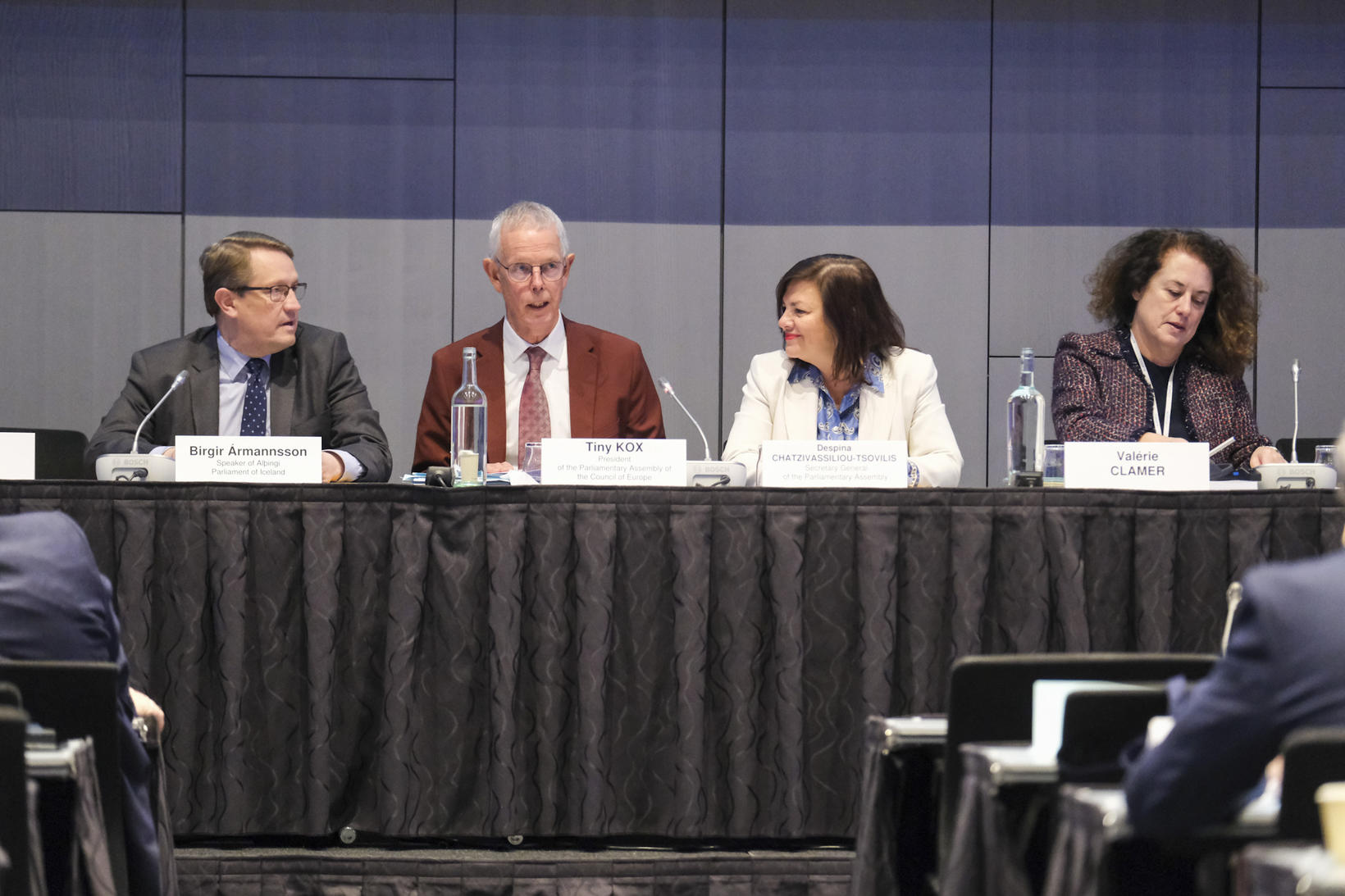