“I was down at Jaðarbakkar just minutes ago with my son going to a basketball practice in another building,” says Páll Guðmundur Ásgeirsson project manager for the sports team ÍA in Akranes just around 7 PM yesterday. “Then I saw that the police had closed off the whole area and they had another construction crane in place trying to get the other one off the roof.”

His daughter was in the sports hall when the crane fell on the roof, and Ásgeirsson says that many of the children were quite alarmed. The children training when the accident happened were 6-7 years old or 1 st and 2 nd graders.

The children have been offered trauma support

"I wasn't there myself, but I heard that the coaches had taken all the kids to one end of the hall, and understandably the kids were quite alarmed," Ásgeirsson says, adding that the coaches have sent out a notice to the children's parents offering trauma support to those who want to receive it.

“We don’t know yet how long the sports hall will be closed, but at least there will be no training sessions in the next few days. It’s still all unclear and we still don’t know what caused it. We have in fact no other training area when the weather is so wet, because you can’t play football on the synthetic grass fields in this kind of weather.” 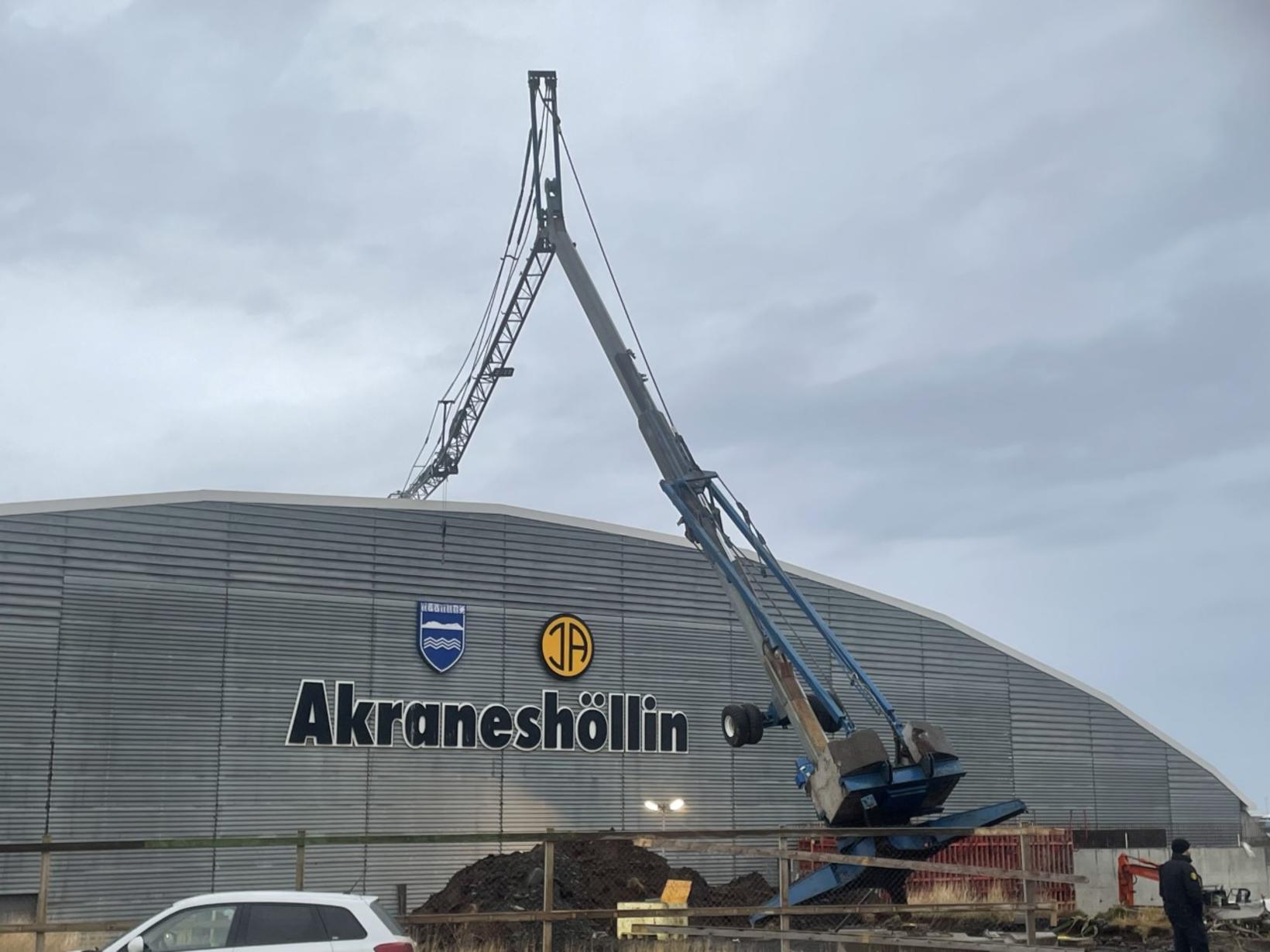