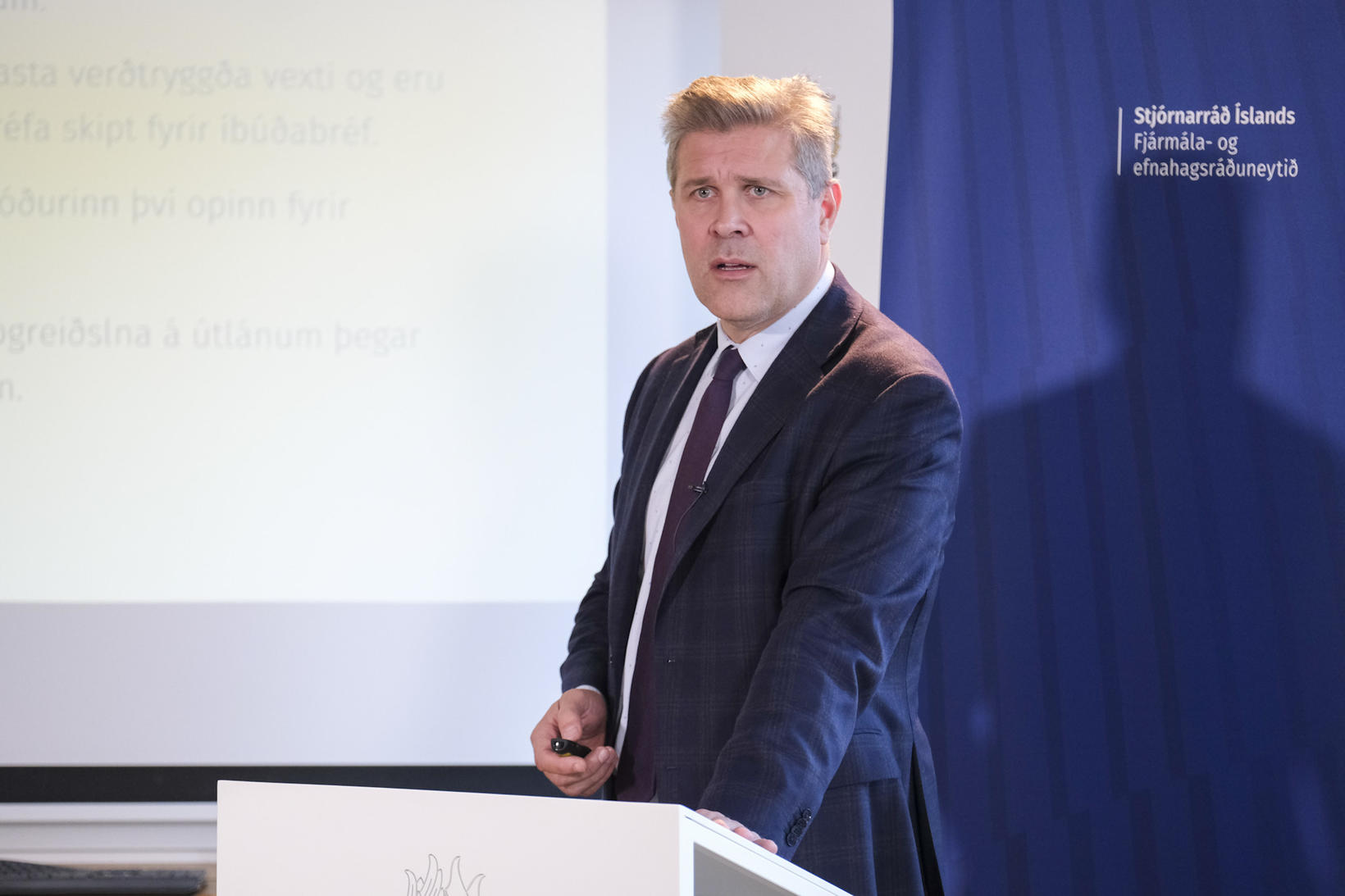 Bjarni Benediktsson, the Minister of Finance and Economic Affairs has been in the spotlight after the report on the sale of Íslandsbanki was published yesterday. mbl.is/Kristinn Magnússon

Bjarni Benediktsson, the Minister of Finance and Economic Affairs, says that it would have been completely unrealistic to try to chase the price in the government’s subsequent offer of shares in Íslandsbanki to 122 ISK per share. It would also have changed the composition of shareholders and affected the full target of the offer, but to get the highest price. This is what Benediktsson says in a conversation with mbl.is, but the report of The Icelandic National Audit Office (INAO) was officially published today.

In the report there are a number of questions raised regarding the preparations and execution of the sale and furthermore it is stated that the sale process and the main objectives and criteria of the execution were not well defined. In addition, the transparency of information and terminology when informing the committees of the government on the matter were not designed to provide a clear picture of the mechanisms of the sale process.

“Overall, the report cannot be said to show that the sale was a failure. I look at the overall context and I can’t see that we did not protect the interests of the state quite well,”  says Benediktsson, asked whether the report implies the sales process was not executed properly. He says that the report is largely in line with what he and the state government had expected. However, he admits that there were certain shortcomings in the presentation and preparations that people have realized after the fact. Therefore, he says that the result now is not a great surprise to him. 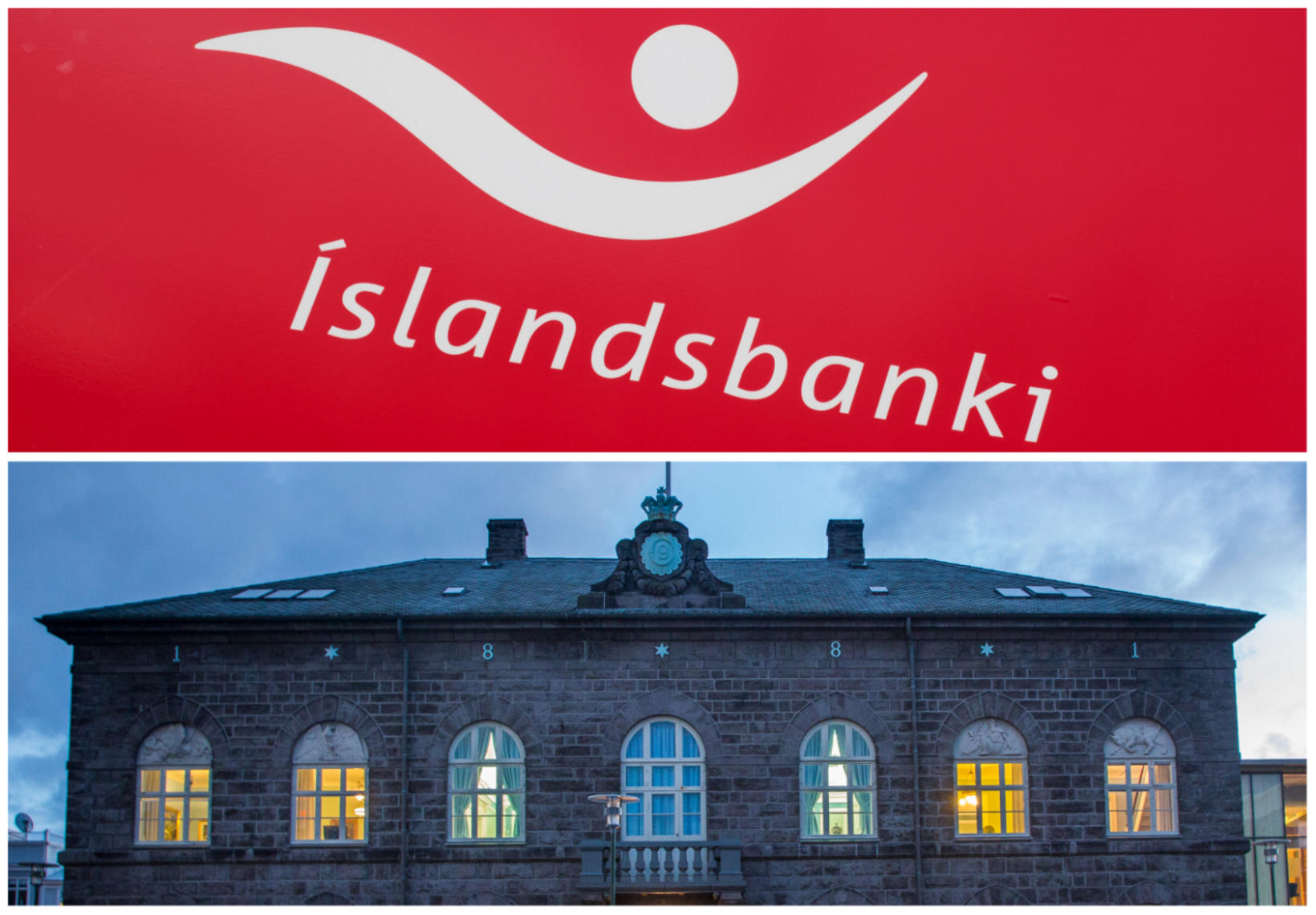 He says he is pleased overall when looking at the sale of the state’s holdings in Íslandsbanki. “What still stands out in my mind is that we made the right decision to register Íslandsbanki, to go to the public tender, and this tender was in every respect a very successful one, although some things could have been executed better,” he says.

The INAO report makes several references to the failure of the Icelandic State Financial Investments (ISFI) to fulfil its responsibilities and it is even suggested that it failed to comply with the law in not fulfilling the priority objective of ISFI legal framework when it came to efficiency or achieving the highest price.

Critique from the report

Among other things is this chapter from the conclusion in the report:

"It is the conclusion of the Icelandic National Audit Office that ISFI did not adequately fulfill its role in the run-up to the sale process according to Paragraph 3 Article 1 Act no. 88/2009 on the institution to ensure transparency in all decision-making regarding the state's participation in financial activities and to ensure effective information dissemination to the public.”

"The INAO believes that the ISFI has neglected to ensure that the work of supervisors, sales consultants and dealers was coordinated and efficient."

"ISFI made the decision, on the advice of its advisers, to propose to the minister that the property should be sold at a lower price, apparently in order to achieve other goals than its primary goal and main rule of law no. 155/2012 on efficiency or the highest price."

Asked if he believes that the ISFI work has been in compliance with the law, Benediktsson says that each person must answer that for themselves. “It is not possible to argue that we did not carry out the sale in accordance with the law. However, there indications that ISFI, the ministry and partly the government underestimated the reputational risk of this process,” Benediktsson says and adds that it should not be forgotten that the primary goals were to register and sell the bank, to get a good price, but also to get a broad and diverse ownership. "These goals were all achieved and in my mind that was the main goal.”

Ultimately the responsibility for ISFI does not lie with him

Benediktsson says that ultimately he cannot be held responsible for ISFI since the idea was to keep the institution at an arm’s length.  “The laws regarding ISFI are put up the way they are precisely to minimize the involvement of politicians in the decision making. For example, the law states that if I want to have any influence on the way in ISFI operates, I have to inform the Parliament. ISFI enjoys a high degree of independence andit is independently managed.  I cannot accept the notion that I should be ultimately responsible for ISFI’s decisions when laws are constructed specifically to remove the provisions - the decisions taken therein - from my political sphere of influence," he said.

In notes from his ministry sent to INAO the attention is drawn to two parliament committees that had oversight on the matter and it was pointed out that content-wise there did not seem to be any problems with the proposed sale procedure or any recommendations to the minister regarding said procedure.

Asked about these notes and whether he believes the MPs have failed, Benediktsson says he does not want to go that far. “I don’t think that the MPs have failed, but I doubt that the INAO believes that people there haven’t realized the reputational risks. And if we read the committee’s opinions coming from Parliament, it’s focused on foreign ownership. In the meetings held with Parliament, it was quite clear that there could be some deviation from the last sales rate,” he says.

In the report it is pointed out that since the sale was for a 450 million shares that 1 ISK difference in sales price per share could change the price dramatically, or 450 million ISK. Last time shares in the bank were sold, they sold for 122 per share, but offers came in for 120% for that price, but 282% for the price of 117 per share. It is also underlined in the report that an offer for 118 ISK per share would be double the size of the sold shares.

Asked whether the state did not lose 2.25 billion ISK on this sale, Benediktsson says that this whole discussion centers around whether the shares should have been sold for 117 or 118 ISK per share. In a case like this it is always important to expect a lot of demand for these kind of sales and he mentions an example from Ireland in that regard where fewer than wanted were able to buy shares in a state bank. “It makes no sense trying to push the price up [to 122 per share].  By then you had so little beyond the amount we were selling, and then other targets we had were being sacrificed, targets we agreed that were important for the sale.”

Did ISFI have adequate information on the demand?

Benediktsson stresses that according to the ISFI proposal the rate of 117 was deemed the most likely to secure that goal, so he did not think there was any reason to look at it better.

These assumptions are, however, critiqued in the report, saying that the ISFI was not aware of what the total demand by investors was when the decision on the indicative closing price was made. Hence, the ISFI did not have adequate information on the actual level of investor demand.