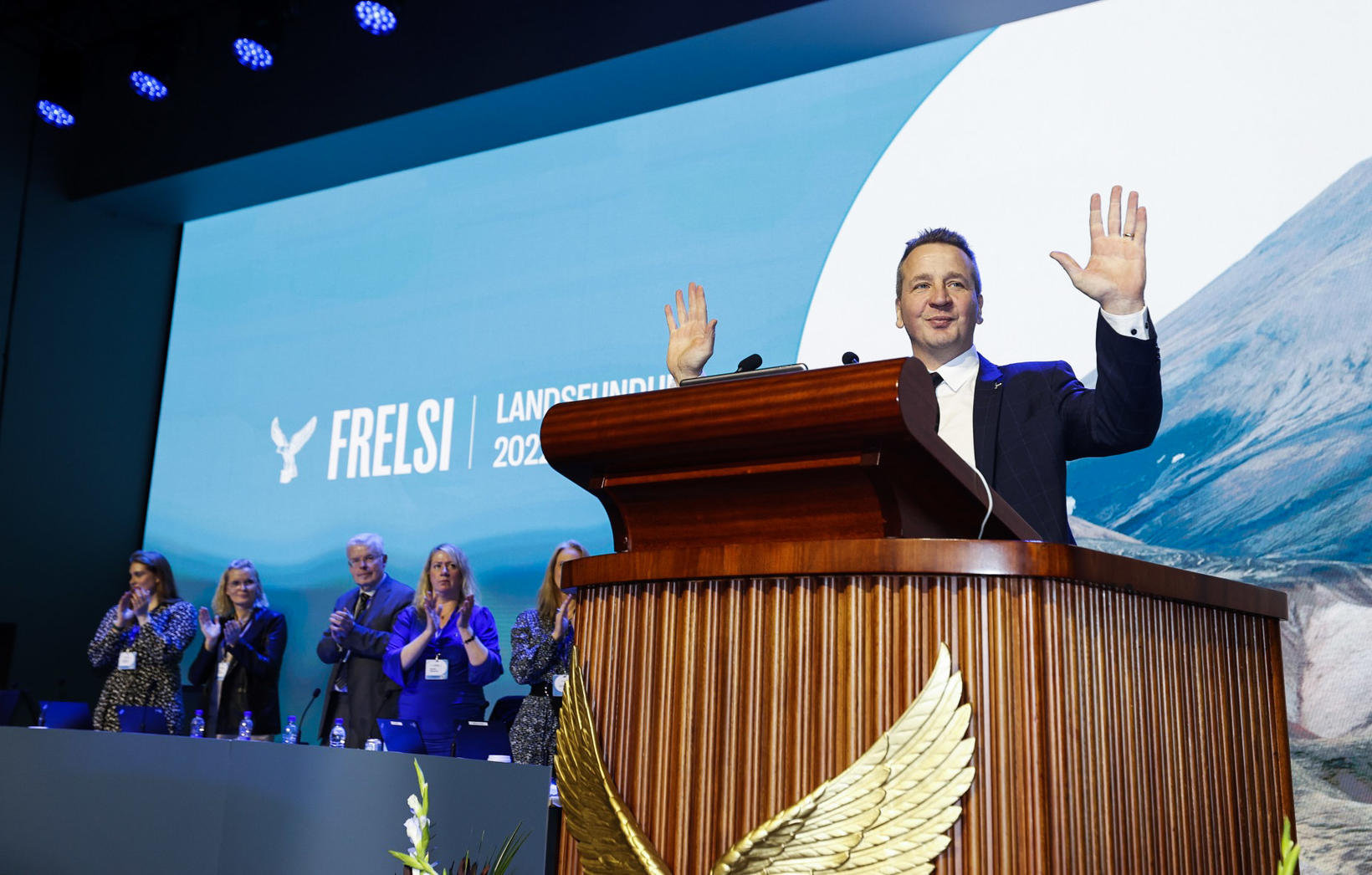 Guðlaugur Þór Þórðarson said he was proud of his results although he was aiming for the top seat. mbl.is/Eggert Jóhannesson

“To have an election like this against the chairman of the Independence Party is a very positive message. I’m very proud of that and proud of my supporters,” Guðlaugur Þór Þór Þórðarson told mbl.is reporter when the results came out yesterday, but Bjarni Benediktsson was victorious in their fight for the chairmanship. Þórðarson said that he was not interested in the vice chairmanship, even though there was at the time still a possibility for him to run for vice-chairman in light of the results.

He said he is pleased to hear that the issues he focused on have come up for discussion.

“At this point, I could not hear better than the chairman accepting them,” he says, referring to Bjarni’s speech when the result came to light.

Bjarni then spoke of the fact that party members must come together and move forward.

“This is what I’ve been stressing. We’re tired of continually winning defensive victories. We can be proud to be a part of the Independence Party. We can be proud of our values and the history of the party.”

I'll just be at work tomorrow

He also believes that by placing more emphasis on the inner workings of the party  and the core values of freedom and standing together,class with class, it will be possible to achieve better results.

Asked if he thinks these issues matter more than the chairman’s chair, Guðlaugur stated: “Of course, I volunteered because I wanted to be chairman of the Independence Party and I believe I would have been best one to lead this work, but I think the main thing is that the issues will be executed and will be successful.”

Þórðarson does not expect that this will affect his position in the government.

“I’ll just be at work tomorrow as usual. There are many exciting projects that need to be done.”