Benediktsson gets a decicive lead to chair the Independence Party 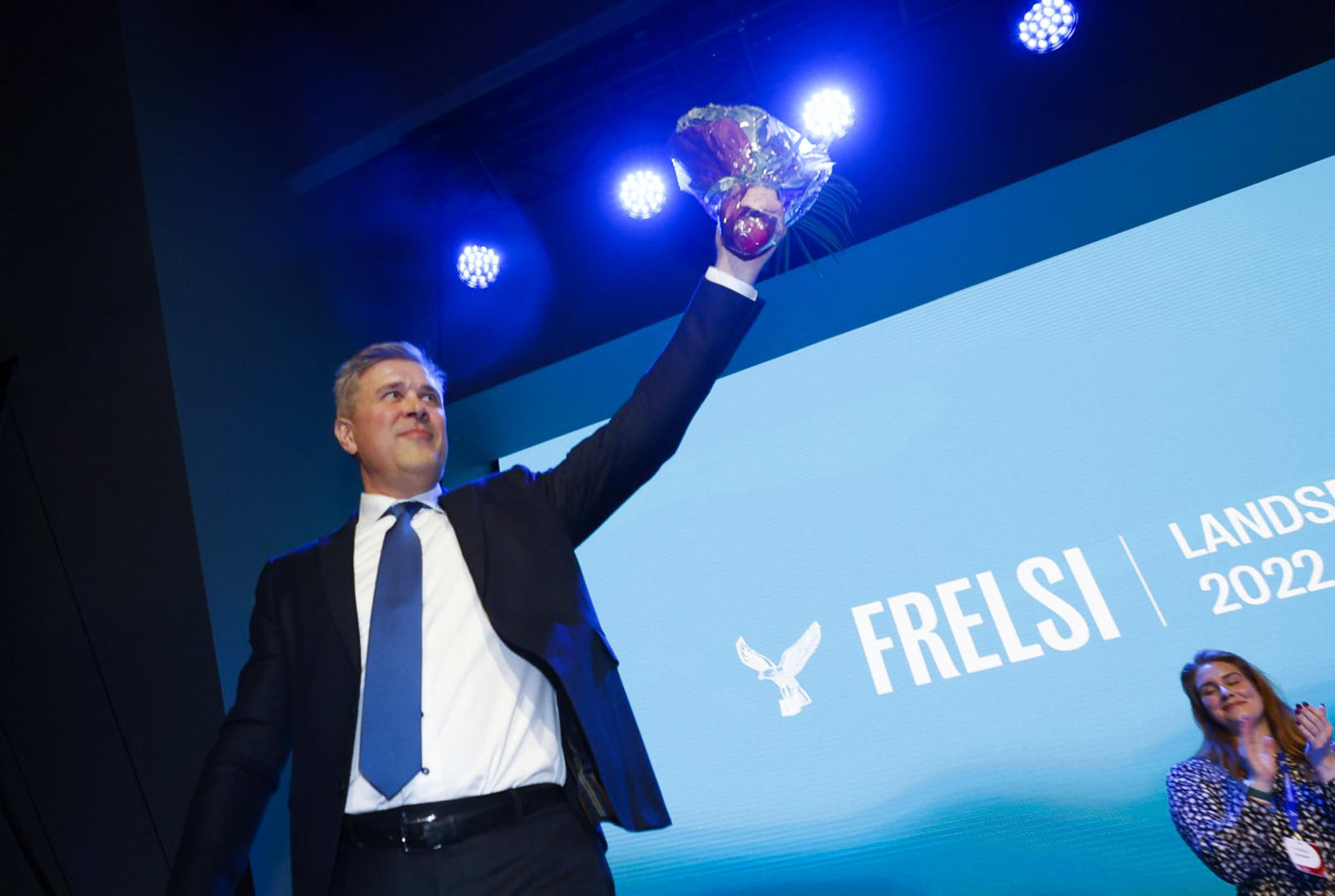 Bjarni Benediktsson continues to be the chairman of the Independence Party. mbl.is/Eggert Jóhannesson

Bjarni Benediktsson, Minister of Finance and Economic Affairs, got 59 percent of the votes for the leading position in the Independence Party whereas his challenger, Guðlaugur Þór Þórðarson, the Minister of Environment, Energy and Climate, got 40% of the votes. The party held its 44th National Convention last weekend with record attendance in Laugardalshöll in Reykjavík. Benediktsson received 1010 out of total 1712 votes cast whereas Þórðarson received 687 votes. Blank and void bills were 9 and others received 3 votes.

It was only a few days before the meeting that Þórðarson announced his intention of challenging Benediktsson for the leadership role and it caused quite a stir in the party. It was widely thought that Þórðarson had been planning this move for up to two months, although it was only revealed shortly before the National meeting. 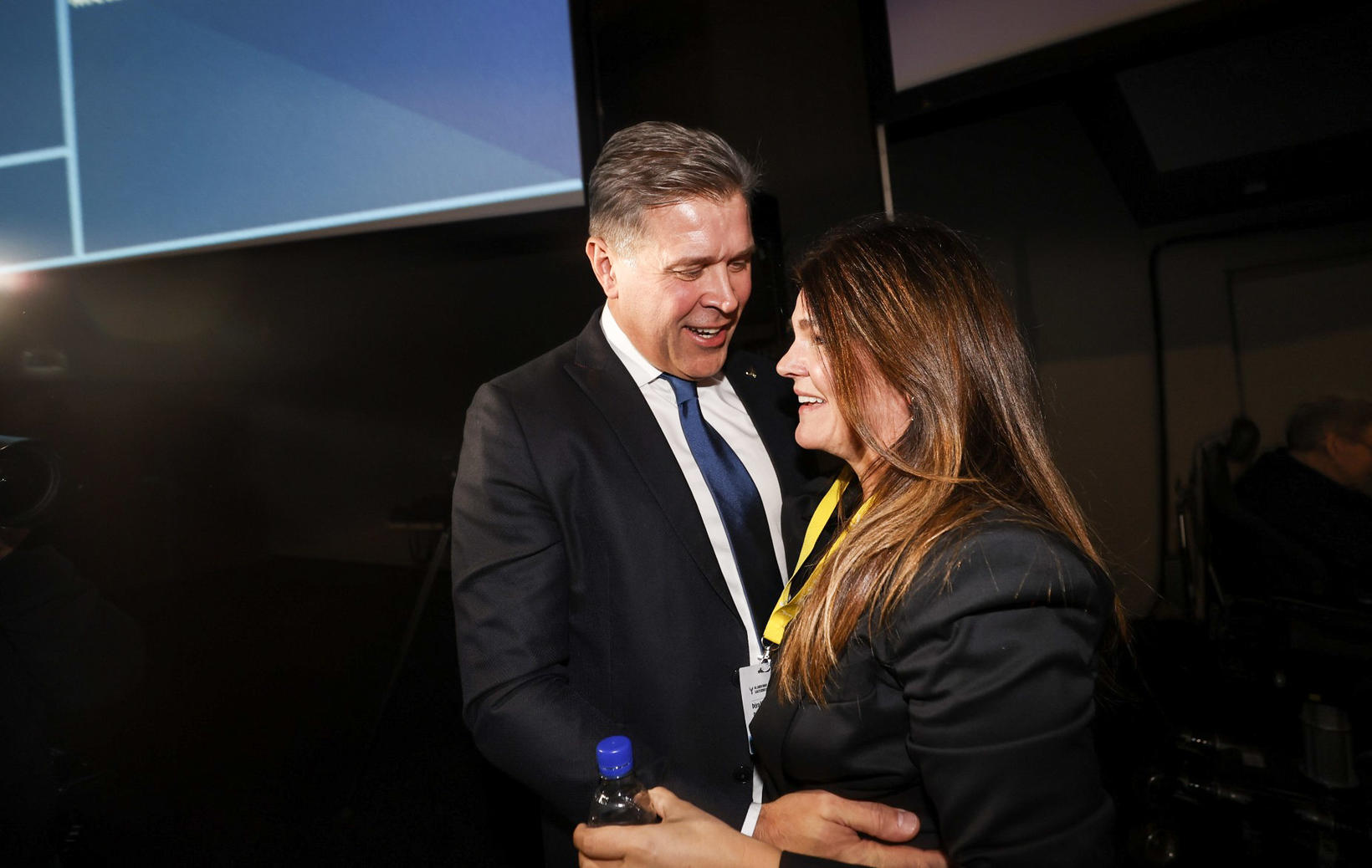 “When you say, ‘Let’s do better, let’s go further and jump a step higher,’ I say, ‘I’m in on it!’ ” said Bjarni when addressing party members once his win was secured and announced shortly after lunchtime on Sunday.

Bjarni has chaired the Independence Party since 2009, having succeeded Geir H. Haarde in his time.

He has been re-elected as chairman five times since then, at the party's national conferences, and this is therefore the sixth time. He has now been re-elected five times, and has had better representation on all occasions. 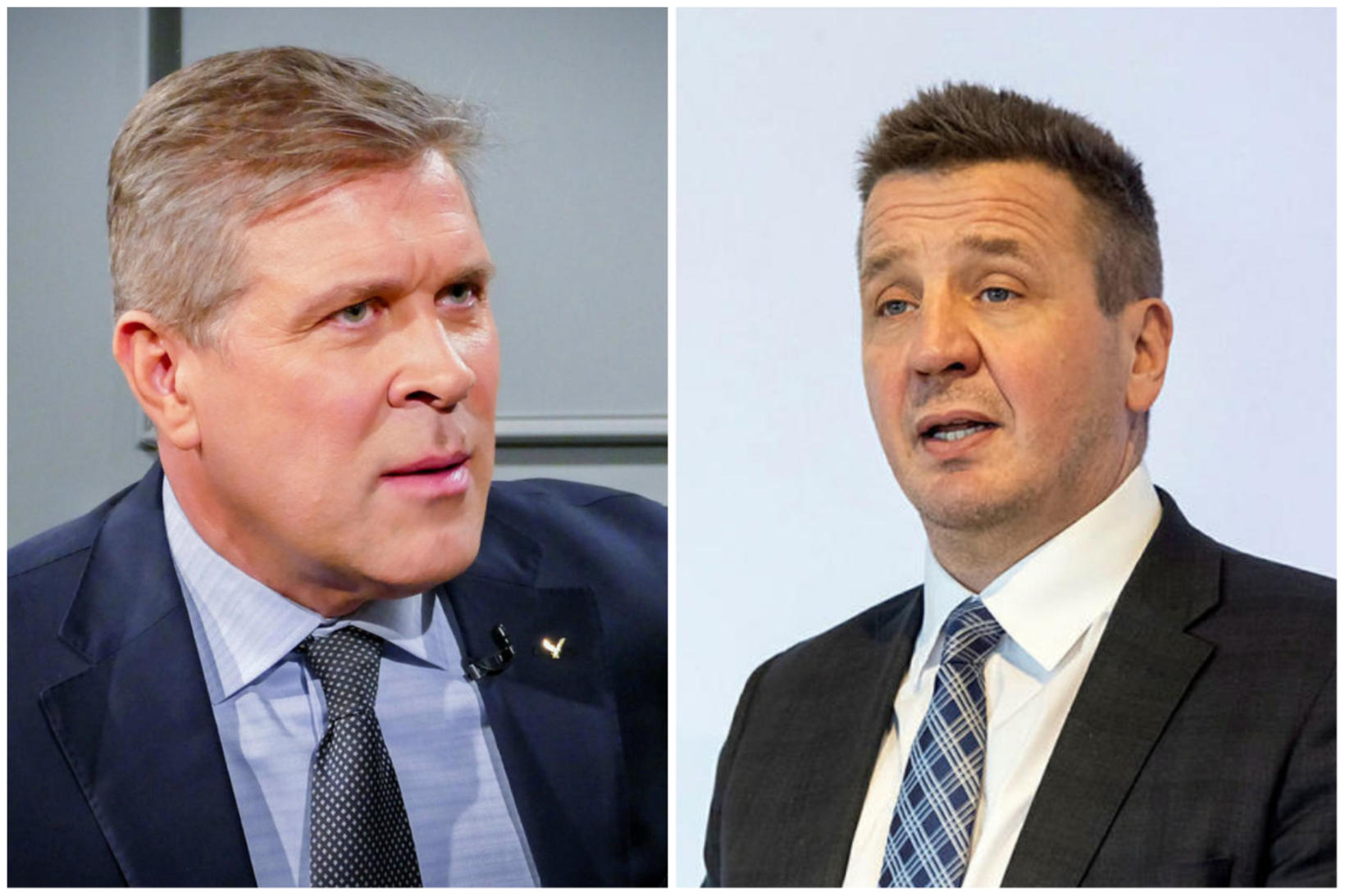 Focusing on the results

Guðlaugur Þór announced his candidacy on October 30th, or less than a week before the National Convention. It had become clear who would have a seat at the meeting. The last few days, the heat was turning up in the competition with supporters of each of the two candidates exchanging accusations of bad practices from the other.

Few of the country's political scientists dared to predict the outcome, and it was widely assumed that a group of people would only make up their minds at the convention, after the end of each candidate's respective speeches.

Þórðarson emphasized that the Independence Party must turn defense into a new offense, accusing the current leadership of having lost faith in the fact that it was a possibility. Benediktsson again pointed to the fact that party members were looking at the society that had been successfully created during the Independence Party’s leadership and its steady hand in government.

“I have always focused on delivering results for people, but this challenge shines a light on areas we can improve on, like being more active in listening to all the voices in the party,” said Benediktsson to mbl.is after the results were clear. 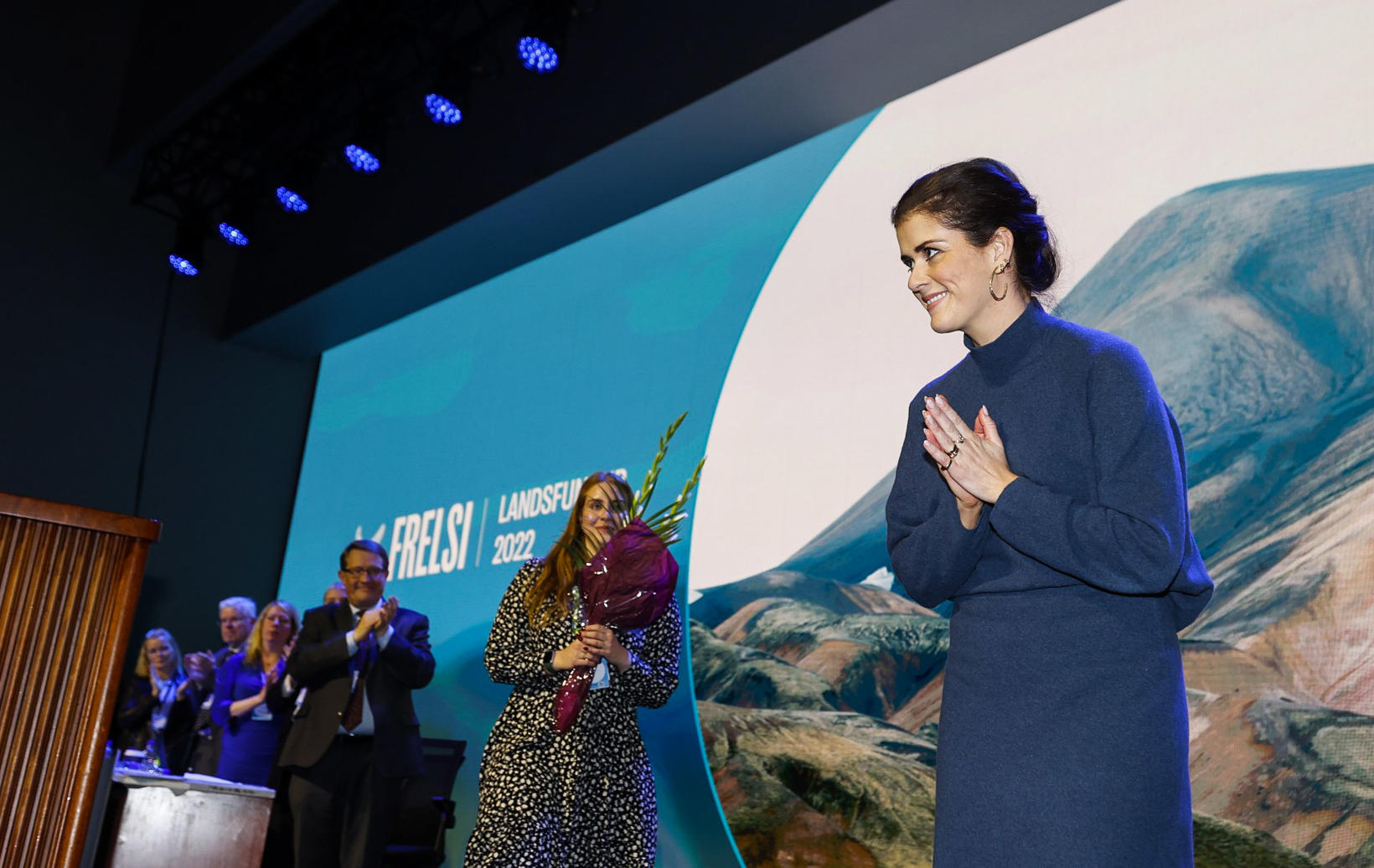 “We need to heed to the call to continue the conversation but it is my belief that it is our good results and ongoing plans to continue delivering results that secured this win.”

Members of the party must be a team

- Þórðarson got a fairly good vote, do you see that you’ll be doing a lot of work to re-unify the party after this election?

"On my part, I see us coming together and becoming one team, so I don't have any major concerns about it at this point."

- So you have no concerns about the approximately 600 votes? 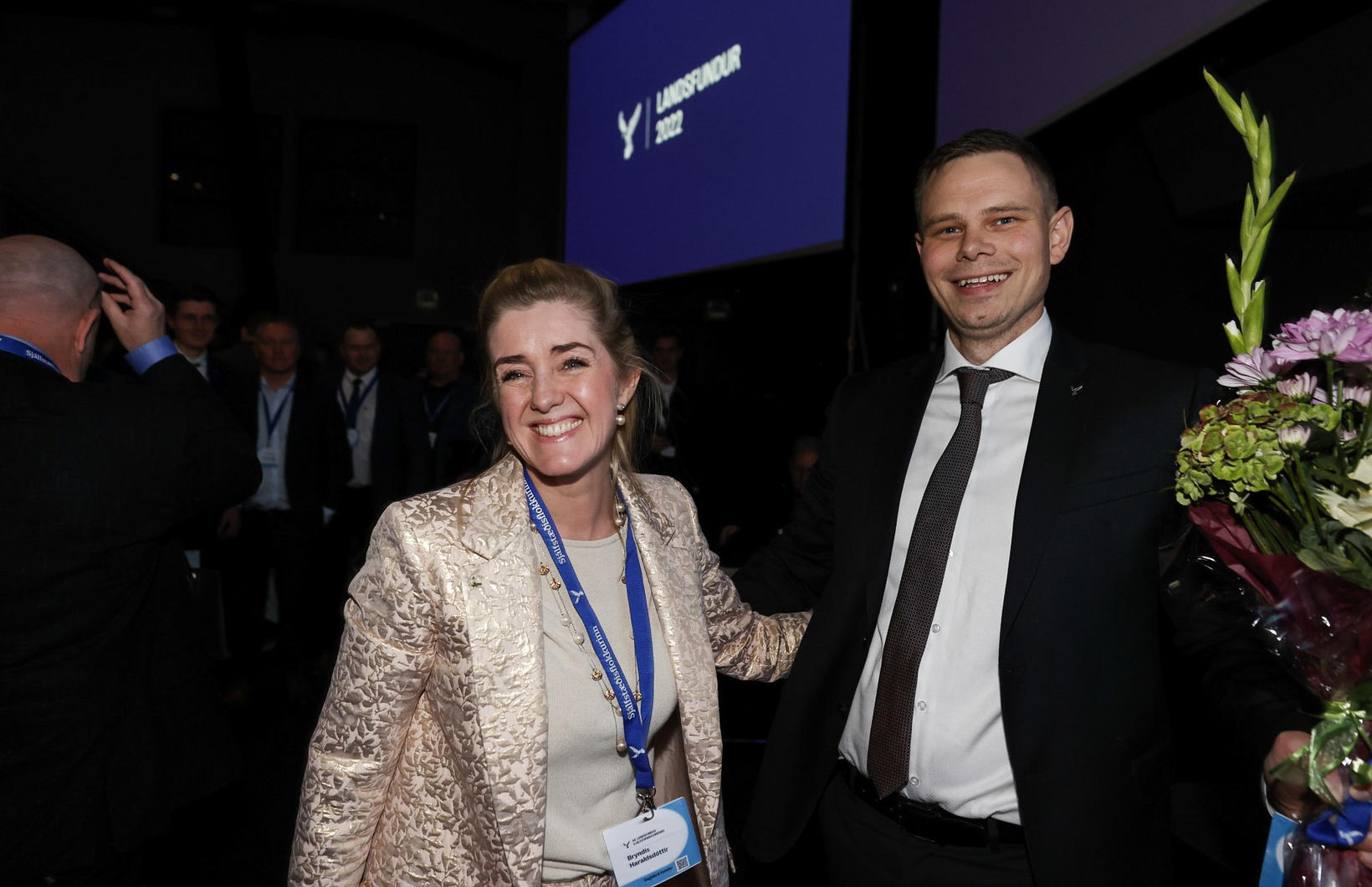 Vilhjálmur Árnason was elected the Secretary of the Independence Party. mbl.is/Eggert Jóhannesson

“No, I mean Þórðarson got three thousand votes in a runoff election just over a year ago. He is leading the party in Reykjavik, which is of course a key constituency at the national level, and that’s why it was always expected that he had some group of supporters here at the meeting, but I think it was a decisive victory.”

Asked what he takes with him from this experience of the National Convention, Bjarni says he feels the great will of all party members to participate and be active in the party.

Will this change Þórðarson's position in the party?

"Everybody is willing to contribute. People come here because they are interested in political issues and the political process and they are concerned with their community. We need to mobilise that interest finding a platform for it and a way forward.”

- Will these results have any consequences for Þórðarson within the party?

"No, I'm not thinking about any of that right now at this point. I'm just happy with the result."

-How will you celebrate your victory?

"With all my best people, all the people who have been supporting me. My family has something planned.”