“Difficult to be queer in Slovakia” 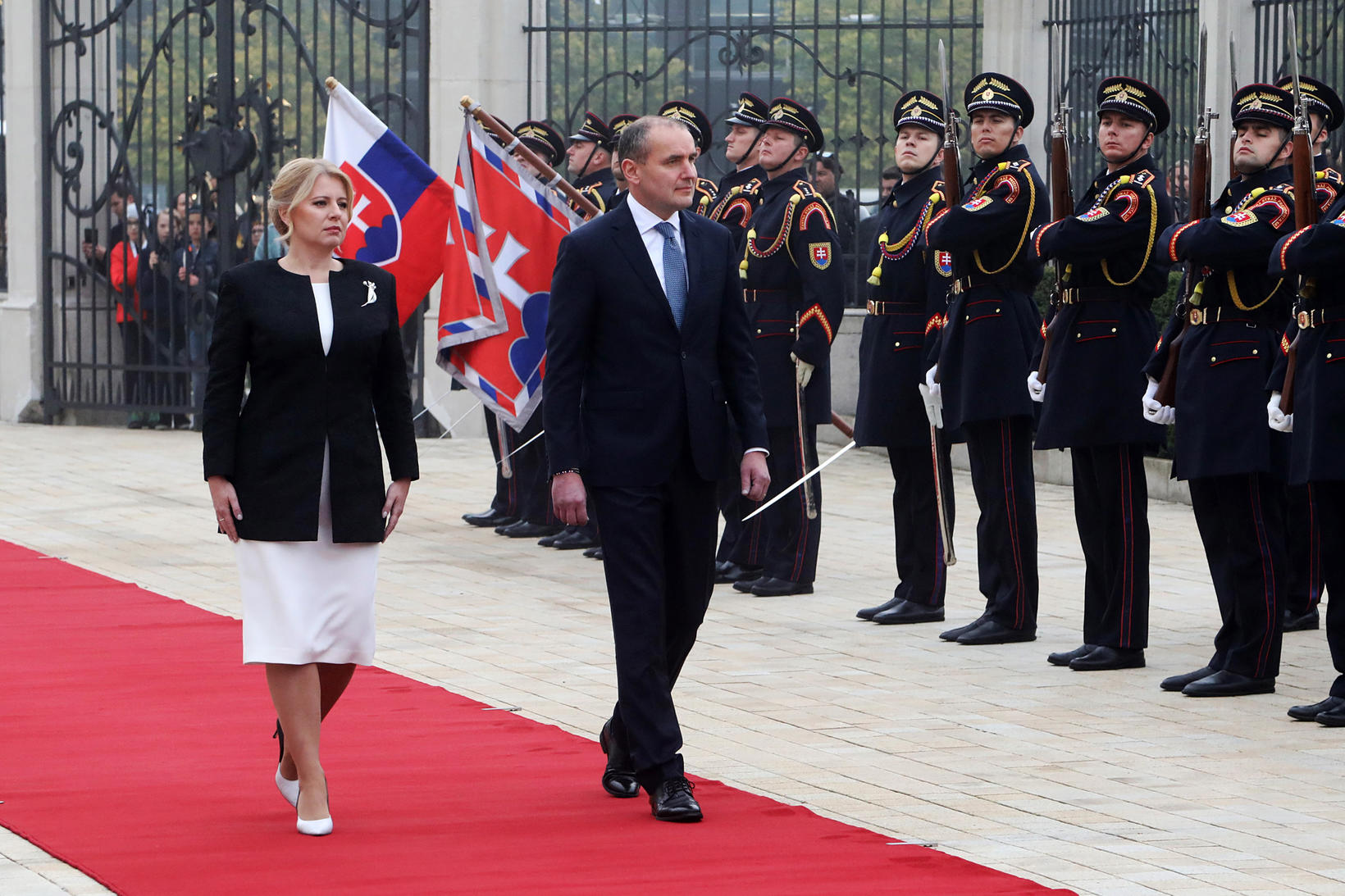 Zuzana &#268;aputová the President of Slovakia and Guðni Th. Jóhannesson President of Iceland met at the presidential Palace in the presence of the honorary guard. f Photo/Forseti.is

The President of Iceland Guðni Th. Jóhannesson and First Lady Eliza Reid are expected to arrive late tonight after an official visit to Slovakia. Guðni says that the visit has been extremely successful and that it will strengthen the bond between te countries, especially when it comes to  cooperation in the fields of geothermal energy, research and innovation.

“We had with us representatives from Icelandic businesses who intend to strengthen the cooperation with Slovakia in the field of geothermal energy and leading that group was Halla Hrund Logadóttir, the Director General of The National Energy Authority. Yesterday we attended a big conference, and it is clear that Slovaks want to use this resource more effectively. They want to put more emphasis on green energy but also to be less dependant on Russian oil and gas,” Guðni stated, but he was on his way to the airport when he was contacted by mbl.is. “Immediately after this conference, promising relationships and ideas for cooperation were formed. Icelandic companies have already made a name for themselves in Slovakia, but now it’s time to take it to the next level.”

It is worth noting that at the time of President Jóhanneson’s attendance at the conference on geothermal energy, the First Lady Eliza attended a well-attended symposium on gender equality. 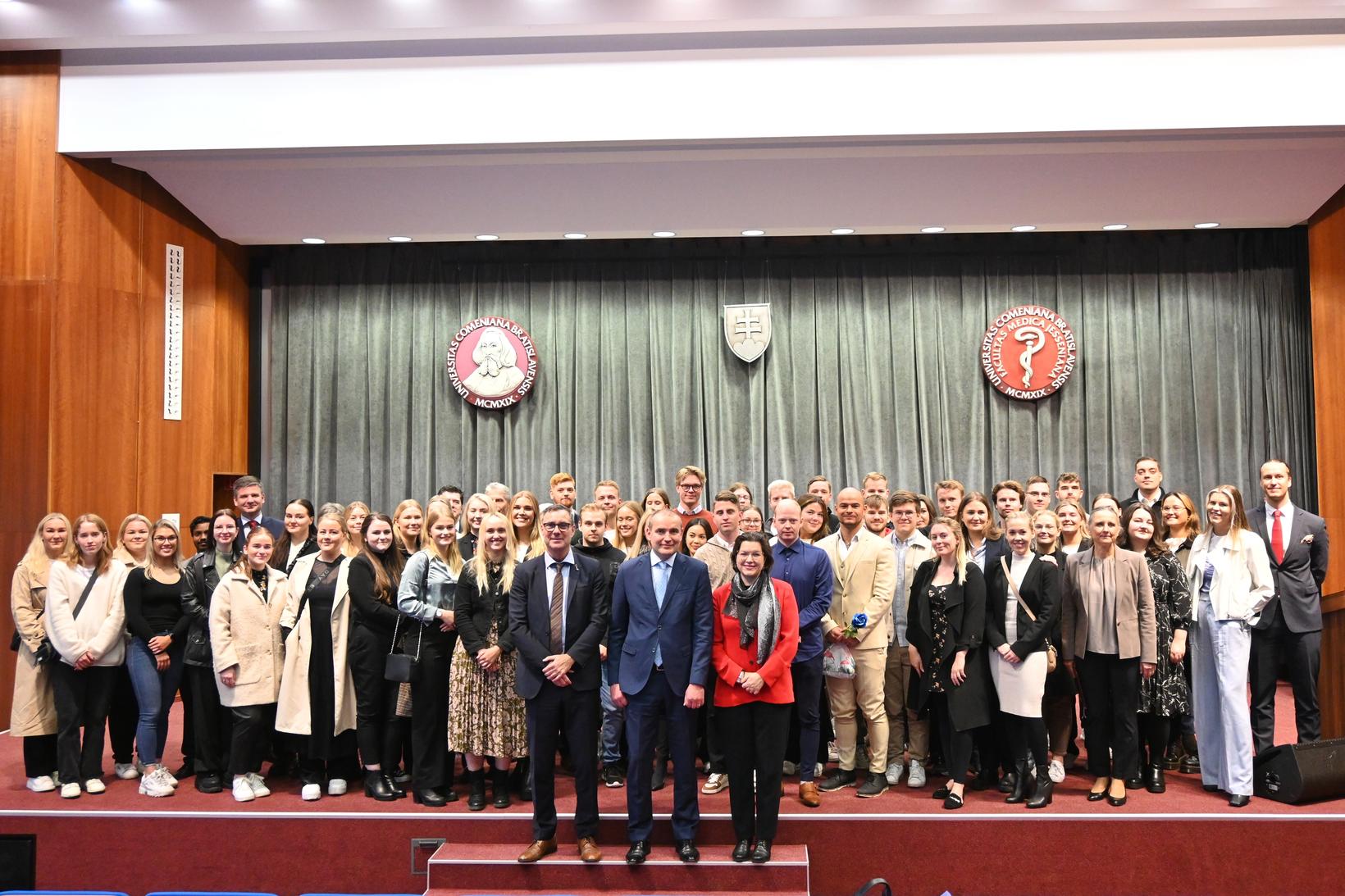 The Iceland President and the First Lady with a group of Icelandic medical students. Photo/Forseti.is

Met with a big group of Icelandic medical students

The entourage of the President also included the Minister of Health Willum Þór Þórsson and he and the President talked to a group of Icelandic medical students, as well as the staff and the board of the University of Comenius in the city of Martin. Now there are 171 Icelanders currently studying medicine at the Jessenius Faculty of Medicine. Included in the meeting were also Icelandic veterinary medicine students who are studying at the University of Košice in eastern Slovakia.

“We were given a tour of the University and the program. It’s a very good and important addition to out educational system, as we cannot accommodate all our medical students at home in Iceland. But it is also necessary for people to seek experience and education in the big world, ” Guðni says.

A lot needs to be done for the queer community

On October 13th, two men were shot dead outside the queer club of Teplár, the main refuge of queer people in the capital Bratislava. To pay their respects, the presidents met with representatives of queer society in Slovakia and laid flowers at the scene of the atrocity on behalf of the Icelandic people. They also met with the bar owner. 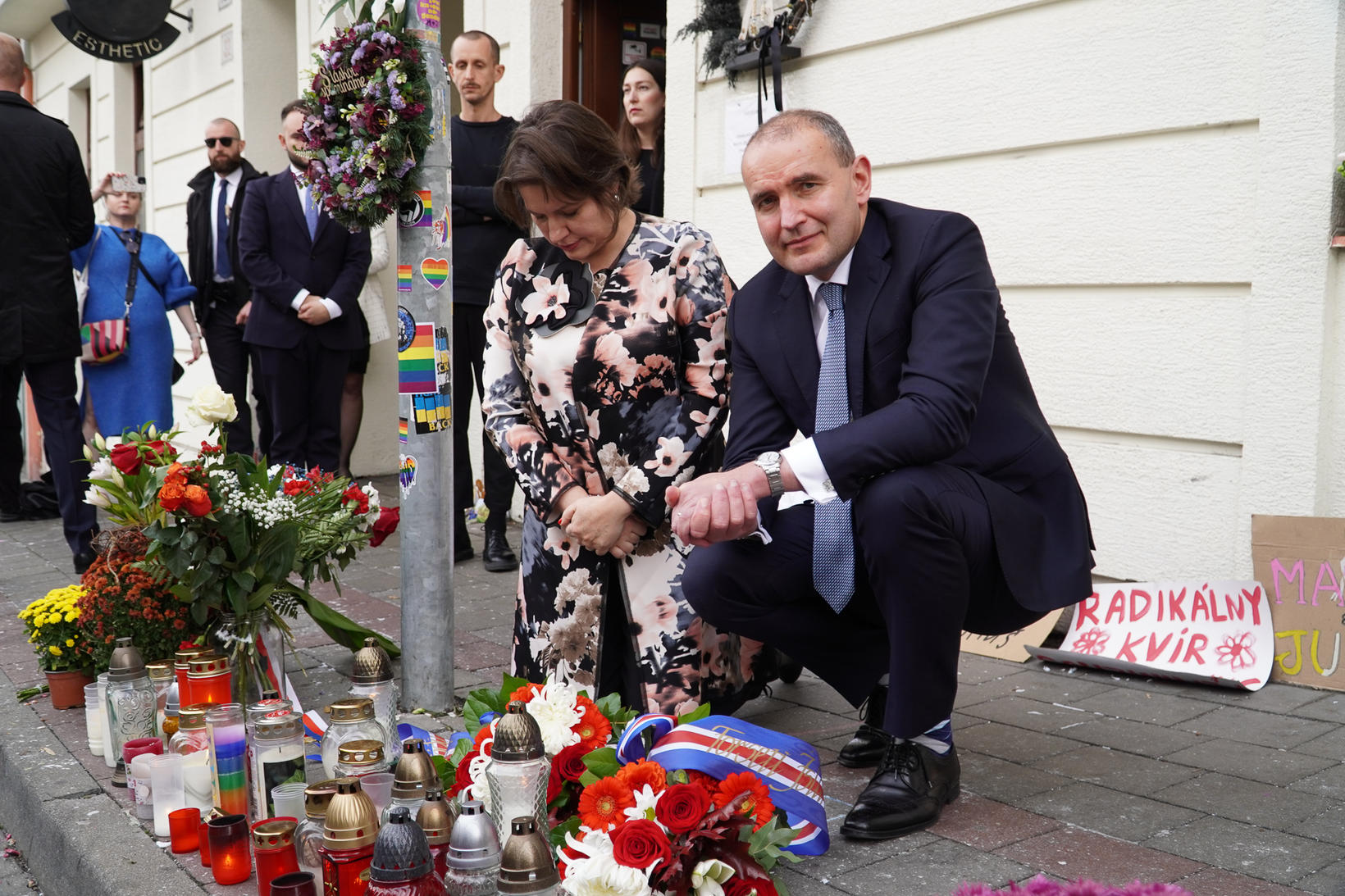 The President and the First Lady put flowers in front of a gay club where two people were murdered recently. Photo/Forseti.is

“We discussed the situation of queer people, but it is clear that it is very difficult to be queer in Slovakia. The conservative values of many people here cause queer people to be marginalized, to be ridiculed, and to be subjected to violence, as this terrible tragedy shows. There is a lot of work that needs to be done this regard. But the Slovak President is an advocate of reform, tolerance, and openness. She was delighted that my wife and I went to this place to talk to the representatives of the queer community.”