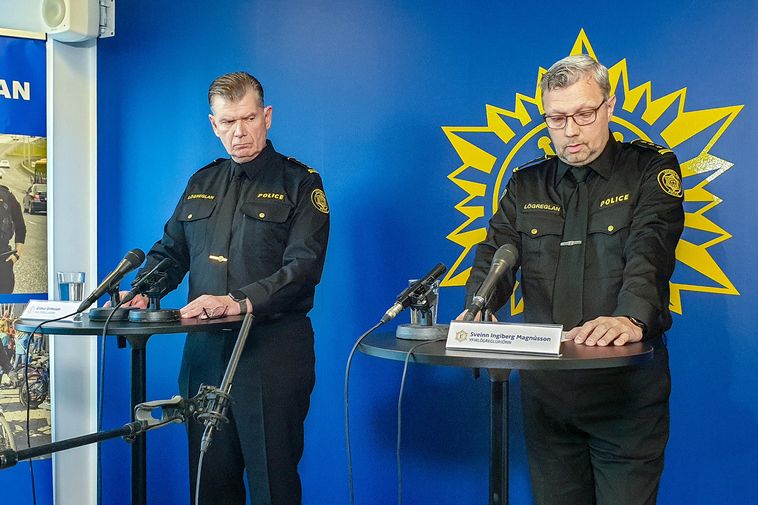 From the Press Conference this afternoon. mbl.is/Arnþór

The National Police Chief has asked to be excused from the investigation into alleged attempts of terror, because a person who is related to her family has been mentioned in regard to the investigation. The public Prosecutor agreed and now the investigative authority of the case resides with the District Attorney's Office.

The following information was shared in the Press conference at 15 PM today:

"The National Police Chief decided to step back as soon as this information was known because of possible conflict of interests," said Sveinn Ingiberg Magnússon, the Chief Police with the District Attorney's Office.

The police has searched 17 houses in relation to the  case and have taken over 60 items for further investigation. Dozens of weapons were found, as a result of the searches, and a few of them were partially made by a 3D printer, but the majority were regular manifactured fire arms.

More individuals have been arrested as well as the intial four, but none of them have been kept in custody.

The two men who are in custody are in solitary confinement. The detention of one of them has been extended until the 6th of October.

There has not been a hightened alert declared because of the investigation of the case, and the danger of terrorism is still estimated low, according to Grímur Grímsson Head Police Officer.

Magnússon said that the scope of the case is such that it will take the police quite some time to investigate all the data and the items that were confiscated during the house searches. There are eight teams at work on the case, focusing on different aspects of the case. The  3D printers,  digital data and the manifactured weapons are all part of the things that factor in the investigation.