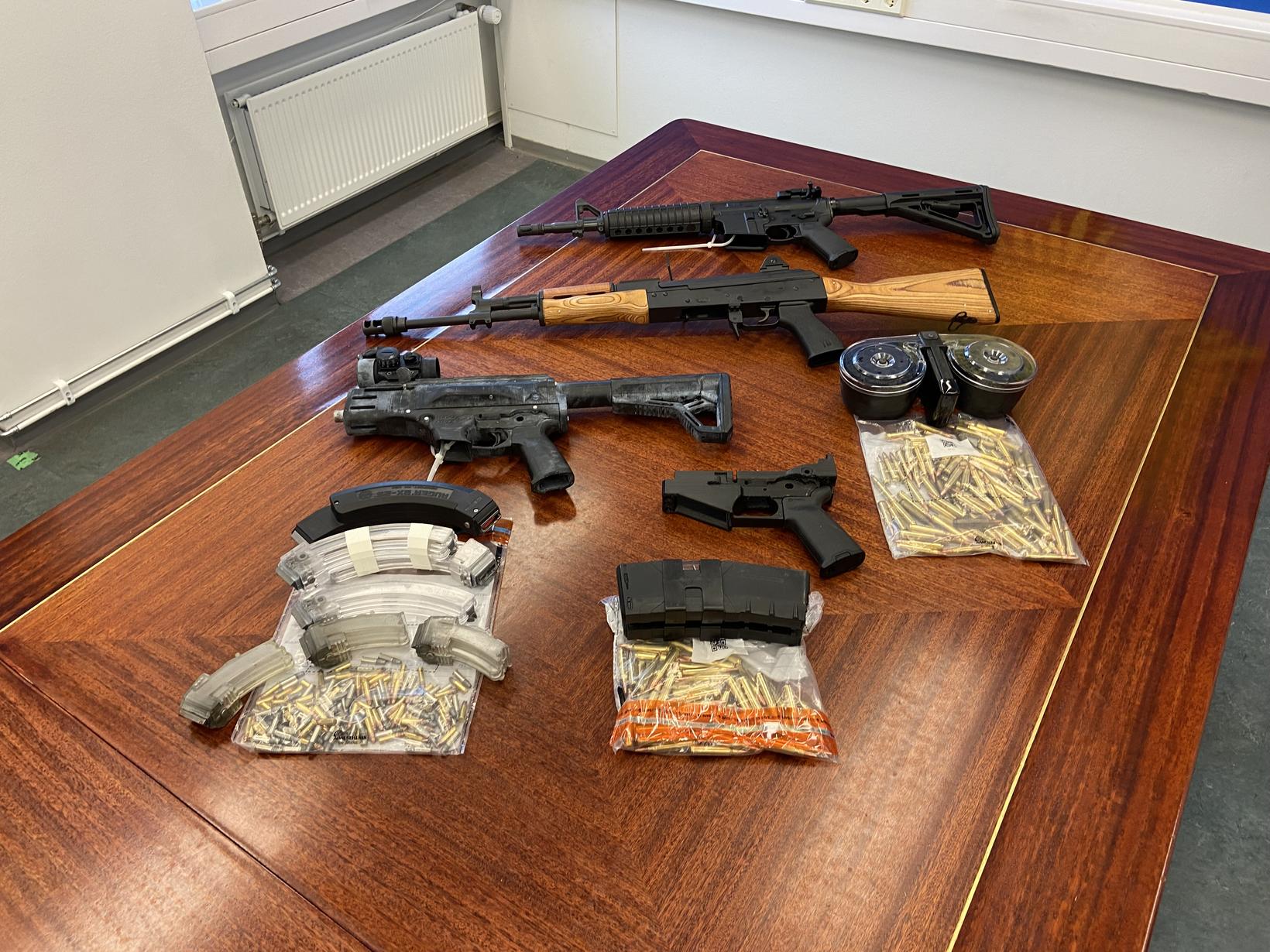 Here are some of the weapons the police confiscated during the house searches. mbl.is/Hólmfríður María

Most of the weapons, found in the house searches in relation to the case under investigation regarding the alleged intent of terrorist attacks, were factory manifactured firearms and were also legally registered, as was conveyed in the Police press conference yesterday.

Grím­ur Gríms­son, Chief police officer of the Reykjavík Metropolitan Police stressed that it had been reported that dozens of firearms had been found during the searches and some of them loaded.

People have been talking a lot about the 3D printed firearms, but Grímsson says that in fact the minority of the weapons were of that kind. Most of them were regular manifactured firearms, but some of them had been altered so they were semi-automatic. The police also confiscated gun silencers, knives and machetes. 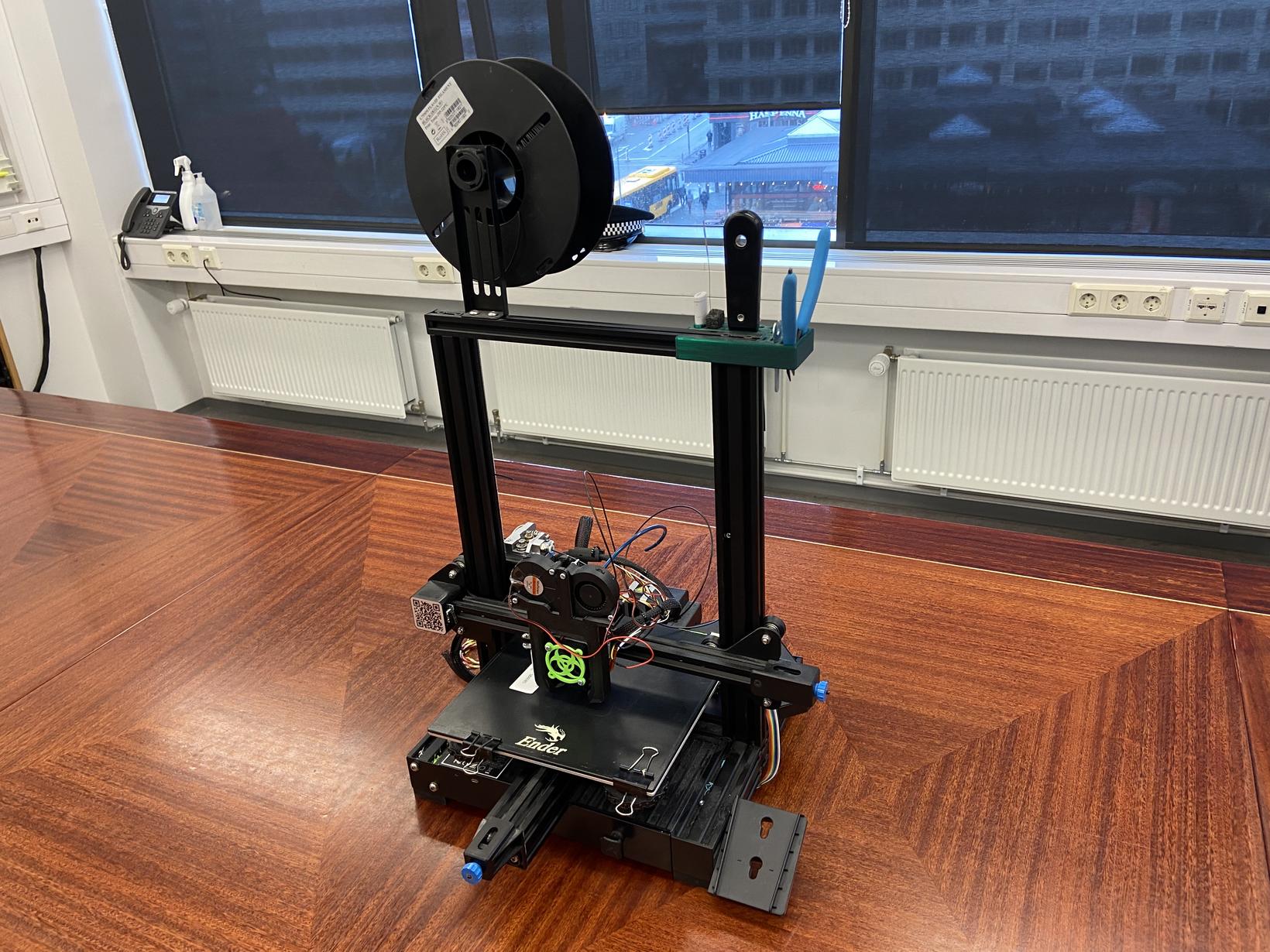 One of the items the police confiscated during the house searches. mbl.is/Hólmfríður María

Sveinn Ingi­berg Magnús­son, the Chief police officer with the District Attorney's Office said at the press conference that there was no doubt that the possibility to manifacture dangerous weapons with the 3D technology was a real problem and that the police is investigating how much of gun parts were printed, but a part of the weapons were a hybrid of regular factory weapons enhanced with 3D printed parts.

When asked whether it had been verified that these were actual functional weapons Grímsson said that the police had not yet tested them, but there was a reasonable suspicion that they were functional weapons. However, these kind of weapons are not tested in the same manner as regular firearms, because there were more security issues to consider before testing these kind of weapons.