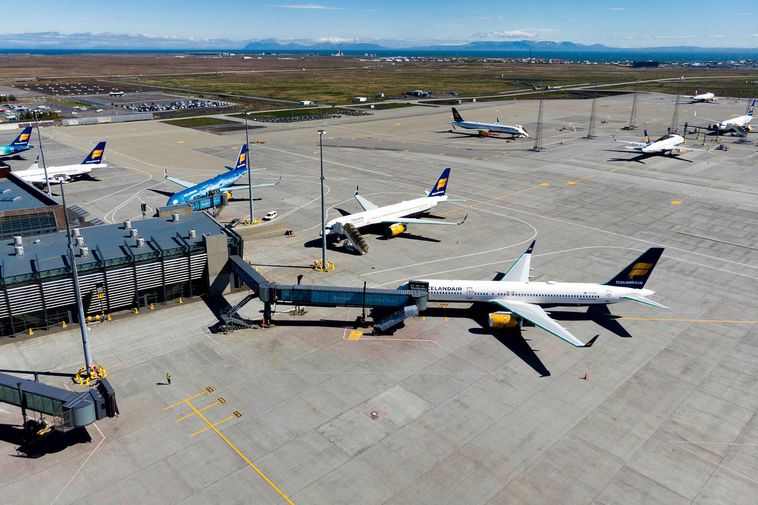 All traffic at Keflavík Airport has been postponed while authorities are ensuring safety. mbl.is/Kristinn Magnússon

Just before midnight a cargo airplaine landed in Keflavík Airport after a threat about a bomb being on board the airplane was received. This was confirmed by the Chief of Police in Reykjanes peninsula, Úlfar Lúðvíksson, to mbl.is

Because of the threat all air traffic to and from the airport was postponed and some airplanes have been turned back, and some were flying around the airport waiting for news.

According to mbl.is sources the cargo plane was coming from Cologne in Germany and was on its way to the state of Kentucky in the United States, when the bomb threat was received.

The cargo airplane landed just after 11 PM and the police authorities were investigating the matter into the night.

There will be updates when more is known.