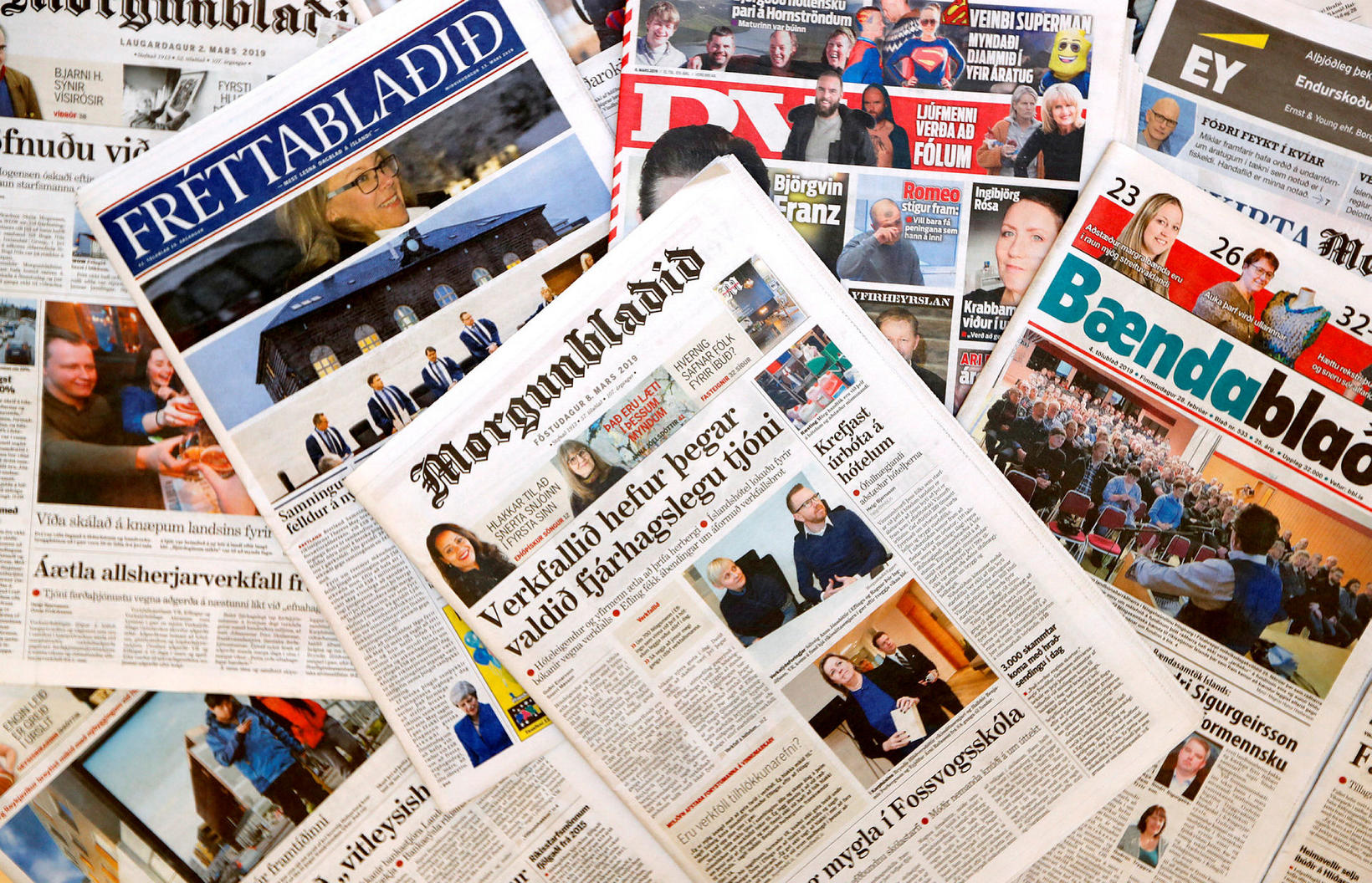 A letter was sent to 10 media companies in Iceland inviting them to go to Ukraine and write about the coming elections in the annexed areas this weekend. mbl.is/Eggert Jóhannesson

“This fund is sponsored by the Russian state. That is all I know about it, but I am in good contact with the fund manager, a woman, I have known for years, but she is one of the ministers of the self-governing area of Vasilkiv,” says Konráð Magnússon, but he sent today a letter to ten media companies in Iceland with an invitation to visit the Donbas area in Ukraine, where a referendum will take place next weekend. There it will be decided whether the Donbas area with the Donetsk and Luhansk regions want to  become a part of Russia.

When asked about the name of the person managing the fund he does not want to reveal that.

“I have not asked her if I can reveal her name. I won’t do it until we meet tomorrow or the day after. I am not sure when.”

“Russia is my second home”

Magnússon lives in Reykjavík but calls Russia his second home. His ex-wife is Russian and he has been living there on and off since the turn of the Century and speaks good Russian.

“I first went to Russia in 2002 and there I met my former wife. I was in Russia quite a bit while she was finishing her studies. I lived there as much as I my visitor’s visa allowed. Ever since I have spent a lot of time in Russia and made a lot of friends and aquaintances, both from Russia and Ukraine, but I see those countries as basically the same,” Magnússon says. 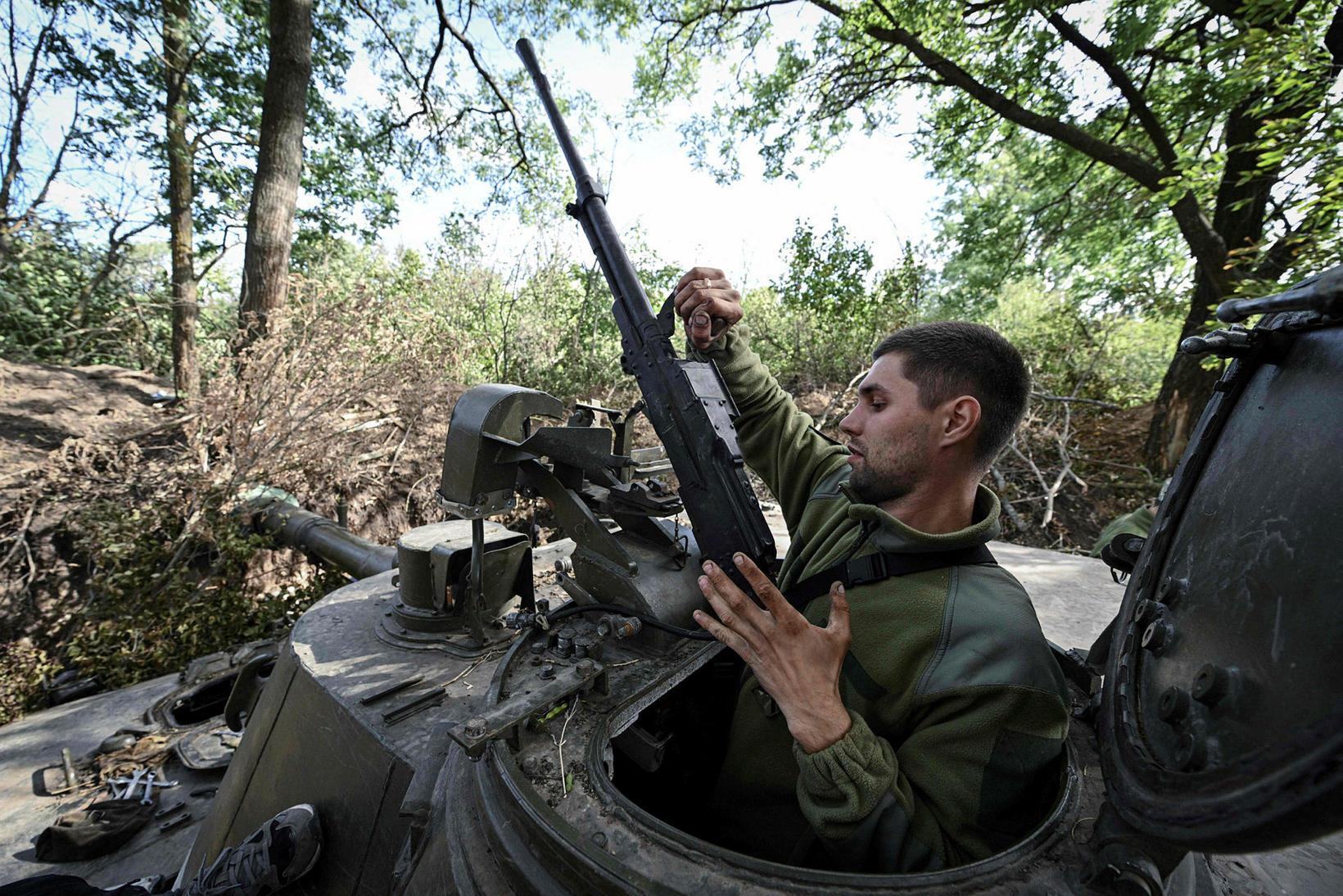 When asked whether he has any contact with the foreign service or the authorities in Russia, he says no. He says he is just an ordinary man trying to do a favour for his Russian friends.

“In this instance I immediately told them that this was a very short notice, but I would do my best. Under normal circumstances I would not have sent a letter like this, but rather talked to a few people in person.

But the way I see it, I am getting information out to independent journalists out there by sending the letter to the big media companies, if they write about it.”

Is probably going by himself if nobody contacts him tonight

Magnússon says that nobody has accepted the invitation yet, but he has had a few phone calls where people want to know more about the offer. He did not expect the big media companies to accept the offer, because of the short notice.

“In this instance I was contacted because of my friendship, in the hope that an independent journalist would write about the referendum. As I have been explaining to those who have called me, the news from this area is often biased, taken from foreign media who do not really know what is going on.” 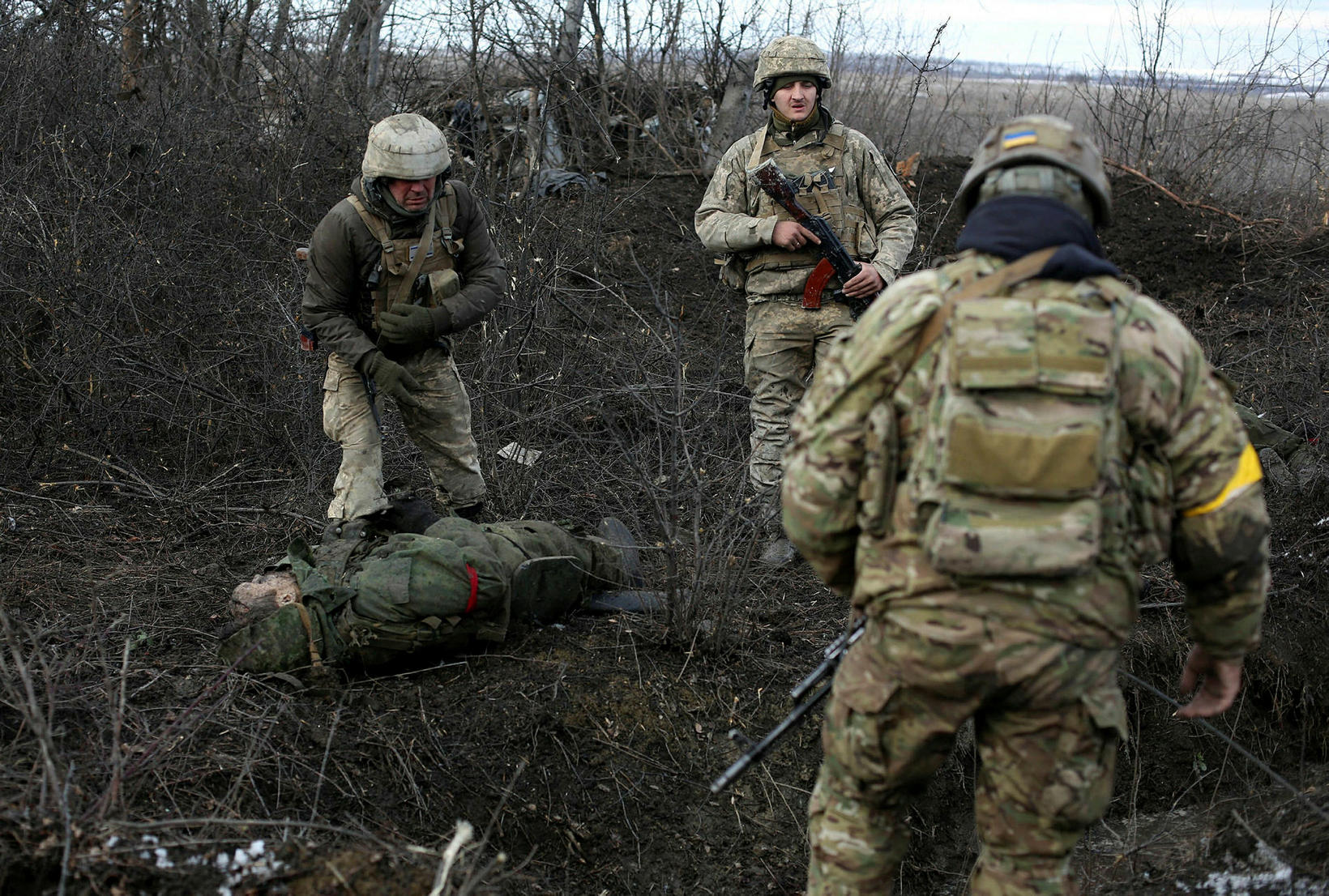 Ukranian soldiers in Luhansk with a fallen Russian soldier. AFP

The journalist interviewing Magnússon tells him that many media companies are in contact with Icelanders in Ukraine. For example mbl.is and Morgunblaðið have been working with the photographer Óskar Hallgrímsson, who lives in Kiev, and he has sent photographs and is regularly interviewed.

Does not want to take sides

-What if no media company accepts the offer, will nobody go then?

“If that happens, I will probably just go by myself. I told them to talk to me again at 18 PM and if nobody had accepted by then, I will give up on anybody coming,” he says.

“I have not decided if I will go by myself. I can go if I want to, but have not decided yet.” Magnússon says he does not want to choose sides in this war and that he has friends from both Russia and Ukraine.

“I decided immediately when I moved to Russia to be apolitical, because politics are boring and nothing but complications. The only thing that I want is that people get the real news. I know in a war the truth disappears fast and both parties start writing the things that profits them the most.”

The journalists can speak to the people

When Magnússon is asked whether he doesn’t think a sponsored trip to the annexed areas is supposed to result in a narrative that benefits the Russian authorities, he says it might.

“Yes, I think you might be right,” he says and adds: “That is why I asked specifically about whether the journalists would have to go through some prescreened process or whether they can talk to whomever they choose. The answers I got was that they could speak to the people and this would not be orchestrated, except that some areas are off limits because of security reasons.”

- You mean they cannot go to the battlefields?

“Yes. This is something that journalists should be able to see through and choose the right people to talk to.”

Magnússon says that visas will be provided for those who accept the invitation and they will both get the flight and accommodation free of charge. Furthermore, there will be a strong security for the media. The plan is to fly to London tomorrow and from there to Istanbul in Turkey and from there to Moscow in Russia. A special flight from Moscow will then be provided for the journalists to go to Luhansk to witness the referendum on Sunday. 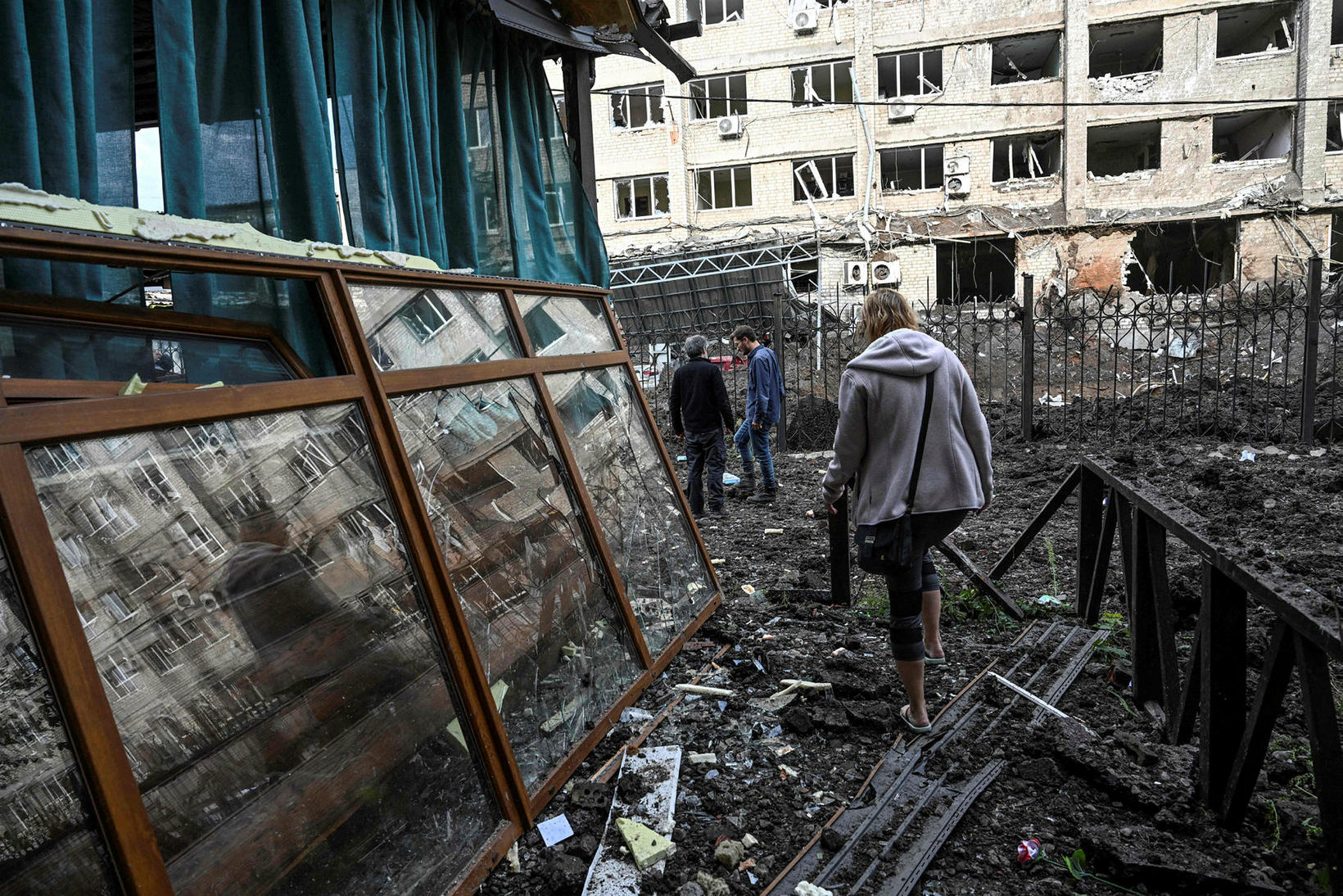 A building in the Donetsk region. AFP/Juan Barreto