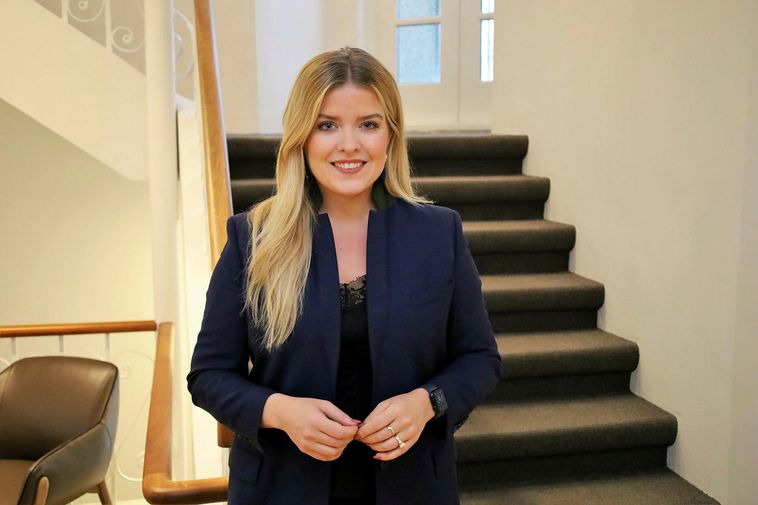 Áslaug Arna Sigurbjörnsdóttir was voted Politician of the Year 2022 at the One Young World Conference in Manchester in England. mbl.is/Sigurður Bogi

Áslaug Arna Sig­ur­björns­dótt­ir, the Minister of Higher Education, Science and Innovation, received yesterday the Politician of the year 2022 awards at the One Young World conference in Manchester in England.

Sigurbjörnsdóttir var voted the winner from a group of 15 young politicians from all over the world that had been nominated for the award.

In Iceland young people get the chance to make a difference

"This is an encouragement and a very nice accoloade, not just for me personally, but highlighting the fact that here in Iceland, young people get the chance to make a differene," Sigurbjörnsdóttir said when it was revealed that she was the winner.

The award for the Politician of the Year were first granted in 2018, but the award is meant to put young and promising politicians into the limelight all over the world. On the website of One Houng World it is stated that the annual conference is meant to bring together more than two thousand people all over the world who have it in common to be leaders in their field.