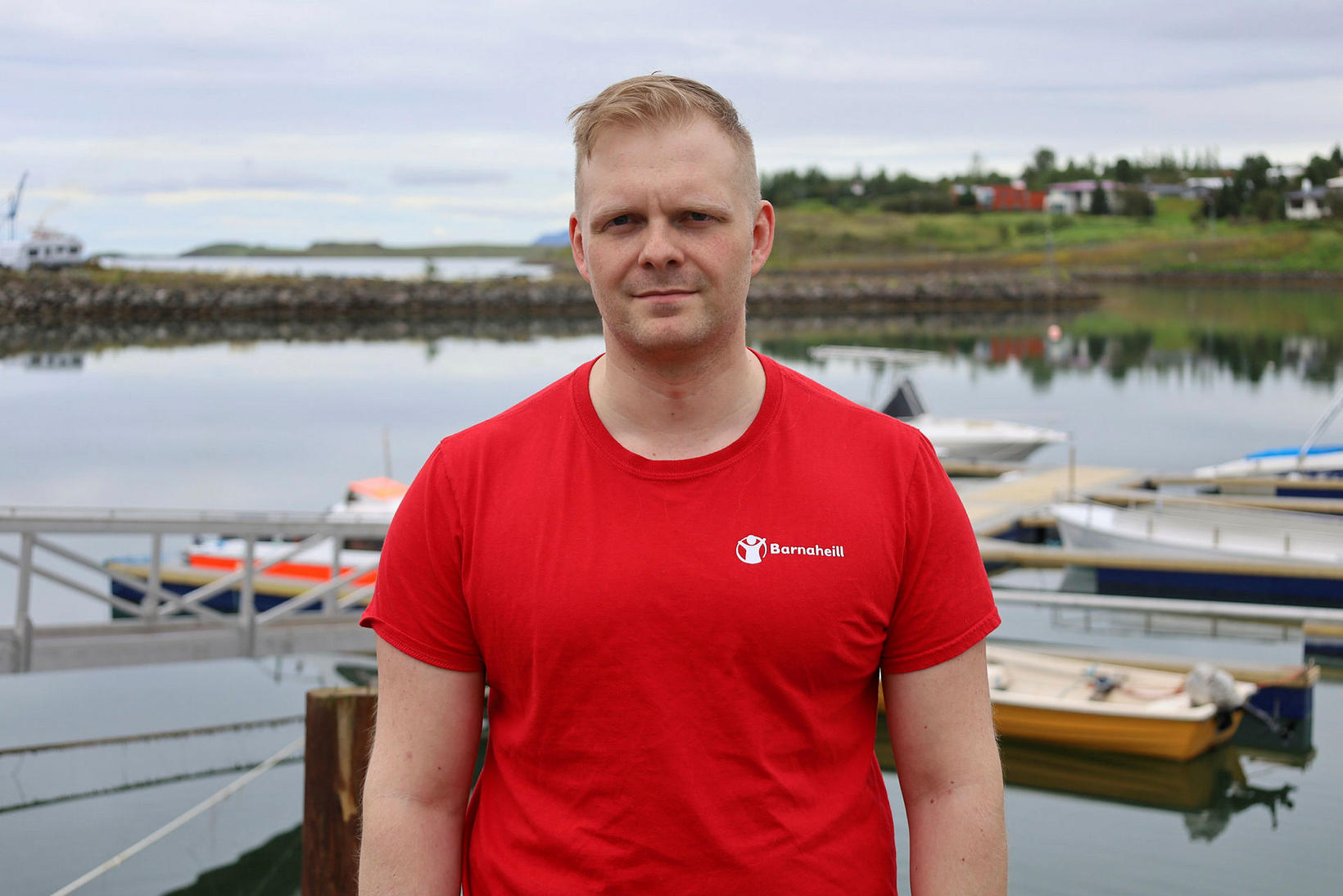 Sigurgeir Svanbergsson is not shy of difficult challenges and thinks the real key lies in the mindset. Morgunblaðið/Sigurður Bogi

Sig­ur­geir Svan­bergs­son managed to swim from the Westman Islands to Landeyjasandur to raise money for the Association Barnaheill like he set out to do. The money that was raised will go to children who are living in war zones.

The distance between the Westman Islands and land is twelve kilometers and Svanbergsson started at 16 PM on Friday. He reached land just before midnight, at 23:50 after spending almost eight hours in the sea.

You get to know yourself in ways that cannot be expressed

According to Westman Islands news, Svanbergsson is the sixth person to swim this route to their knowledge. In the Westman Islands swimming pool it is a custom to engrave the names of individiuals who swim from the island to land on a cup called the Eyjasunds cup.

According to Westman Islands news website Svanbergsson loves a good challenge. "Swimming long distances in the sea is something I see as a perfect test. You really get to know yourself in a way that cannot really be expressed in words. You need to be absolutely aware that once you are in the sea, you are not going to stop until you reach your destination. If you stop, you could be losing precious time."

Learned by trial and error

Svanbergsson is not a novice when it comes to swimming in the sea, but in 2021 he swam across Kollafjörður, from Kjalarnes to Reykjavík. That route took 9 hours and the distance was 12 kilometers.

"Last year I learned a lot about what it takes to make this kind of a challenge successful and I did a lot of mistakes that I have learned a lot from. Basically, it is all about how far your mind lets you go. When do you think your energy is depleted and when is it actually depleted. What does it take to push you to exhaustion and close to giving up, but still keep on goingl. How is your mindset when you start and when you have been swimming for hours?," Svanbergsson is quoted saying in the Westman Island news.

On the Facebook page dedicated to raising money for the cause, Svanbergsson, posted a video from the swim.