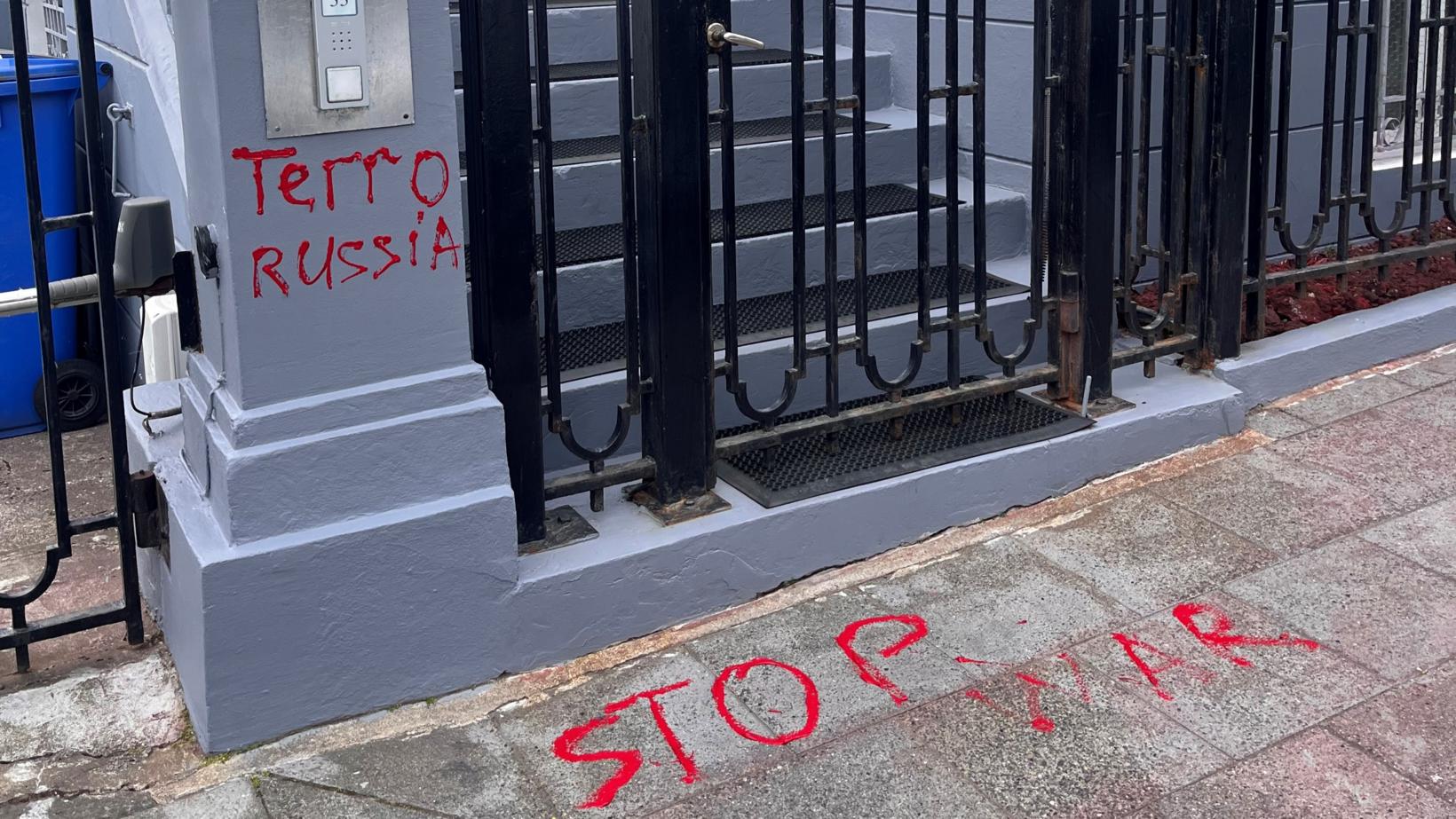 The woman used red paint when she was protesting outside the Russian embassy. Ljósmynd/Aðsend

The police in Reykjavík arrested a ukranian woman for painting on the fence and on the pavement outside of the Russian Embassy at Túngata 24 yesterday.

The woman was arrested and interrogated at the Police station at Hverfisgata as a result, but she was released after. The police confirmed the story to mbl.is.

The woman painted the words "terro Russia" on the fence outside the embassy and "stop war" on the pavement. 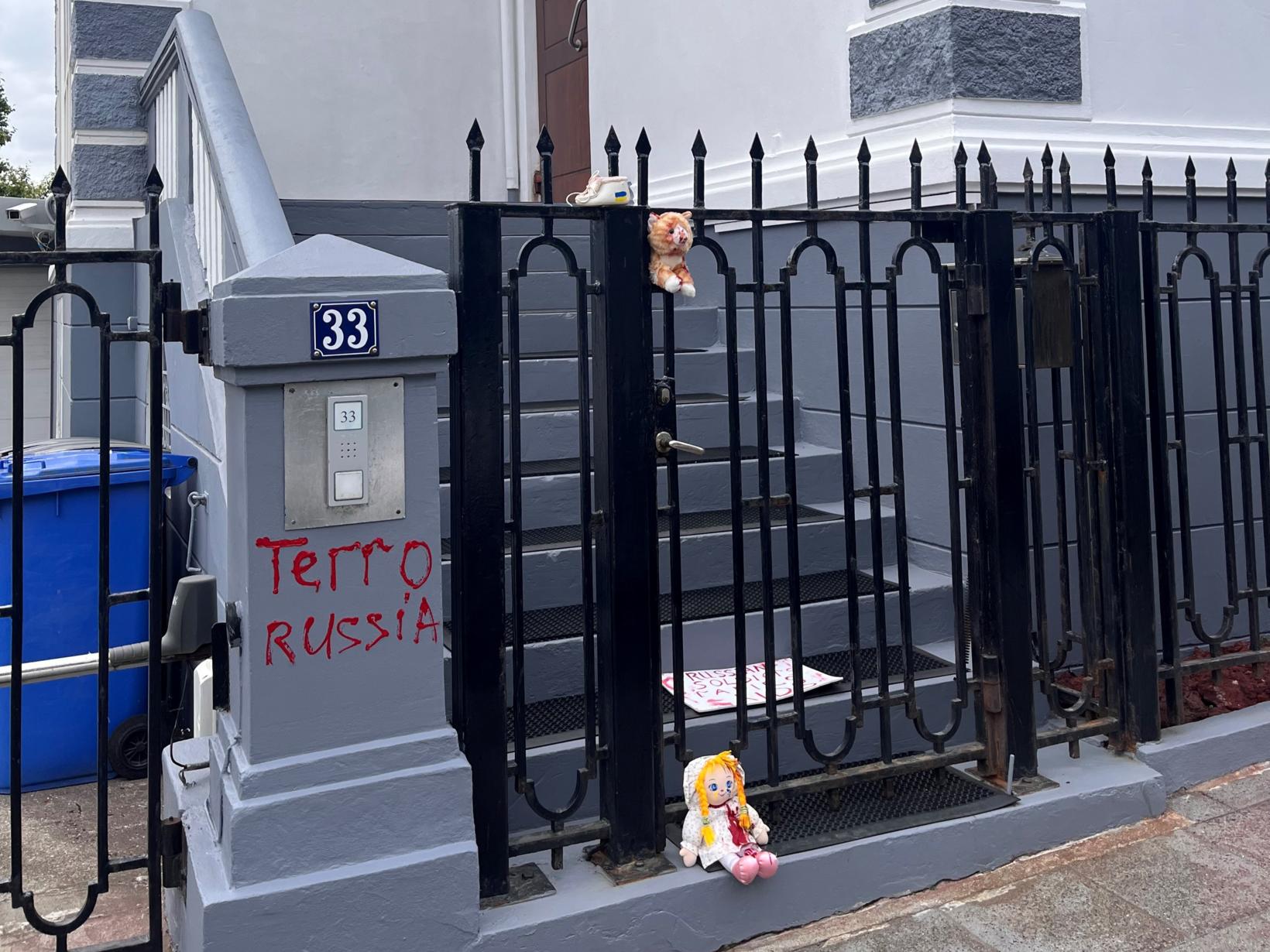 The Icelandic police told the woman to protest more peacefully in the future, but she said that the public is already numb over the situation in Ukraine where war crimes are happening on a daily basis. Ljósmynd/Aðsend

The woman, who wanted to remain anonymous said in an interview with mbl.is that the public were already numb when it came to the war in Ukraine. Nothing has changed or turned for the better and the Russians are still flying the same flag at the embassy at Túngata as they do in Ukraine, where they are comitting war crimes.

She told mbl.is that she had been kept over two hours in police custody. The police told her that the embassy might sue her for her actions, even though that is not clear yet. The police had suggested to her that she would protest in a more peaceful manner in the future.