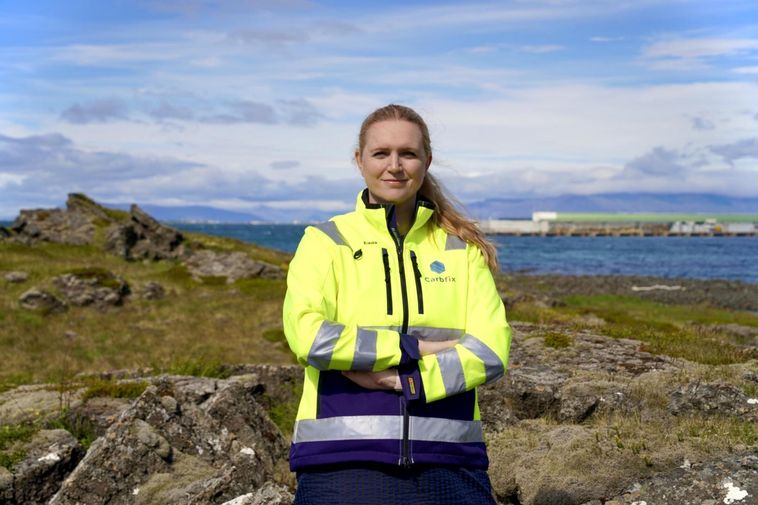 The Icelandic company Car­bfix gets the highest EU grant any Icelandic company has been awarded from the  EU Innovation Fund.The grant is 16 billion ISK and is for the development and building of Coda Terminal plant in Straumsvík. This will be the first plant of its sort in the world.

The estimated start of production of the Coda Terminal Plant is halfway through 2026 and the plan is to reach full production at 2031 and then three million tons of CO2 will be reduced into stone. That means thatit is like  65% of all CO2 emissions from Icelandic sources like power plants or factories in the year 2019 will be eliminated by the Carbfix method.

How does it work?

On the website of Carbfix the method is explained:

"In Iceland, a method has been developed that takes this captured CO2 and turns it into stone, deep underground. This might sound like magic, but it is actually the Earth’s way of getting rid of excess CO2 from the atmosphere: nature turns the CO2 into stone using metals that are present in certain rocks (2). The best rocks for this process are volcanic rocks, such as basalt and peridotite, which contain a lot of the metals needed for this reaction. In nature, this is a slow progress—too slow to prevent the global warming that is currently affecting the Earth."

The biggest EU grant to date

In the announcement from Carbfix it is reported that the grant for Carbfix is the biggest grant any Icelandic company has been awarded from the European Union. The EU Innovation Fund is one of the biggest supporter of green innovation projects and the fund is part of CINEA, The European Climate, Infrastructure and Environment Executive Agency.

The Innovation Fund has committed to spending 38 billion EUR in the decade 2020-2030 for projects that work on solutions to get rid of CO2 reduction in European industries. Big enterpreneurial projects as well as smaller ventures within the European Union can apply for grants from the fund.

"This is first and foremost a great acknowledgement of our work here in Carbfix and it helps us get Coda Terminal running on a level that we can start reducing CO2 on a mass scalein Straumsvík. We want Iceland to lead the way when it comes to reducing emissions because we have the perfect place to do it both safely and permanently. Out method is based on Icelandic ingenuity and it is out vision that this method can be used worldwide," says Edda Sif Pind Aradóttir the director of Carbfix in the announcement.

It is estimated that the EU grant covers just over one third of the cost of the project. The rest of the money will be funded by investors by participating in a special investing company which is a subsidiary of Carbfix. In the announcement it is stated that negotiations are already in the works with interested investors and that it is looking positive.