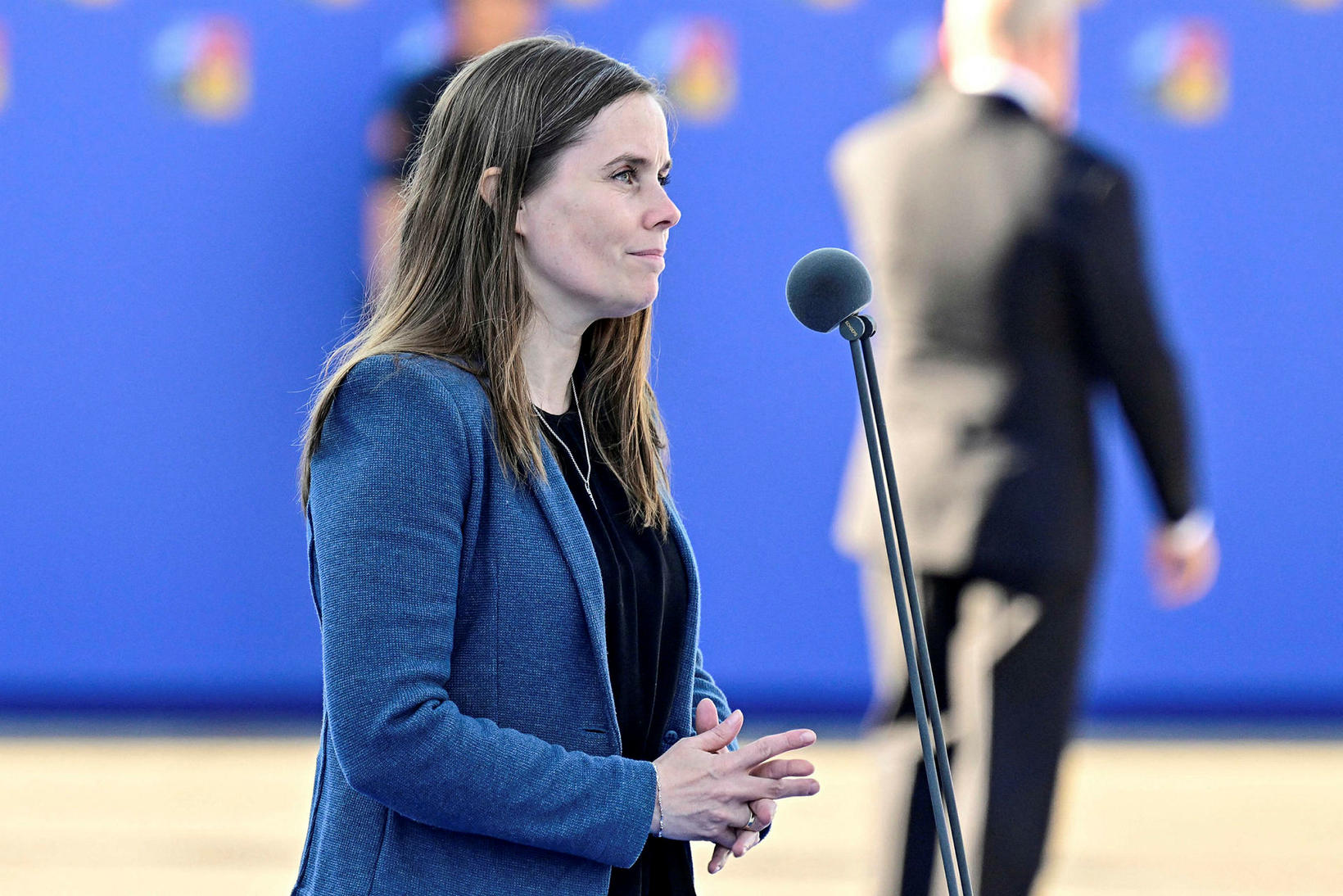 The Prime Minister of Iceland, Katrín Jakobsdóttir, at the NATO Summit in Madrid in Spain yesterday. AFP

Katrín Jakobsdóttir the Prime Minister of Iceland said it was a historical moment yesterday when Finland and Sweden made a pact with Turkey regarding their application to NATO. Turkey was the only NATO country opposing them joining. This means that both Finland and Sweden will be offered  to become one of the NATO nations. Jakobsdóttir is now at the NATO Summit in Madrid, Spain.

"This was not an easy decision to make, but they are very insistent in making this call. And Iceland has, of course, been supportive of the countries, in this process and Finland and Sweden't democratic decision to apply for NATO," she says to mbl.is.

Now all the countries in NATO need to accept the membership applications but Iceland has already done so with a parliamentary motion that was agreed upon in earlier in June. It is not certain when Sweden and Finland will be members of NATO, but hopes are that it will happen fast, according to Jakobsdóttir.

Applying because of the situation in Europe

- What do you think about the pact the countries made with Turkey?

"We have said before that we think it was inappropriate of Turkey to bring issues that we feel are not related to Finland and Sweden's application. These countries are applying because of the situation in Europe, and with that in mind we don't think it was appropriate to bring these issues up."

The pact between Turkey, Sweden and Finland is still unclear and only time will tell what it actually includes, but it is known that it concerns the situation of Kurds, the selling of military weapons and distribution of arms.